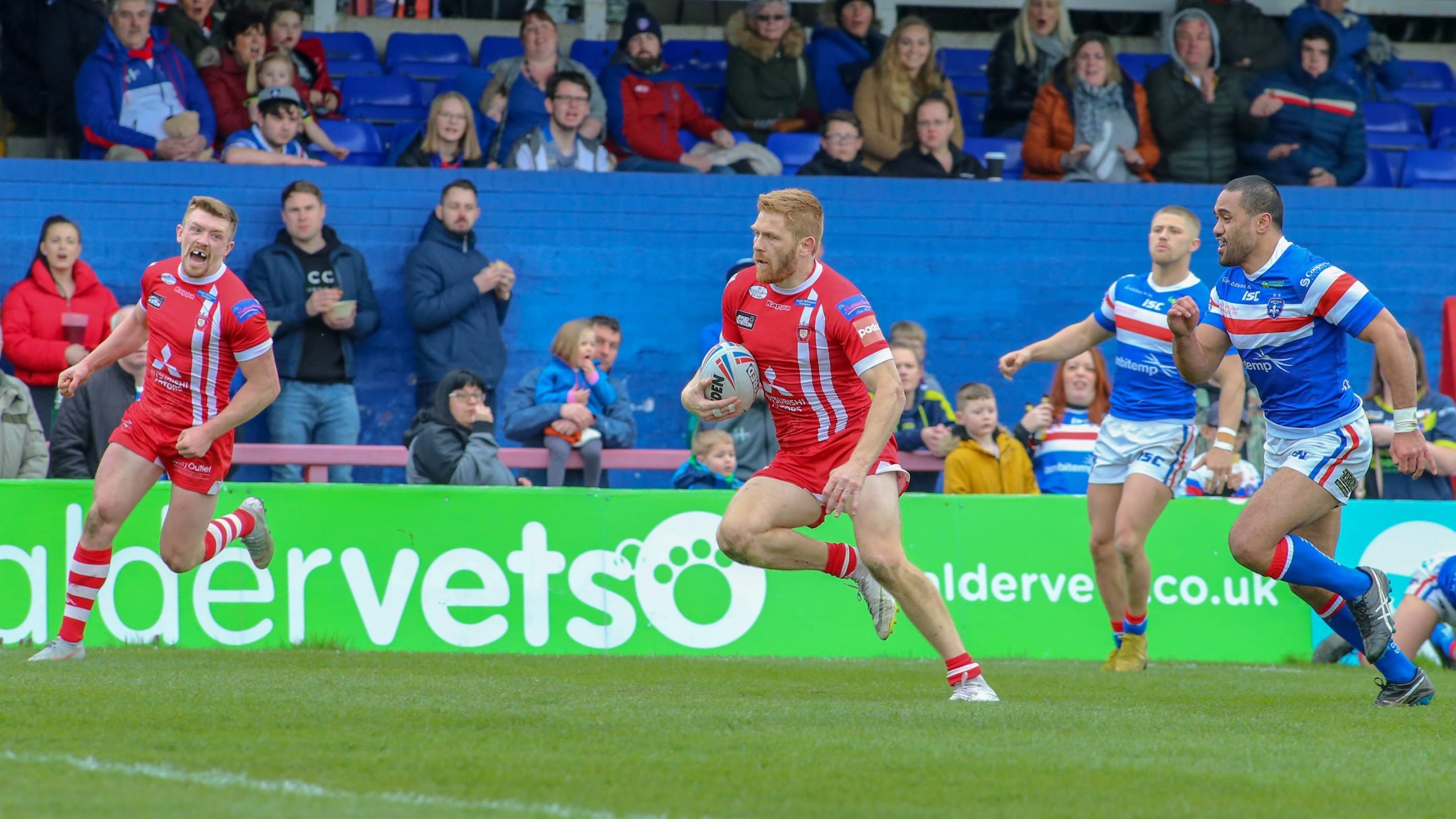 Salford Red Devils fell to a 33-22 defeat against Wakefield Trinity at the Mobile Rocket Stadium.
Wakefield opened the scoring through David Fifita, but this was soon cancelled out by Niall Evalds. Tries for the hosts followed from Ryan Hampshire, Reece Lyne and Pauli Pauli while Kris Welham crossed for Salford.
Jacob Miller furthered Wakefield’s lead in the second half. Quickfire tries from Derrell Olpherts and Jackson Hastings gave glimpse of a fightback but Brough would add a penalty and drop-goal to give Wakefield the victory.
Fifita’s try came on the back of a number of dropped balls from both sides with three Red Devils failing to gather possession before the prop-forward scooped up the ball to score. Brough converted.
Wakefield’s lead didn’t last long however as Salford broke free down the left-hand side and Olpherts’ clever kick inside was pounced on by an onrushing Evalds. Chamberlain’s conversion levelled the scores.
On the 20-minute mark, Wakefield restored their advantage as Hampshire jinked his way through the Salford line. The hosts would score again minutes later as Miller’s cross-field kick was taken by centre Lyne. Brough converted both.
Salford would narrow the deficit as Rob Lui’s looping pass found Ed Chamberlain who streaked away and found Welham in support with the experienced centre scoring on his return. But Wakefield finished the first half scoring as Pauli powered over from close-range. Brought’s conversion ensured Trinity had a 14-point lead at the break.
It was Wakefield who opened the scoring in the second-half, also. Brough’s clever reverse kick was taken by Miller to the right of the posts. Brough again converted.
The Red Devils would muster a mini-revival as Hastings found Bibby who in turn pulled off an exceptional offload to Olpherts who scored in the corner. Chamberlain converted from the touchline.
Hastings – who was involved in the previous try – again looked to the left-hand side but cut back inside himself and barged his way over despite the efforts of three Wakefield defenders. Chamberlain converted to reduce the arrears to eight points.
With 15 minutes left on the clock, Brough added a penalty goal and then followed with a drop-goal just two minutes later to move Wakefield into a 33-22 lead which they would see out despite Salford’s late pressure.