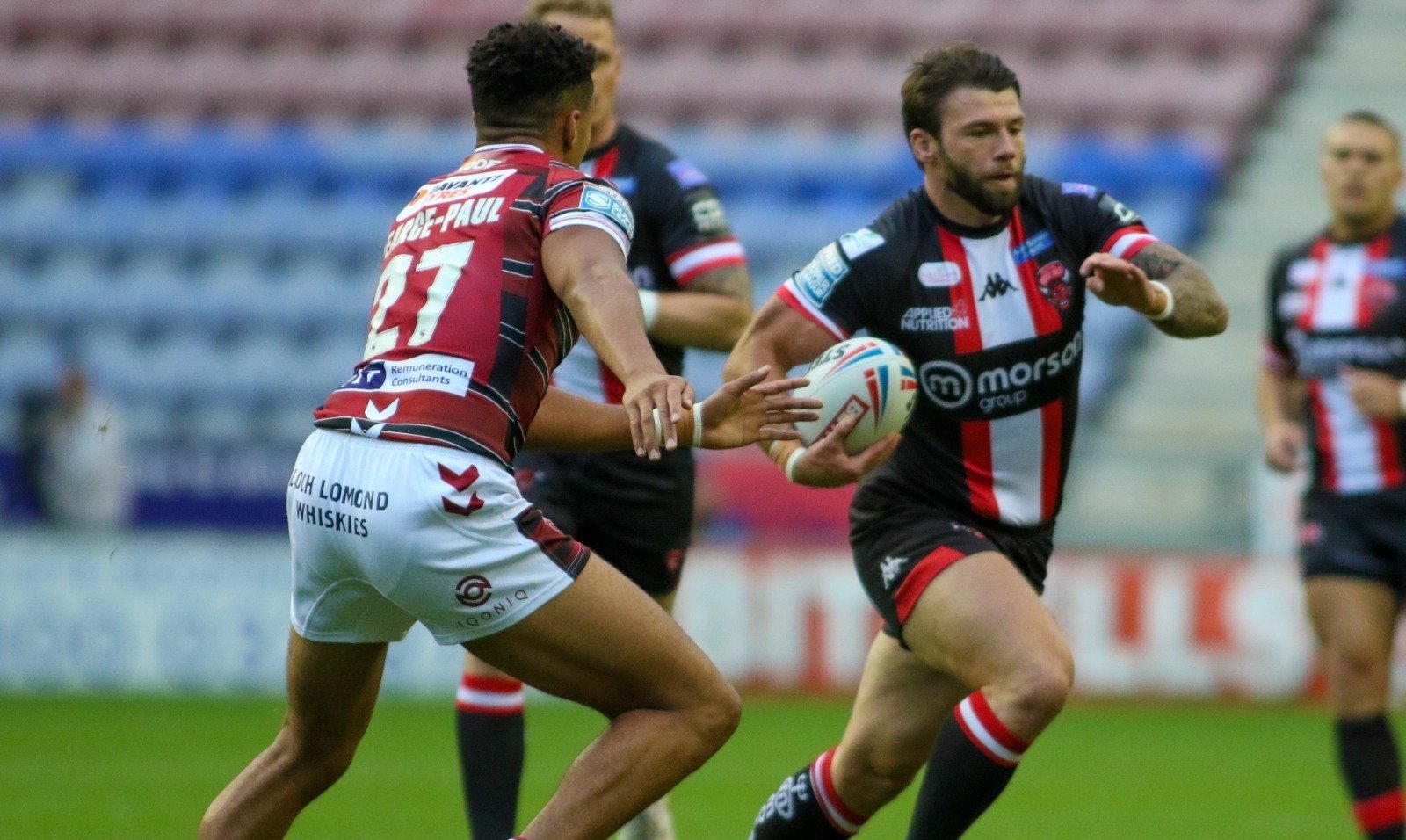 Despite leading at the interval and going toe to toe for the majority of the game, Salford Red Devils fell to a 16-6 defeat against Wigan Warriors tonight at the DW Stadium.

The hosts only pipped Salford by one in terms of number of tries scored but it was three penalty goals due to poor discipline that arguably cost Salford the game.

Wigan went over first after 13 minutes through Sam Halsall, who dived over in the right corner.

Salford born Ellis Robson, who is currently on loan from Warrington Wolves, came on just before the 20-minute mark to make his Red Devils debut, five minutes before Marshall’s men got themselves on the scoreboard.

Fast hands down the line from right to left opened up a gap in the left corner for former Wigan man, Joe Burgess, to dive over acrobatically.

In the 32nd minute, an altercation between Josh Johnson and Morgan Smithies saw both sides lose a player to the sin bin, with both men not returning until two minutes into the second forty.

Just before the hooter to signal halftime, Salford were awarded a penalty 30 metres out and opted for the two. Harvey Livett converted and the Red Devils went into the break with a slight lead.

The second forty saw Wigan awarded three penalties, opting for the two each time, with Harry Smith converting all three.

The latter of the Wigan penalty goals involved Ata Hingano seeing yellow after a high tackle on Jackson Hastings in front of Salford’s sticks with 17 minutes to go.

John Bateman sealed the victory for Wigan in the 68th minute, powering over to the left of the sticks to ensure his side finished the game as victors.

Salford now regroup and look to our home game against Huddersfield Giants on Friday 13th August, which promises to be an exciting affair with unrestricted crowds at the AJ Bell Stadium for the first time since Friday 13th March 2020. Get your tickets HERE.