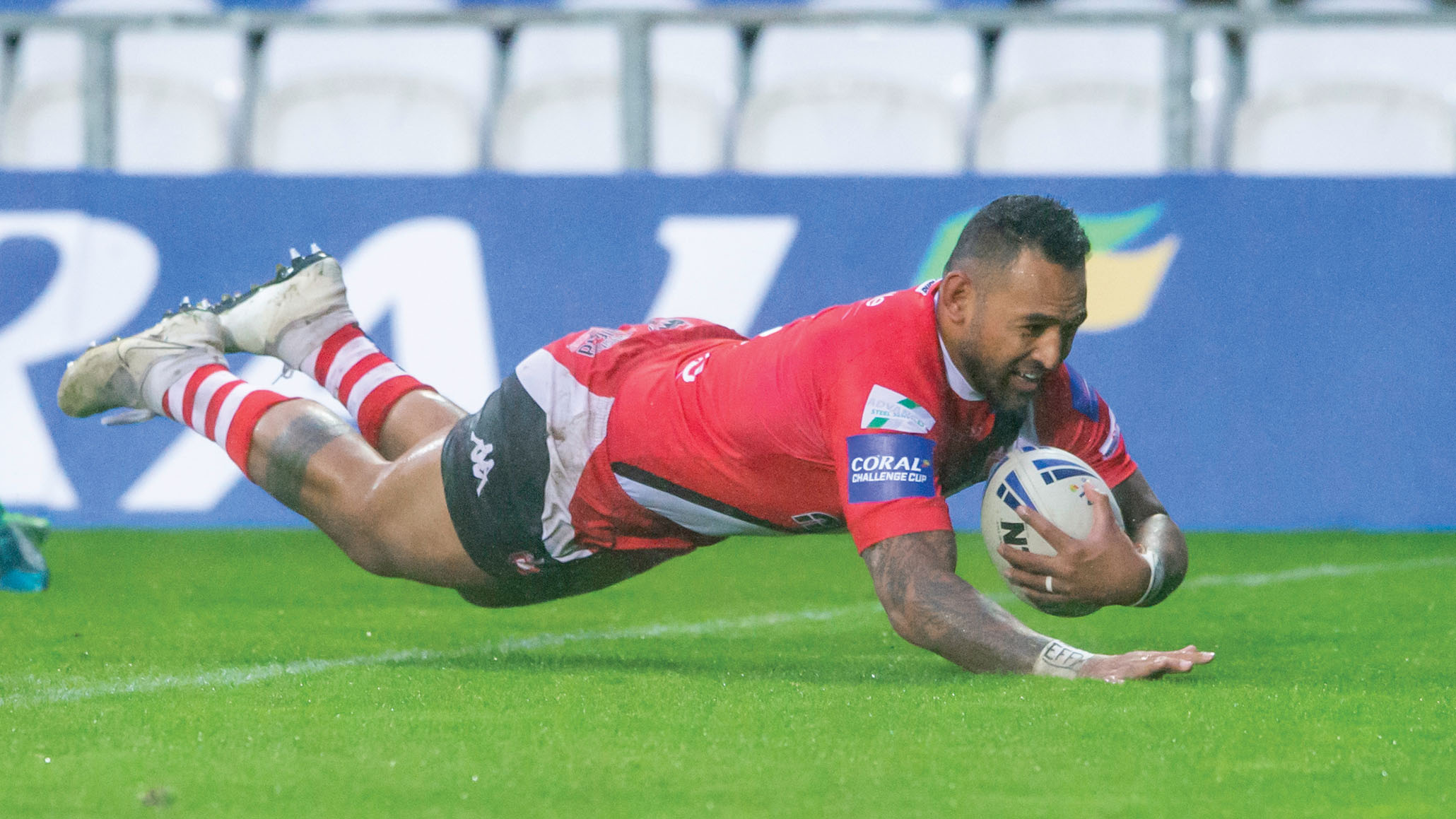 Salford Red Devils are pleased to give all supporters the perfect Christmas present, with confirmation that Krisnan Inu will remain at the Club.

After a season where he claimed a place in the Betfred Super League dream team and finished as both the Red Devils’ top points-scorer and try-scorer, supporters will be excited to see Inu back in action at the AJ Bell stadium during the 2021 campaign.

The New Zealand and Samoa international said: “I’m really pleased to have extended my stay at Salford.

“I love playing here and I think that helped me get back to my best last season.

“The boys are great to be around and it’s been two finals in two years for us since I arrived, so we all want to go that one step further now.

“Everyone is excited for our first proper home match since March and I’ve definitely missed that atmosphere.”

Inu has had a number of memorable moments during his time at the Club, which include kicking goals at Old Trafford and Wembley, as well as a crucial try in the 2020 Coral Challenge Cup Semi-Final.

Supporters can see more of him in action with a 2021 season ticket, but must purchase this month to do so at the cheapest possible price. Season tickets can be purchased online 24/7, but callback requests must be sent before 5pm on December 30, to take advantage of the early bird offer. Further details can be found HERE.

“His composure, power and unparalleled skillset make him a great part of the squad and speaking to the other players, they will be really pleased to have him onboard again.

“Alongside some recent additions, this makes our options in the outside backs very strong indeed. I look forward to seeing them competing in preseason.”

The extension of Inu’s contract for the 2021 season, follows the announcement of Greg Burke’s new deal and they will be joined by a number of new signings in 2021.

Director of rugby and operations Ian Blease said: “We know this is the one everyone has been hoping for and are delighted to confirm Krisnan is back, as our Christmas present to the supporters.

“He was unbelievable on the field last season and off the pitch, he has one of those characters which lifts everyone.

“The backing of our supporters in such a tough year has been phenomenal and so it’s only right, he also helps us give that lift to each of them this Christmas.”

If you are interested in sponsoring Inu, or another member of the 2021 squad, please email: hannah.kilby@salfordreddevils.net