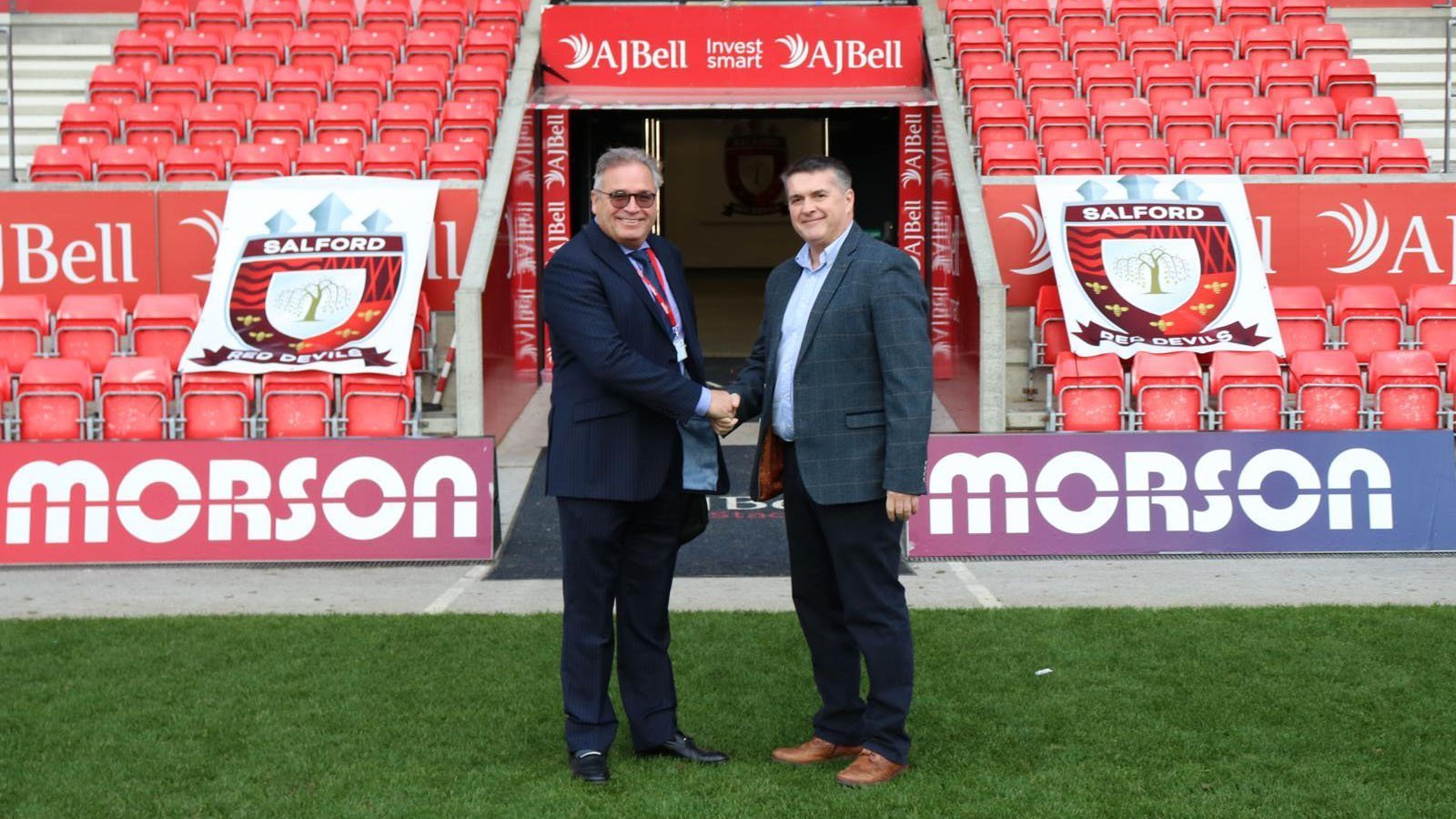 Salford Red Devils are delighted to announce Morson have joined the club as main sponsor for the 2020 season.
The logo of the UK’s No.1 Technical Recruiter will be displayed on the front of the Red Devils’ home, away and magic weekend shirts.
Salford Red Devils director Paul King said: “This agreement is a symbol of the direction in which the club is travelling ahead of the 2020 season.
“To have formed a partnership with a global brand shows the level the club intends to operate at, following our Grand Final appearance.
“With Morson’s head office based in Salford, it also highlights our identity as a community club.
“We’ve been really encouraged by the number of businesses coming forward to support the club since our play-off campaign and hope to see this continue ahead of the 2020 season.”
The announcement of the new partnership follows Salford’s appearance in the Betfred Super League Grand Final at Old Trafford, which received record TV viewing figures for the competition.
2019 has also been a significant year for Morson, with the Eccles founded recruitment and engineering design company, celebrating its 50th anniversary in business.
Ged Mason said: “We’re delighted to be involved with Salford Red Devils.
“Our company head office is still based in Salford and I lived and went to school in Salford, so there’s a lot of heritage.
“I’m obviously proud of my roots and thought it was a good time to support the local club.”
He added: “The Grand Final was a great event for the whole city, which led to me being asked to support the club and I was delighted to get the main sponsorship position on the shirt.
“Hopefully the momentum and enthusiasm from the final will carry on and the community will get behind the club.
“Local businesses have had the opportunity to advertise on the shirt as well, which was a great idea, and I’m pleased that the winning company, Cannon, are based in Trafford Park, so quite local.
“The benefits that Salford offer through TV coverage now, and their performance on the pitch, elevates what they offer to sponsors.
“The coverage was one of the decisions which helped me decide to advertise on the shirt, because of the fantastic reach it has.
“I know the back office are working their socks off to help the club and get more sponsorship in and I think if we can all rally round and support our local club, and support the local community, it will be an exciting season ahead.”
Salford Red Devils would like to thank all businesses who have joined the club as partners for the 2020 campaign, including those who entered the draw to be featured on the Red Devils’ shirt.
Businesses interested in other sponsorship opportunities are advised to email: hannah.kilby@salfordreddevils.net
Supporters can also be part of the 2020 season, by securing their season tickets. October is the last month to purchase 2020 season tickets at early bird prices, by visiting the AJ Bell Stadium Ticket Office, buying over the phone on 0161 786 1570, or by clicking HERE.
In order to make a Direct Debit purchase, supporters should collect a form from the AJ Bell Stadium ticket office, or complete over the phone on 0161 786 1570.