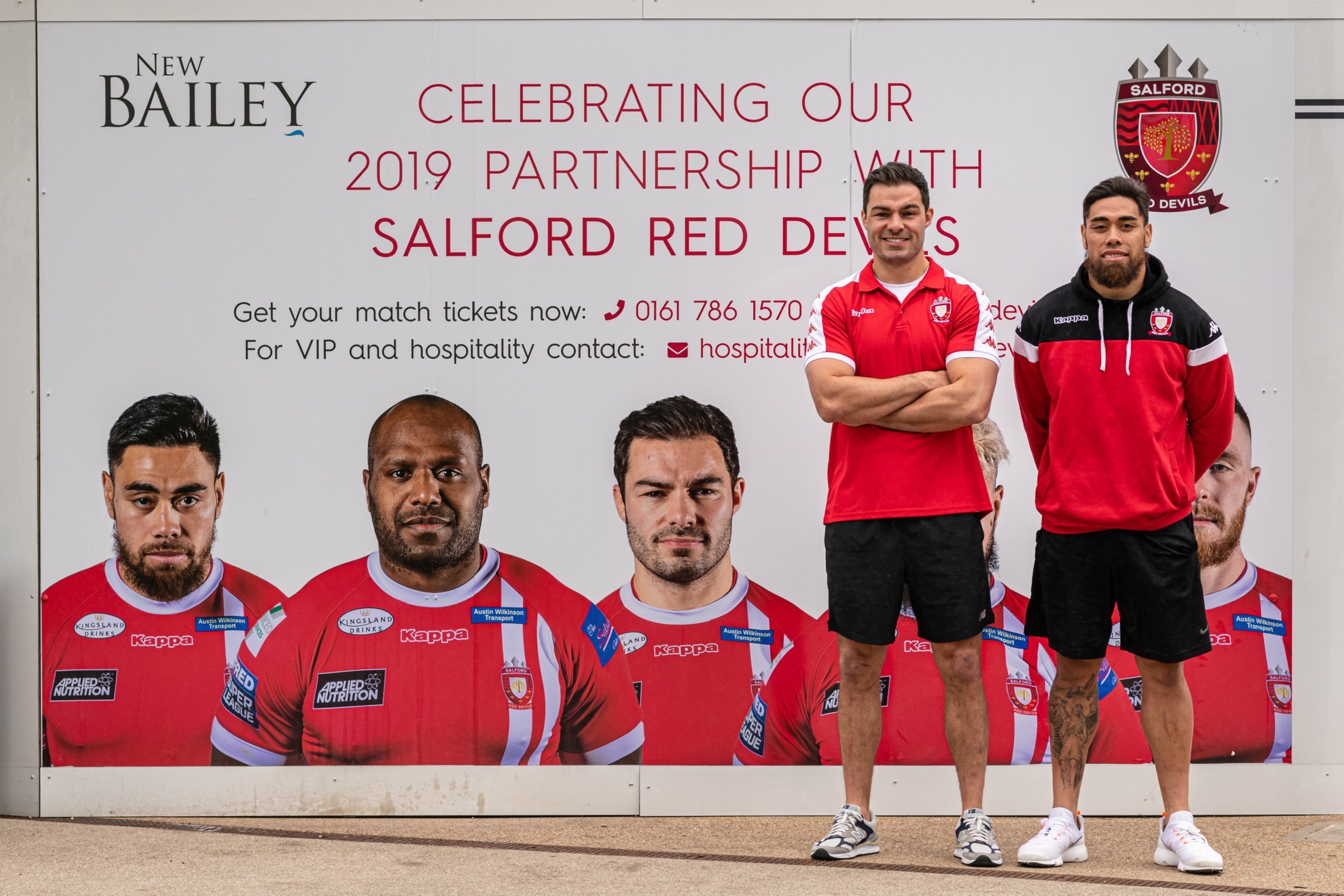 New Bailey has announced that it will be renewing its partnership with Salford Red Devils for the second year running, helping with the scheme’s commitment to strengthening local community relationships.
The Red Devils pride themselves on being a community club and engage with various initiatives and partnerships across the city with organisations like New Bailey playing a pivotal role in promoting the work they do.
Salford Red Devils director of rugby and operations, Ian Blease, said: “This an extremely exciting and promising partnership which the club has entered into with New Bailey. As we continue to strengthen and further the links with organisations in the local community, the addition of New Bailey to our ever-growing list of partners emphasises the positive direction in which the club is heading off the field.
“We are already looking forward to potential activities at New Bailey which attracts huge footfall every day and it is crucial that as a club we attempt to tap into this potential fanbase.”
The Red Devils will be increasing their presence around New Bailey, as part of the club’s continued efforts to re-engage the community and support the community.
Phil Mayall, regional director at The English Cities Fund, said: “We are proud to be partnering with Salford Red Devils again this year. We value what the club brings to the city and we want to champion the health and wellbeing values that they stand for.
“Like the Red Devils, we are committed to strengthening community links in and around New Bailey by creating strong relationships with local sports teams and businesses. We hope to see more people get behind the team and enjoy the perks that this partnership offers.”
New Bailey is being delivered by the English Cities Fund, a joint venture between Muse Developments, Legal & General and Homes England in partnership with Salford City Council.