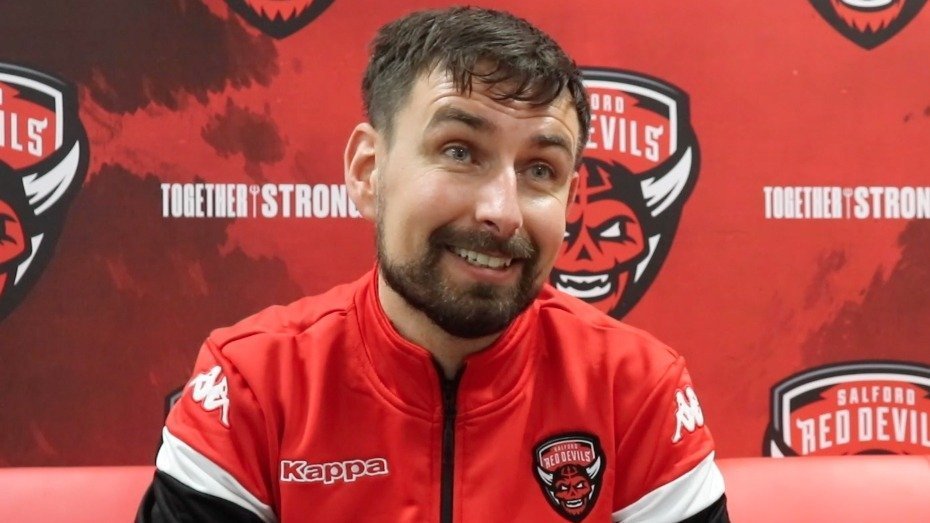 The new member of the coaching staff, who previously worked alongside Red Devils head coach Richard Marshall during their time at Warrington Wolves and England Academy, joins from Wales Rugby Union, where he has spent the last six years.

Whittaker said: “I know how Rich works. I know what he expects, so hopefully we can hit the ground running.

“My philosophy is I’m here to help the players. I’m not here to be a burden.

“My office door’s always open and if I can make a player 1% better, or give them that little bit of advice, that’s what I’m here to do.”

Supporters can hear more from Whittaker in an exclusive interview HERE on RDTV.

Marshall added: “Gareth offers us invaluable expertise, which he has gained from across the sporting landscape.

“His experience will be crucial, in a season where congested schedules could have a significant impact on all teams once again.

“He’s also somebody who I’ve worked closely with on a number of occasions before and has my complete trust, which is important as we both prepare for our first season here.”

Supporters can get behind the new Red Devils coaching staff, by purchasing a 2021 season ticket. Further details can be found HERE.

Director of rugby & operations Ian Blease said: “Gareth is a highly skilled strength and conditioner, who we’re really pleased to bring back into our sport.

“He and Rich have a close understanding, which I am sure will help us succeed over the coming years.”