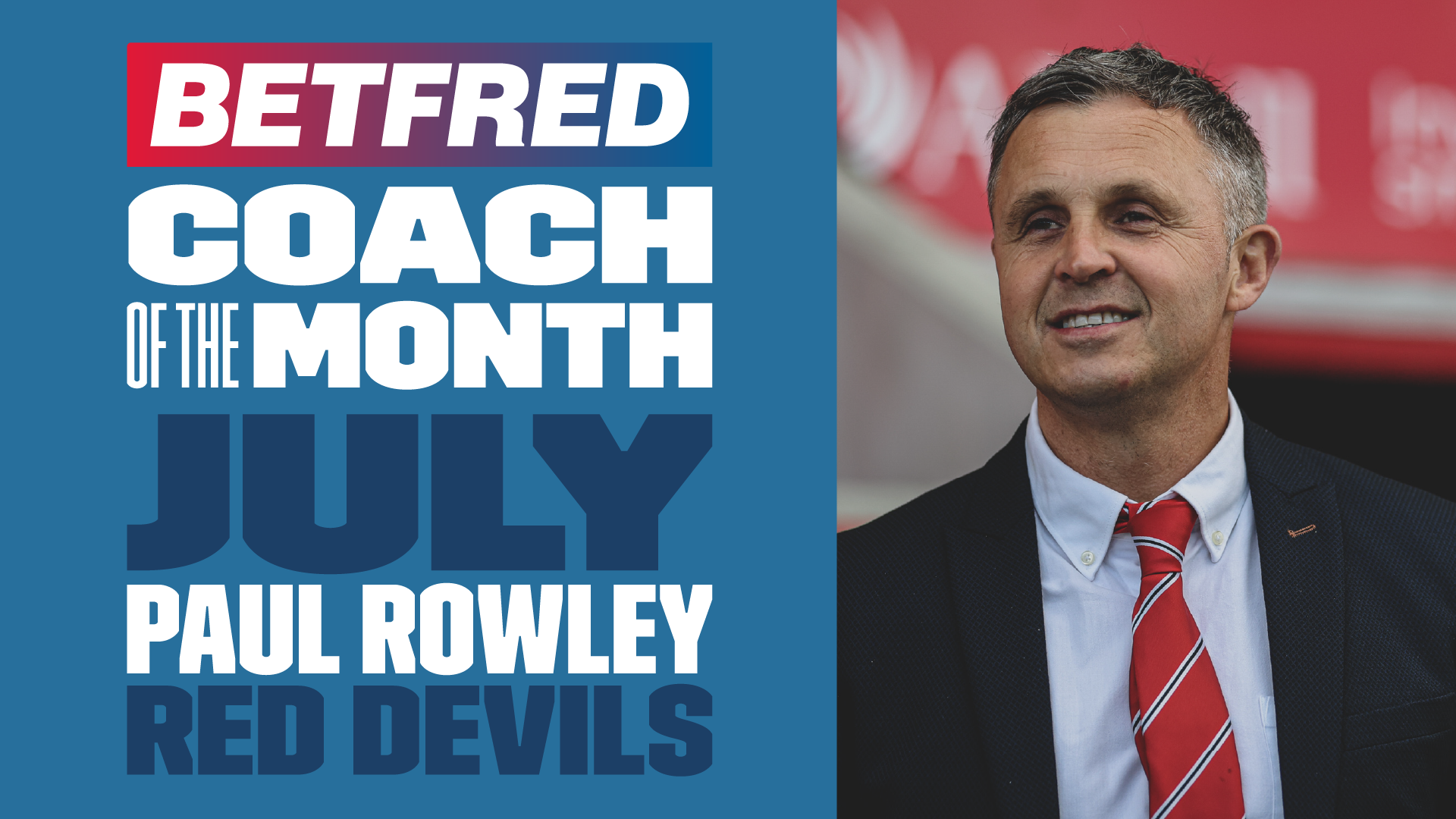 Rowley has propelled his side into the top six thanks to four impressive wins across July. With voting based on Rounds 17-21, Rowley was the overwhelming winner amongst the panellists and, in doing so, became the fifth different coach to win the award this season.

Despite coaching a squad that has been decimated by injury, Rowley has devised the downfall of both last year’s Grand Finalists, as well as ending Toulouse’s recent resurgence, to win his first Coach of the Month award since taking charge of Salford at the start of 2022.

The Red Devils rampant month began with a spirited comeback win at Warrington, where Rowley’s men scored 24 unanswered points to down the Wolves.

Following a closely fought defeat against Huddersfield at Magic Weekend, Rowley’s Red Devils responded in perfect fashion thanks to a comprehensive victory against Catalans in front of the Salford faithful.

They then put an end to Toulouse’s three game winning streak in France during a mammoth performance away from home, before ending the month with arguably their most impressive victory of the season.

The Red Devils ran riot against St Helens – scoring more points against the Champions than any other side this year – and laid down a marker to the rest of the competition ahead of their final push for the Play-Offs.

Those eye-catching performances led to Rowley being unanimously chosen for July’s award, as one panellist explained: “My top vote goes to Salford’s Paul Rowley, who despite a shoestring budget and decimated squad, has masterminded a strong play-off challenge, including handsome wins over Warrington and Catalans Dragons, a plucky away win over an in-form Toulouse and that exceptional victory over St Helens.”

And whilst Rowley was delighted to win this month’s award, he was quick to recognise the efforts of the entire group: “I’m pleased and honoured to accept the award on behalf of our group. Everybody is working incredibly hard and as it’s been from day one, it continues to be a complete team effort.”