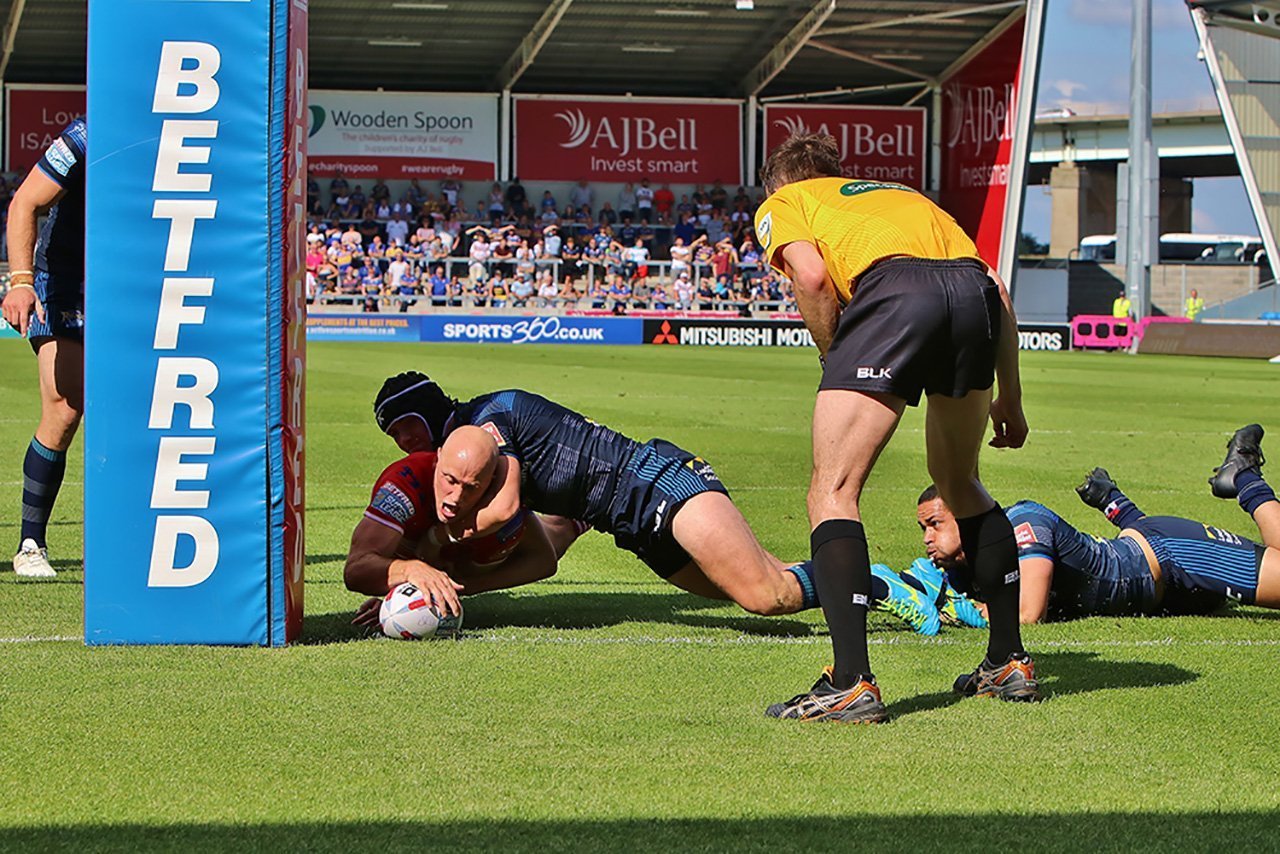 The Red Devils travel to Leeds for their penultimate Super 8s game of the season knowing that anything but a win will see them lose their hopes of a top four finish.
Form
Ian Watson’s side managed to end their losing run last weekend with an emphatic 52-14 victory over Huddersfield Giants at the AJ Bell Stadium. Salford ran in nine tries – thanks to scores from Kris Welham, Manu Vatuvei, Niall Evalds, Josh Jones, Ben Murdoch-Masila, Jake Bibby and Tyrone McCarthy – earning their biggest victory since they hosted Catalans in May.
Leeds head into the game already guaranteed to finish 2nd in the Super League Super 8s and with a home semi-final on the cards. The Rhinos have won three of their five Super 8s outings but do come into the fixture on the back of a 24-38 defeat against Castleford last weekend. However, Brian McDermott’s men have managed to overcome Wigan, Saints and Hull FC already in the Super 8s.
Key battle
This week’s key battle features former Red Devil Joel Moon and current Red Devil Kris Welham in the centres. Both Moon and Welham have scored in this fixture already this season.
Welham returned to the Red Devils first team last weekend and crossed for two tries in a destructive display against Huddersfield. The 31-year-old has tonnes of experience in the Super League and looks dangerous whenever he gets the ball near the opposition’s line as well as helping earn the hard yards in the Red Devils half as well.
Moon signed for the Rhinos from Salford back in 2013 after making a great impression at the AJ Bell Stadium for the Red Devils. The Australian has continued to excel at Headingley and has even played in the halves at times for the Rhinos this season. However, expect him to be in the centres tonight and to be causing Watson’s side issues down the flank.
Meetings this season
Leeds were one of only two sides to do the double over the Red Devils in the regular season this year. The Rhinos earned a narrow, and rather fortuitous, victory over Salford in the third week of the season edging out Watson’s men 20-14. Logan Tomkins and Welham scored for the visitors but a late Leeds try from Liam Sutcliffe meant the Red Devils fell to defeat.
The sides met again in early July in a game which saw some fantastic attacking rugby league with Leeds winning 24-50 at the AJ Bell Stadium. Michael Dobson, Josh Wood and a Murdoch-Masila double weren’t good enough for the Red Devils with McDermott’s men running in nine tries – Tom Briscoe notched a brace alongside scores from Ryan Hall, Kallum Watkins, Matt Parcell, Joel Moon, Jamie Jones-Buchanan, Anthony Mullally and Jack Walker.