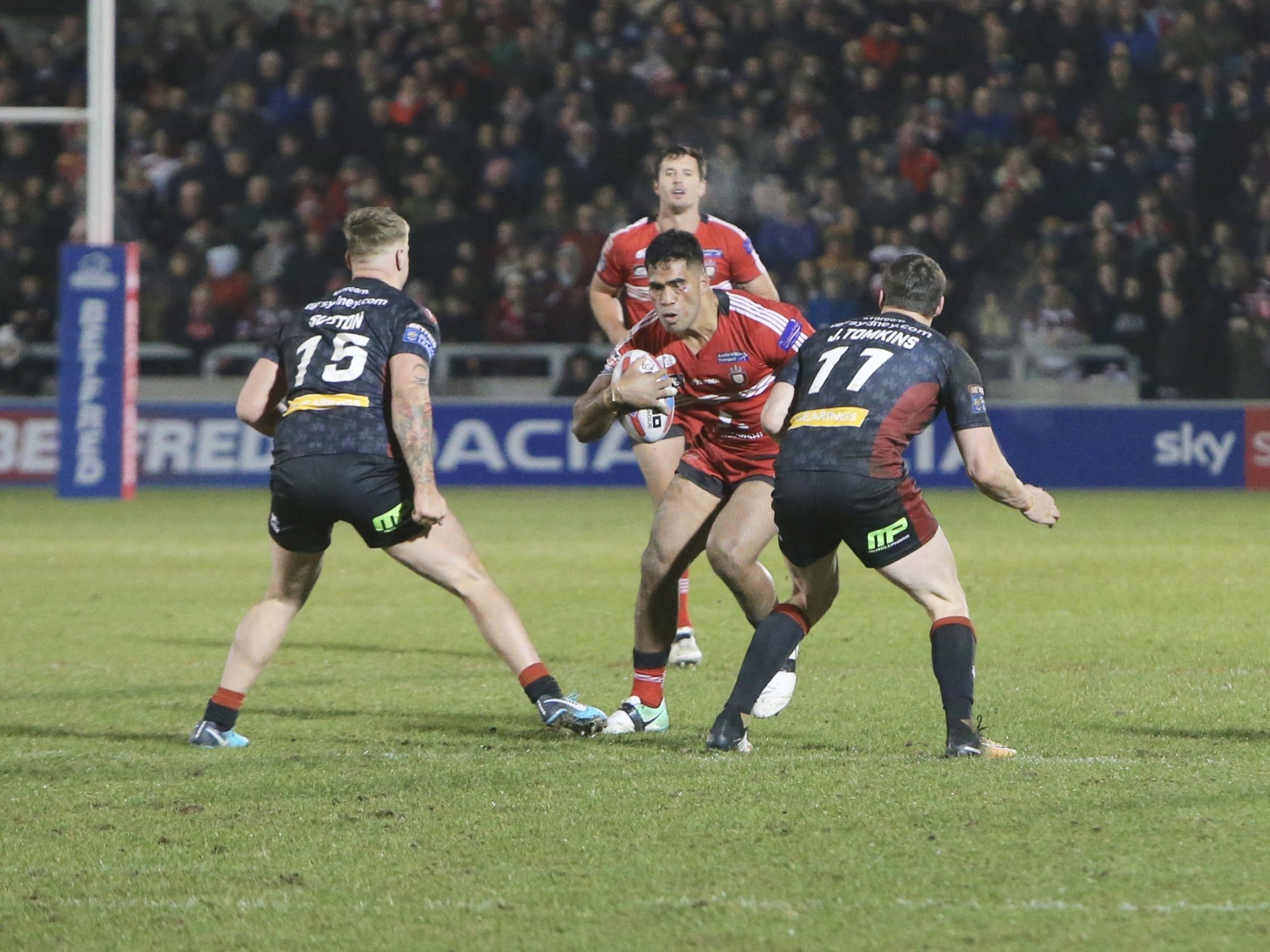 Salford Red Devils travel to Wigan Warriors looking to make it back-to-back away victories for the first time in 2018.
The Red Devils suffered defeat last weekend to St Helens but still remain inside the top eight while the Warriors sit in 2nd place two points behind the Betfred Super League leaders Saints.
Form
Salford Red Devils come into the game looking to bounce back following a heavy defeat against current Betfred Super League leaders St Helens last weekend at the AJ Bell Stadium.
However, the Red Devils had hit a good spell prior to the last Friday’s defeat with back-to-back wins over Huddersfield Giants and Wakefield Trinity. The away win against Huddersfield was the team’s first since May of 2017 and they will be looking to earn consecutive wins on the road for the first time this season at the DW Stadium.
Wigan have been in fine form lately losing just one of their last nine games; a Good Friday defeat to local rivals St Helens. The Warriors have overcome the likes of Hull Kingston Rovers, Catalans Dragons, Leeds Rhinos, Castleford Tigers and Widnes Vikings since losing to the league leaders at the end of March.
Head-to-head
In this week’s head-to-head we pit two centres against each other in experienced Salford veteran Kris Welham and young Wigan star Oliver Gildart.
Welham has been one of Salford’s ever-present players this season and has continued to impress after a great debut season in 2017. The centre scored in the meeting between the sides earlier in the season and has crossed for four tries this season.
Gildart – who has spent time on loan at Salford before – has been one of the standout performers for Wigan again this season already scoring eight tries including a brace against the Red Devils.
The meeting earlier in the season saw Wigan cause issues down the left-hand flank and it will be interesting to see which centre comes out on top this weekend as it could have a big influence on the final result.
Team News
Levy Nzoungou and Gavin Bennion are set to make their debuts for the Salford Red Devils at the DW Stadium on Friday evening.
Young forward Daniel Murray also returns to the squad after sealing a new two-year deal at the AJ Bell Stadium. Lee Mossop, Mark Flanagan and Josh Jones are absent.
Robert Lui is still recovering from a minor injury he picked up in the win over Wakefield while Manu Vatuvei and Kriss Brining are long-term injuries with the latter undergoing surgery earlier this week. Niall Evalds also misses out due to failing a concussion assessment last weekend against St Helens.
Jake Shorrocks could feature against his parent club while Ben Nakubuwai also returns to the 19-man squad.
Joe Burgess is the big absentee for Wigan after he picked up a season-ending injury earlier in the week. Liam Farrell also misses out with an ankle injury.
However, John Bateman returns after recovering from an illness while Ben Flower and Sam Tomkins – who missed out against Widnes last week – both return to the squad.
Squads
Wigan: Bateman, Clubb, Davies, Escare, Flower, Gildart, Hamlin, Isa, Leuluai, Marshall, Navarrete, O’Loughlin, Powell, Sarginson, Sutton, Tautai, J. Tomkins, S. Tomkins, Williams.
Salford: Johnson, Welham, Sa’u, Littlejohn, Kopczak, L. Tomkins, Hauraki, Tasi, Lannon, Burgess, McCarthy, Nakubuwai, Wood, Olpherts, Bibby, Nzoungou, Murray, Bennion, Shorrocks.
Officials
Referee: C. Kendall.
Touch Judges: A. Martin & G. Jones.