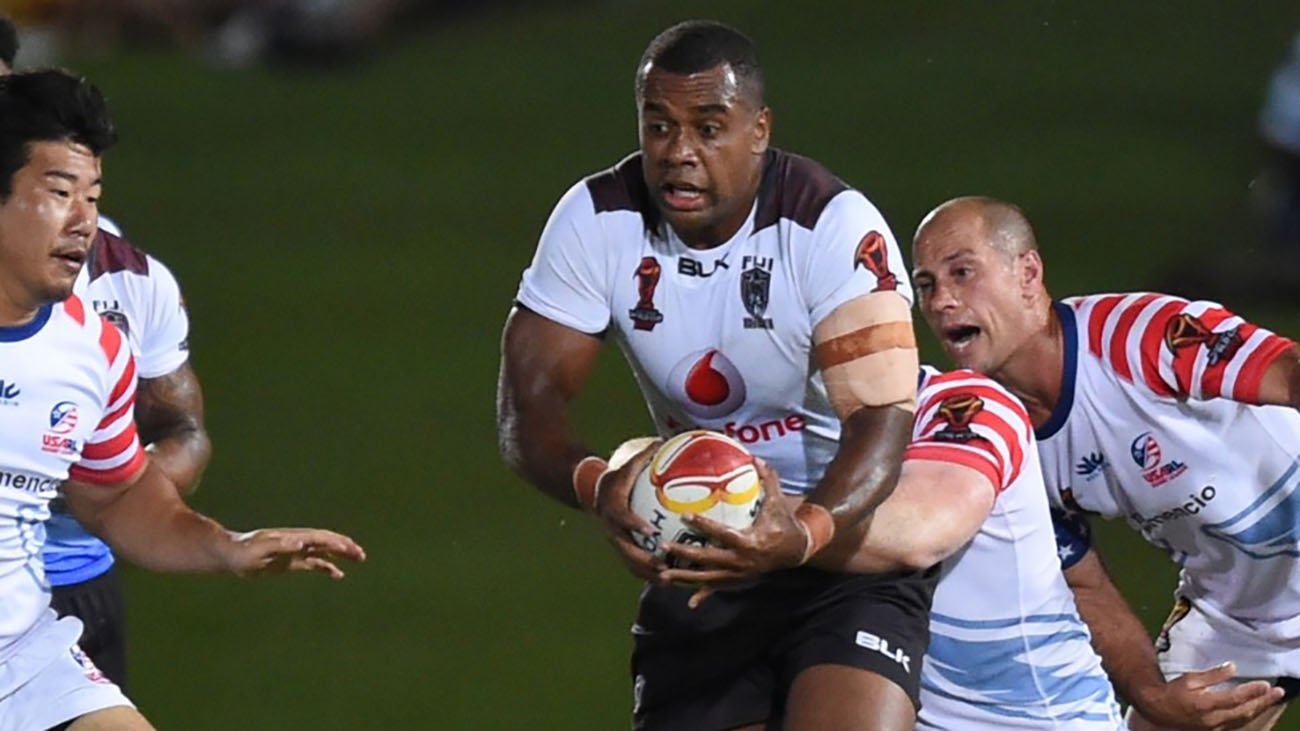 Salford Red Devils can confirm the signing of Fijian Rugby League World Cup star Ben Nakubuwai.
Nakubuwai featured in all of Fiji’s World Cup fixtures and was a part of one of the stories of the competition as they reached the World Cup semi-final for the third consecutive time.
The 21-year-old has already been tipped Down Under as the next ‘Petero Civoniceva’. Nakubuwai joins from NRL side Gold Coast Titans for whom he appeared twice scoring one try.
Salford Red Devils Head Coach, Ian Watson, said: “I am really excited with the signing of Ben as he is an outstanding addition to our group.
“He’s a great bloke off the field with an attitude to graft hard for his teammates on it.
“His potential has been seen in the recent Rugby League World Cup with Fiji at just 21 years old and seven international appearances under his belt he will add quality and enthusiasm to an already strong pack of forwards for 2018.
“He made his NRL debut this year and is coming over here to really create a name for himself. He is a player in the mould of Petero Civoniceva and it’s up to us to help him achieve these high standards that he and the Club are striving towards.”
Salford Red Devils CEO, Ian Blease, said: “Ben is another young and excellent addition to our squad for next season.
“He’s a big powerful forward who I was very impressed with when I watched him throughout the Rugby League World Cup.
“It’s another great signing for us and I feel we’ve really strengthened the squad in pre-season and I’m exciting to see all our new signings in action.”
Ben Nakubuwai could debut for the Red Devils as early as January, subject to visa arrival, when Salford face local rivals Swinton in the opening pre-season friendly of 2018 with ticket details due to be released soon.