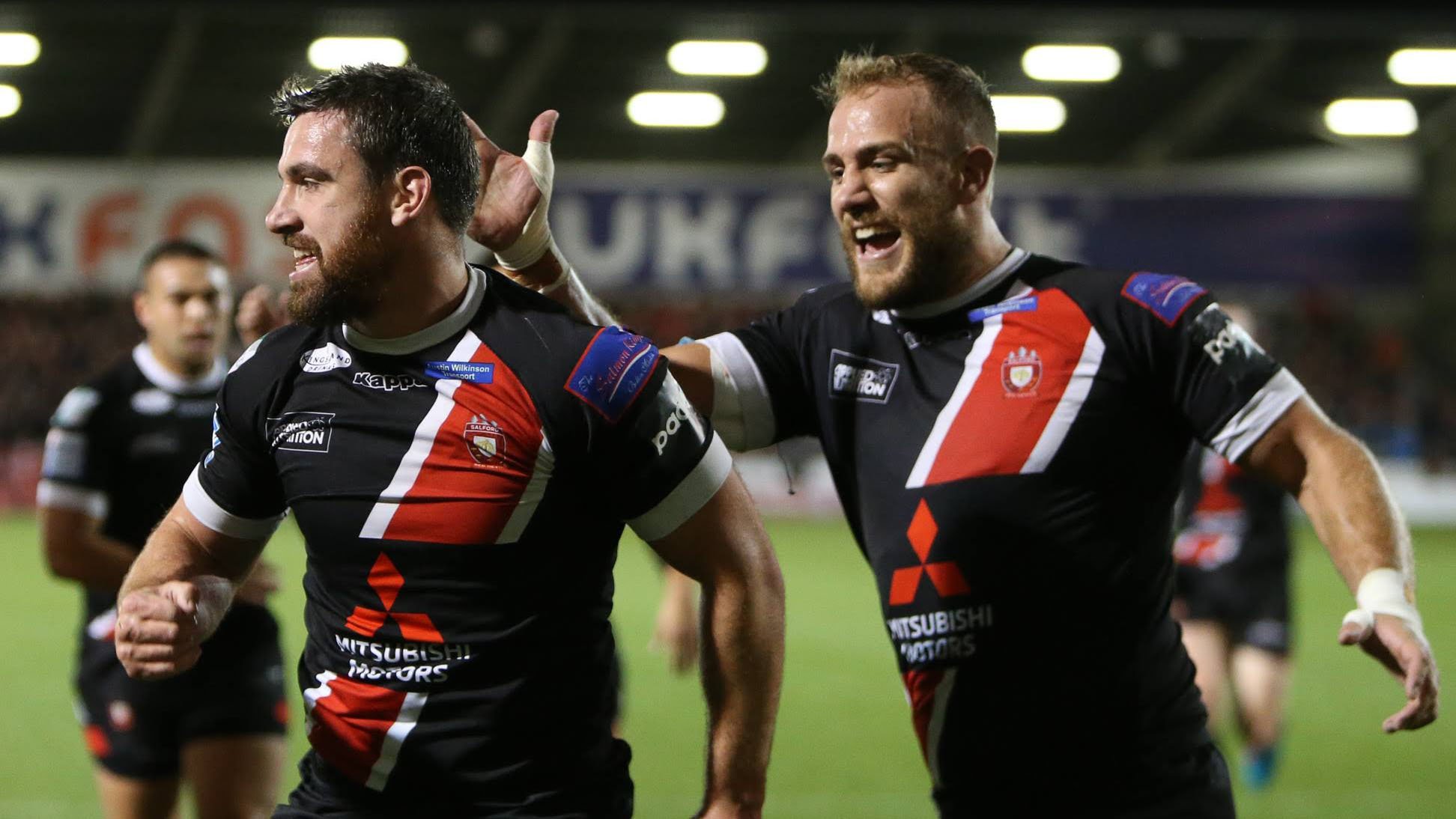 Salford Red Devils have extended the window for businesses to enter the draw which gives them a chance of becoming the club’s main sponsor.
Due to a surge in demand during the Red Devils’ Betfred Super League play-off campaign, which has placed the team just 80 minutes away from a Grand Final appearance at Old Trafford, the deadline for the draw has been extended until Wednesday 16 October.
A fee of £1,000 + VAT will see businesses entered into a draw to have their logo displayed as the main sponsor and open access to more than £112,000 worth of media value, to businesses of all sizes.
Entrants can also nominate a good cause to adorn the front of the Salford Red Devils shirt and be named Official Club Sponsor for the entire 2020 season.
Salford Red Devils commercial manager Hannah Kilby said: “We have been really pleased by the increase in interest over recent weeks.
“The exposure our current sponsors have been gaining while the team is competing in the play-offs has showcased the value on offer in this draw.
“Our ties against Wigan and Castleford received some of this season’s highest TV viewing figures from across the competition and displaying the brands of our partners at these prestigious events has emphasised how enticing this opportunity is.
“We have also been pleased to see individuals enter charitable causes into the draw, and would be delighted if one of these took centre stage in 2020.”
Each entrant, or their chosen good cause, will continue to be announced on the club’s social media channels. All bid entries will receive a lower west stand seating season ticket for all Betfred Super League fixtures at the AJ Bell Stadium in 2020. Multiple entries will result in additional collateral, such as a signed matchday ball.
In addition, there will be other benefits for the winning bidder, including an executive corporate box for the entire season, company logo on all home, away and replica shirts, LED advertising at home games, logo on Salford Red Devils’ website, regular social media posts, car parking passes, player appearances at work and more.
The cap on entries will remain the same, meaning the extension will not reduce entrants’ chances of winning.
All artwork for entrants wishing to be positioned on the front of Salford Red Devils’ shirts for the 2020 season, must also be submitted by the Wednesday 16 October deadline.
For further information and to enter please contact Hannah Kilby, 07969981422, hannah.kilby@salfordreddevils.net