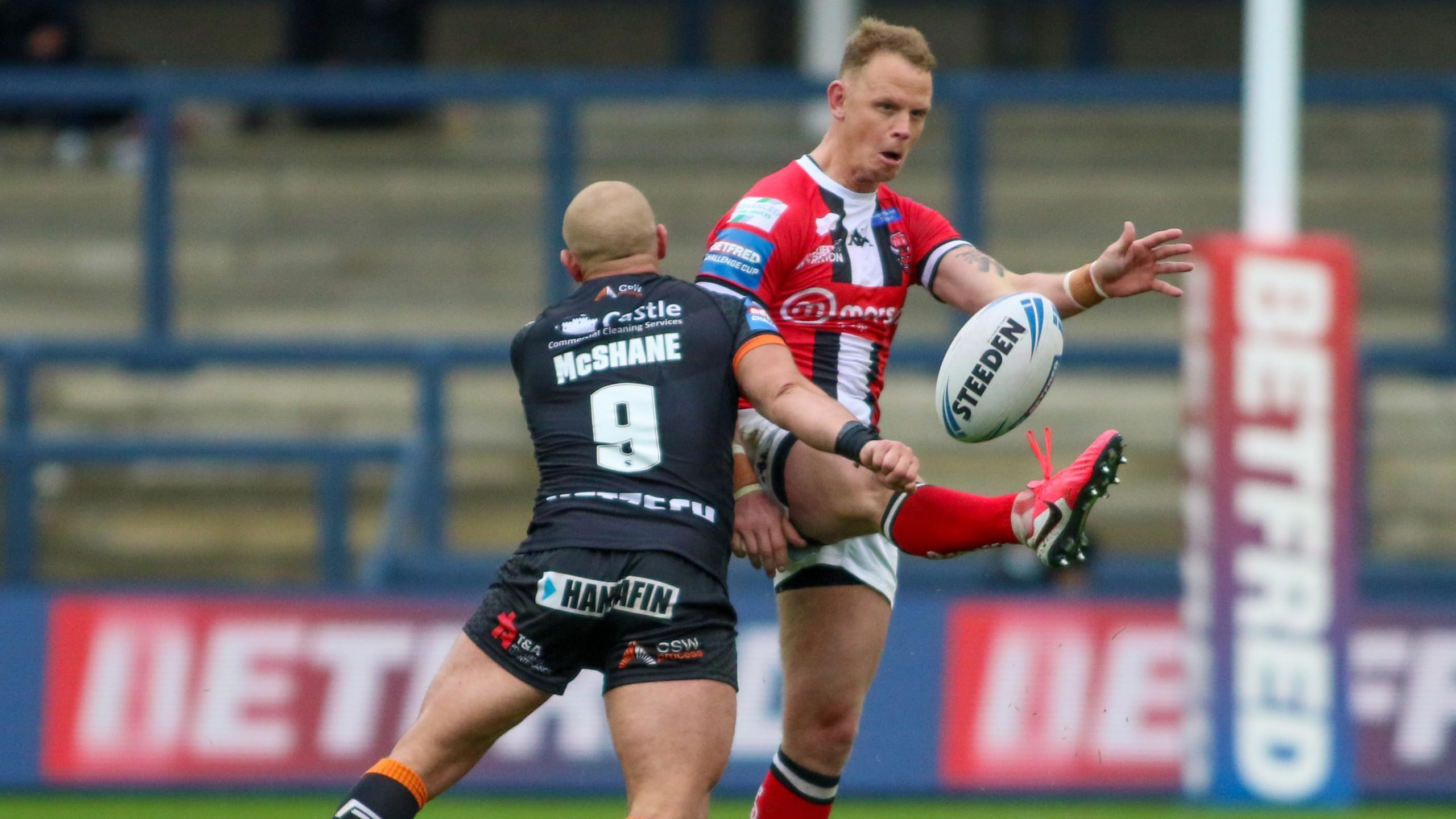 The pain of any loss in a sudden-death cup-tie is bad enough when one side has clearly been the better of the two, but when there is virtually nothing to choose between either of them then it is considerably worse for those on the losing side.  The parity of the two teams in Saturday’s Betfred Challenge Cup Quarter-Final was underlined by the 18-18 draw at the end of eighty minutes, before moving into Golden Point extra time.

To lose in those circumstances is really heart-breaking, and takes so much longer to get over than the average, run-of-the-mill, league game.  For the more neutral-minded general public, however, this must have been the most riveting and enjoyable spectacle – a game balanced on a knife edge, with cut and thrust, thrills and spills, fifty-fifty decisions, an abundance of ifs and buts, the momentum swaying from one side to the other, and the result in doubt right up to that Golden Point drop-goal, one and a half minutes into extra time.

It takes two good teams to make a really good game, but this was a great game which did rugby league a world of good being as it was on national television, and everyone connected with the club can take great pride in our team’s contribution to such an excellent evening’s entertainment.

Not that it looked that way in the early stages, with Salford players really struggling to cope with holding onto possession.  With the ball being lost in the earliest of stages in several sets, it did give the impression that they have not, as yet, fully come to terms with the new laws on ball stealing, which are significantly more relaxed.

As if to make up for this, it was Salford, who, on their first real foray into the Castleford twenty metre area, opened the scoring, when Harvey Livett continued his scoring run by falling onto a loose ball in Castleford’s in-goal area, after having contested against Derrell Olpherts for possession in the air, from Kevin Brown’s high kick.  He also continued his one hundred percent goal kicking record for not only this, but the two subsequent Red Devils’ tries. 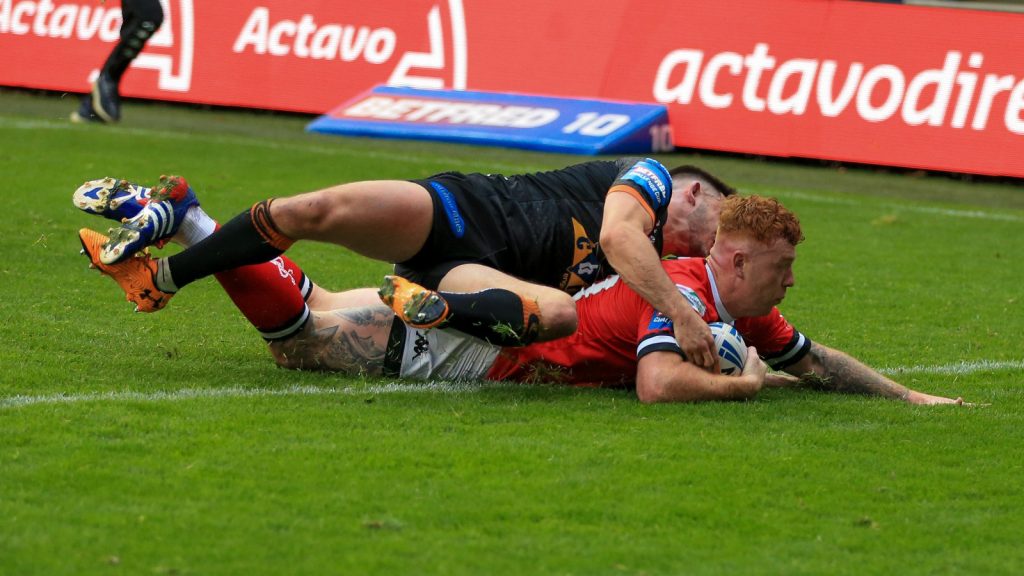 Indeed. It was both teams’ ability to cross their opponents’ line, just when it looked as though that was not to happen, which kept spectators on the edge of their lounge seats.  Twice Salford took the lead in the first half only to fall behind for the first time, 18-12, midway through the second half.

It has often been said that it is not how you start it is how you finish, that really matters, and for those who witnessed the Salford onslaught on the Castleford line and defence, in the final quarter, will swear testimony.  The never-say-die Red Devils launched wave after wave of attacks which had the Tigers back-pedalling, and stretched to capacity.  The kicking game, which had been excellent throughout, was now matched by slick, confident handling skills.

Twice Salford players crossed the Tigers’ line, and a further twice kicks into the in-goal area were within inches of bringing about a score, only for each to be ruled out by the combined adjudications of the match officials.  Some will feel some sympathy for the Yorkshire side’s being twice reduced to twelve men, and very briefly eleven, but, in truth, it was as a result of the tremendous pressure under which their whole team was under, which led to their indiscretions.

It has been said that the end-of-set charge-down, from the speedy Paul McShane, was the determining factor in the whole game, but there was possibly an even greater one, which came forty-five seconds before the half-time hooter sounded.  Castleford crossed for an equalising six-pointer, against a tiring defence which failed to number up and snuff out the attack, unlike the magnificent efforts that had nullified the Tigers for so much of the game.

Had Salford retaken the field for the second forty, still six points in the lead, the likelihood of extra time might never have materialised.  And that tiring defence was, one must assume, as a consequence of all the extra tackling forced upon them, as a result of all the aforementioned lost possession, in that opening quarter.

If only the magnificent Lee Mossop’s seventy-ninth minute try had come several minutes earlier by means of one of those near misses, there would have been enough time for the momentum, which they had generated, to take them over for a winning score before the final hooter.  As it was, the break in play, prior to the onset of extra time, served to bring some respite to the beleaguered Castleford side, affording them the opportunity to regroup and also retake the field with a full complement, including the deadly kicking boot of Gareth O’Brien.

It was not to be, sadly, but knowledge of all the neutrals whom they must surely have won round with such a spirited, dedicated, and enthusiastic performance, will enable all Salford supporters to hold their heads high and celebrate their team’s exceptional progress and improvement over the past seven days, which oh so nearly turned the tables on the team which had beaten them last week with much greater comfort.

Any Salford fans watching our very own @escare_morgan1 in Perpignan right now? 🇫🇷

✍️ Salford Red ... Devils have landed the signature of Sitaleki Akauola on a two-year deal!