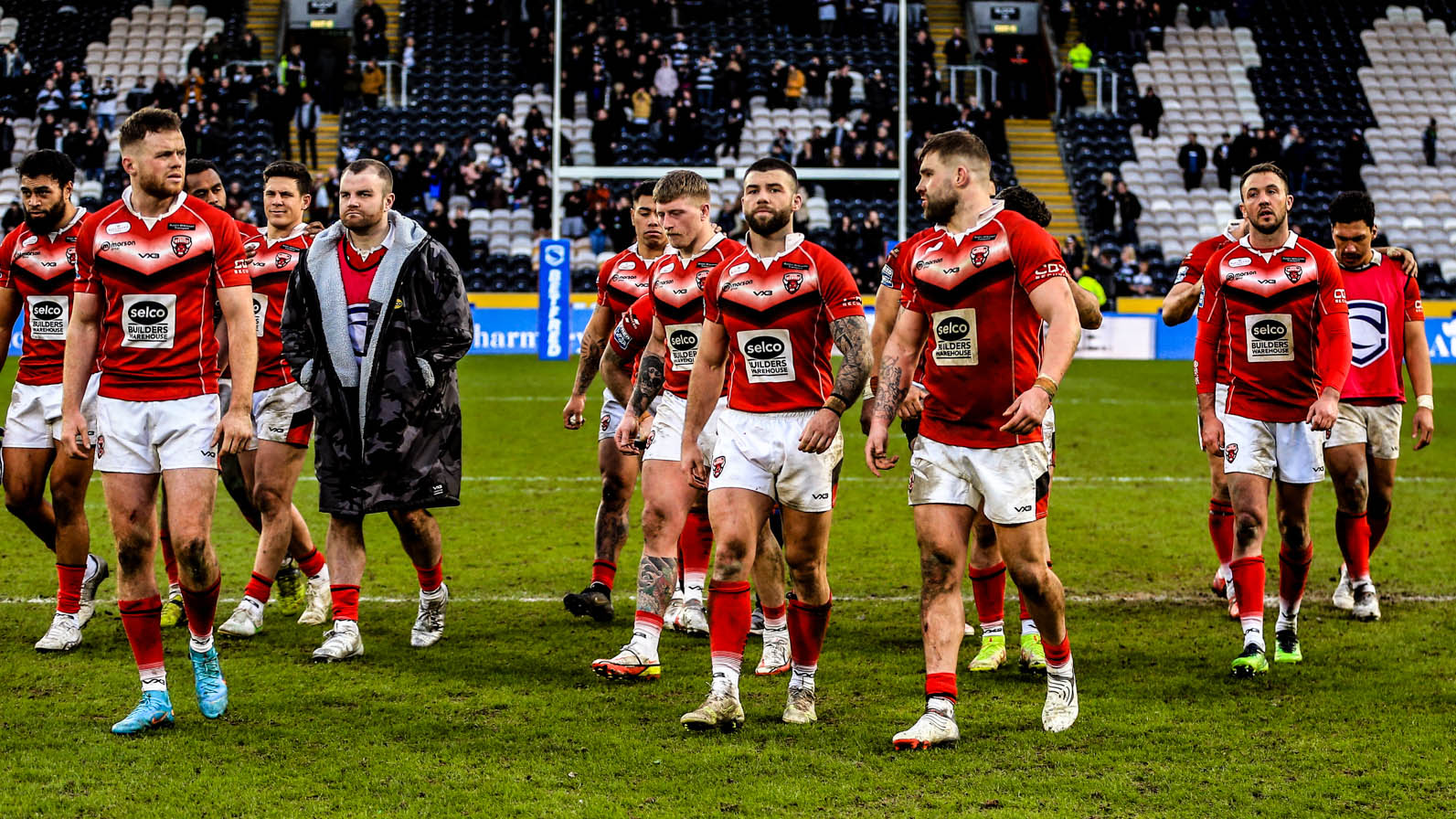 It is a saying as old as the game itself, that the best way to prevent a team from scoring is to starve them of the ball, and it was this ploy that the Huddersfield Giants utilised to the full in yesterday’s encounter between two teams, which normally produce an encounter that keeps everyone on the edge of their seats.

Not on this occasion, however.  If you cannot secure your fair share of possession, as happened to the Red Devils, the opportunities of scoring dry up, and that fact is reflected in the final score.  What is also reflected is the abundance of opportunities the Giants had had, over the eighty minutes.

If you do not have possession, the only thing you can do is to tackle, and if there is one absolute positive to take out of this game, it was Salford’s defence, which was truly magnificent.  Thirty-four points is a lot to concede, but when they had had to undertake defending for around two thirds of the game, it could have been very much worse, because there is nothing more draining on your reserves of energy than tackling.

Probably far more significant than the home team’s final points’ tally were the times in the game at which Salford’s line was breached.  Despite the lengthy periods the Giants had spent on the attack in the first half, they had to retire to the dressing-rooms at the interval with only two scores, which had come on the tenth and thirty-first minutes, to show for all their efforts,.

Furthermore, of the six tries that they scored, half of that total came in the final quarter of the game, by which time the Red Devils had been sapped of so much energy from all the work they had been required to undertake throughout the previous hour. The one remaining score came on forty six minutes, when Salford were down to twelve men, Ryan Lannon having been sin-binned just before the interval.

Of all the heroic efforts to halt their opponents progress, perhaps the one which stands out was Ryan Brierley’s tremendous chase and cover tackle, just before half-time, on Germaine McGillvary, in full flight down his right wing, with the line at his mercy.  Brierley showed considerable pace and commitment to overhaul the winger, and then got his tackling technique spot on to halt the big man in his tracks.

There were, however, numerous acts of dedication to the cause from individuals throughout the match, which, without being as eye-catching, were of equal importance in limiting the Giants to a score in the low thirties.

The lack of possession, though, and the reasons for it, will undoubtedly be under scrutiny during this week, because, whilst Huddersfield had clearly mastered their tactics for achieving this, they were helped by some shortcomings of the Reds.

Most significant of these was the number of set-restarts they gave away and, so often, towards the end of a set. When a team gets almost two back-to-back sets, they are able to finish them well within close proximity to their opponents’ line, where they can then secure even further possession by forcing a goal-line drop-out, from a kick into the in-goal area.

It was noticeable that after the half-time talk the number of set-restarts conceded by the Red Devils diminished significantly, whilst Huddersfield’s one and only concession in this respect did not come until the seventy-seventh minute.

With the third of the Yorkshire trio ‘H’s, Hull KR, due to visit the A J Bell, on Friday evening, the players not only have a short turnaround, they have limited time in which to address issues from this game, but I am sure that every effort will be made to do so.