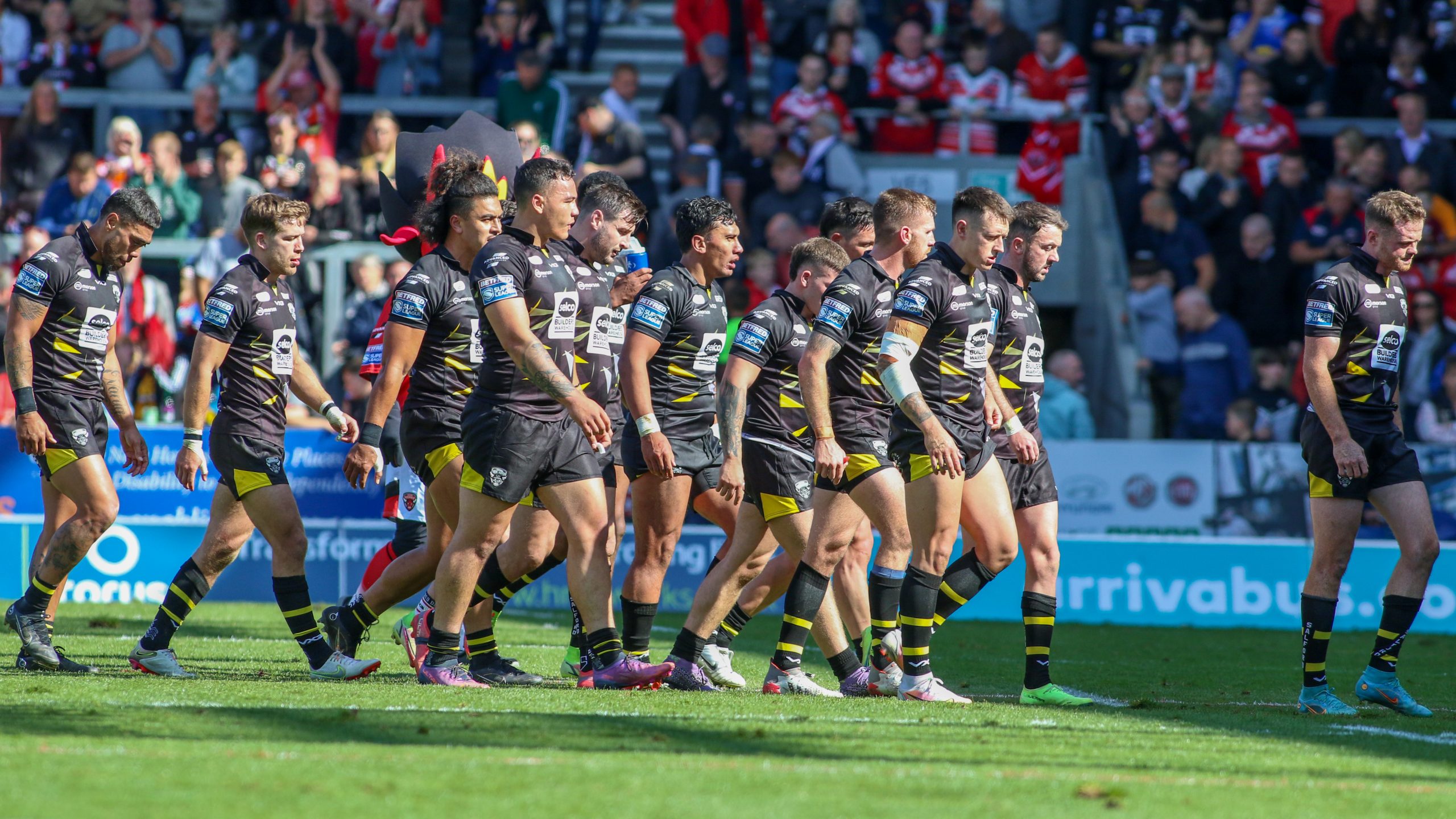 Salford Red Devils’ hopes and aspirations for a place in this year’s Grand Final, together with their 2022 season, came to an end on Saturday last, with their 19-12 semi-final defeat at the hands of the League Leaders Shield holders, St Helens, at the Totally Wicked Stadium.

Disappointing as the result has been, for everyone connected with the club, it has to be viewed in the context of the whole season.  There can have been very few, who, at the start of the year would have given Salford much chance of reaching the play-offs, let alone the semi-final, after vanquishing the much-vaunted Huddersfield side on their own meadow, and keeping them pointless in the process.

Following that, St Helens, with a place in the Bet Fred Super League Grand Final at stake, had clearly done their homework on the Red Devils and there can be no mistaking that they had identified their own strengths and played to them, with considerable gusto.

These lay, most significantly, around their superior physicality and intensity.  Not by chance are they the team to have conceded the least number of points in the season, for their tackling, particularly in the opening period, was ruthless, and at times, verging on the brutal, while the pressure they put on the Salford players with their line-speed restricted Salford to a mere few metres on the occasions they had the ball.

By comparison, the Red Devils took some while to utilise their own strengths in order to gain much in the way of ascendency.  Their initial problem had its roots from the previous week, with the loss of Brodie Croft, but no-one could possibly have imagined that this would be compounded, two minutes into this game, by the complete withdrawal of Andy Ackers, with yet another head injury.

Not that anyone should detract from the contributions of their two replacements.  Amir Bourouh put in an incredibly sterling performance in defence with an extremely high number of tackles, while Chris Atkin was the subject of some extremely hard hits, including a chicken-wing tackle which saw the sin-binning of Knowles shortly after an accidental head-high knock from Welsby, yet he continued to perform to his best, being involved in setting up Kallum Watkins for his try, two minutes later.

Salford’s surge up the league table, in the last three months has been built around the ability of their strike players, out-wide, to tear through opposition defences as a result of the team’s setting them up with exciting flamboyant rugby, which has been so marvellous to watch.  Croft and Ackers have been so pivotal to this: Ackers with his speedy ball distribution from dummy-half and his darting scoots through retreating lines, while Croft has been central to the decimation of so many opposing teams with his clever footwork, allied to his shrewd timing and accurate passing.

Losing both of these for such a finely balanced encounter was much greater than simply losing two-fifths of the spine of the team, which was bad enough in itself.  Other players found themselves having to execute their own plays with much less time than they normally have had.  Marc Sneyd, for example, was pressured on almost every kick, as evidenced by his forty-twenty attempt just failing to make the line, and Saints regaining possession for the restart.

Nevertheless, the Red Devils can take great satisfaction with the way they coped with all of this.  Initially, it was their valiant defence in the face of that early pressure, which impressed, with their limiting the Saints to two scores only and then keeping them try-less for the following fifty-three minutes.  By comparison, Salford’s first try came from Watkins on their first attack, in the thirtieth minute.

As has come to be expected of them, the Reds’ handling was the more adventurous and entertaining, as indeed were their tries.  St Helens were reliant upon short kicks into the in-goal area for two of theirs, whereas both of Salford’s came from clever, slick handling, with Ryan Brierley’s 60th minute score being easily the best of the afternoon, starting with swift hands to the left putting Joe Burgess in the clear down the left wing.

At 13-12, then, it really had become either side’s game, but sadly fortune favoured the Saints, with both Elijah Taylor and Tim Lafai being denied opportunities to score, the first for an obstruction in the build up, and Lafai’s being obstructed by Makinson, who was sin-binned for doing so.

It would be too easy for short-term disappointment to over-shadow the team’s achievement in being out on the field, that afternoon.  Far more important is for them to use the experience upon which to build next year.  Their 2017 Challenge Cup Semi-Final defeat by Wigan became a platform from which they became Grand Finalists, eighteen months later.  Next season could well be the time they go one-better-still.  2023 season tickets are available already, so take advantage of our Early Bird offer, which runs until 15th December.