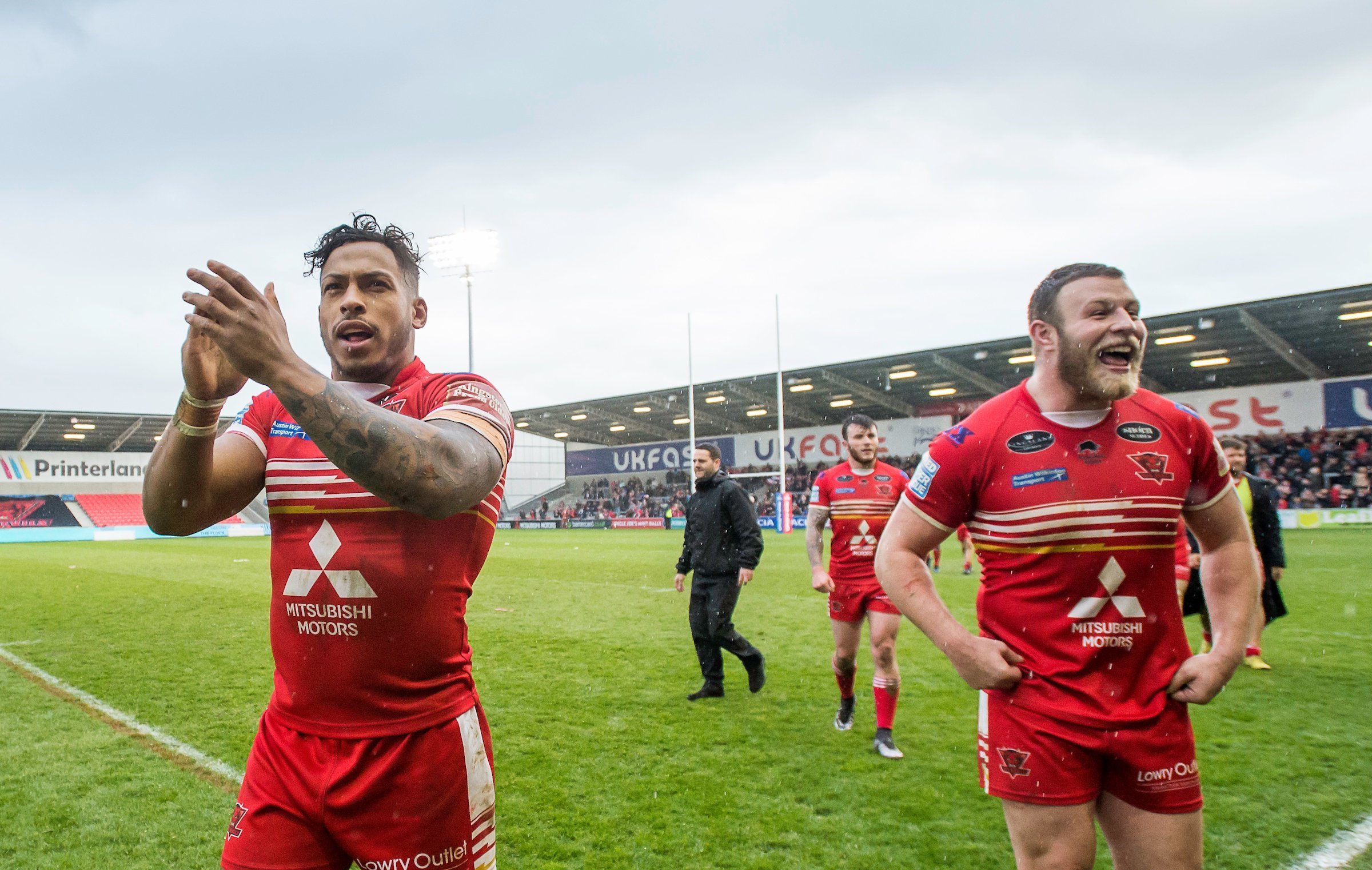 The Red Devils are looking to get back to winning ways in their first game at the AJ Bell Stadium in over a month as they host league leaders Castleford Tigers in their second Super 8s fixture.
Salford’s last home game was against Leeds Rhinos on Sunday 9th June and Ian Watson’s men have since travelled to Castleford, Leigh, Hull and Warrington for the Ladbrokes Challenge Cup semi-final.
Salford have won 10 of their 14 games in all competitions at the AJ Bell Stadium this season. Ian Watson’s side also managed to string together a run of 8 successive victories on home soil between March and May.
A 24-14 victory over Warrington got the Red Devils off the mark at the AJ Bell Stadium before a narrow win against this weekend’s opponents Castleford Tigers, courtesy of a Gareth O’Brien drop-goal, followed.
Hard-fought defeats of St Helens and Leigh helped the Red Devils climb the Super League table as well as securing the AJ Bell as a fortress.
The Red Devils memorable Ladbrokes Challenge Cup run also began at the AJ Bell with a 29-22 victory over the world’s first trans-Atlantic professional sports team – Toronto Wolfpack. The Canadians did scare Salford for a while however the Red Devils proved too strong and progressed to round six.
Widnes were next to fall to Salford at home before the Red Devils welcomed the visit of Championship leaders Hull KR in the Ladbrokes Challenge Cup. In similar fashion to Toronto’s visit, KR managed to cause the hosts problems in the early stages but again Ian Watson’s side prevailed.
Salford’s most emphatic home victory of the season followed as they ran riot in a destructive 50-12 win over Catalans with nine different players crossing for tries.
However, the Red Devils impressive home form slowed down towards the end of the season with back-to-back defeats against Hull FC and Wakefield but Salford avenged the Wakefield defeat 11 days later by knocking Trinity out of the Challenge Cup at the quarter-final stage at the AJ Bell.
A 36-18 win over Huddersfield strengthened the Red Devils grasp on a top four spot but a defeat to Leeds meant they finished their home fixtures for the regular season with a loss. The Red Devils will be to turn their fortunes around on Friday night against Castleford and continue their push for a position at Old Trafford in October.
Fans are reminded tickets are still available for the upcoming Super 8s game against Castleford and can be purchased at the club’s ticket office, over the phone or online via the club website. Supporters are also reminded that season tickets are valid for all Super 8s home games.