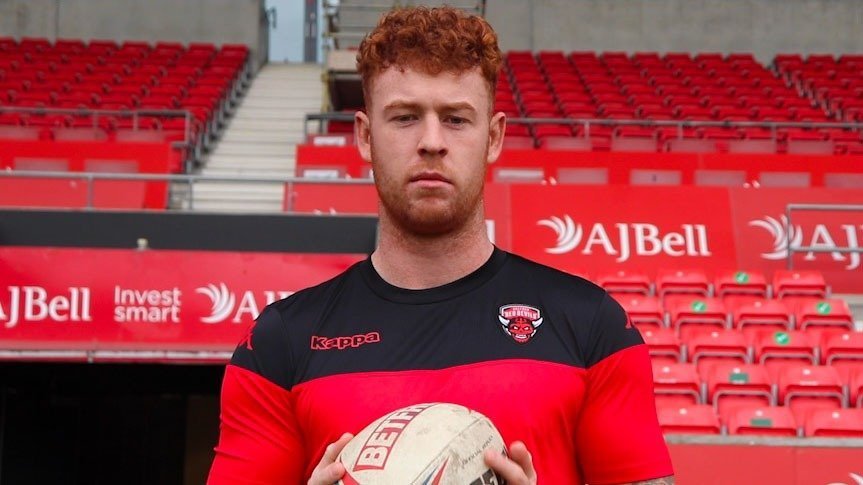 Harvey Livett has joined Salford Red Devils ahead of the 2021 season.

The 23-year-old back-rower arrives from Warrington Wolves and will link up with newly appointed Red Devils head coach Richard Marshall ahead of next season.

Livett said: “I’m looking forward to getting into preseason and then proving what I can do on the pitch.

“Speaking to a few of the boys who I know here, this is a great place to be and next year’s going to be a big year for us.

“I worked with Rich before, when I was coming through at Warrington, so I know what he’s about.

“He’s a good coach and I’m looking forward to working with him.”

Familiar faces to Livett in Red Devils squad include Kevin Brown, who he played alongside in a Challenge Cup Final with Warrington, and Chris Atkin, who he linked up with while on loan at Hull KR and on England Knights duty.

Marshall said: “I have known Harvey since he was coming through the academy at Warrington.

“He’s an exciting, energetic player, who adds another dimension to our team.

“He has a lot of Super League experience for a player so young, but is still determined to continue his development.”

The signing of Livett on a two-year contract follows the recent announcement of Danny Orr as the team’s new assistant coach.

Supporters can get behind the team, by purchasing 2021 season tickets early. Adult prices have been reduced across all areas, making it even more affordable to watch them in action. Further details can be found HERE.

Director of rugby and operations Ian Blease said: “Harvey’s an ambitious young player, who we are really pleased to have join us.

“He’s already impressed with his performances at the elite level and is now looking to continue his progression.

“Training alongside some of our senior players and being involved in the setup will give him the perfect opportunity to do that.”

If you are interested in sponsoring Livett, or another member of the 2021 squad, please email: hannah.kilby@salfordreddevils.net