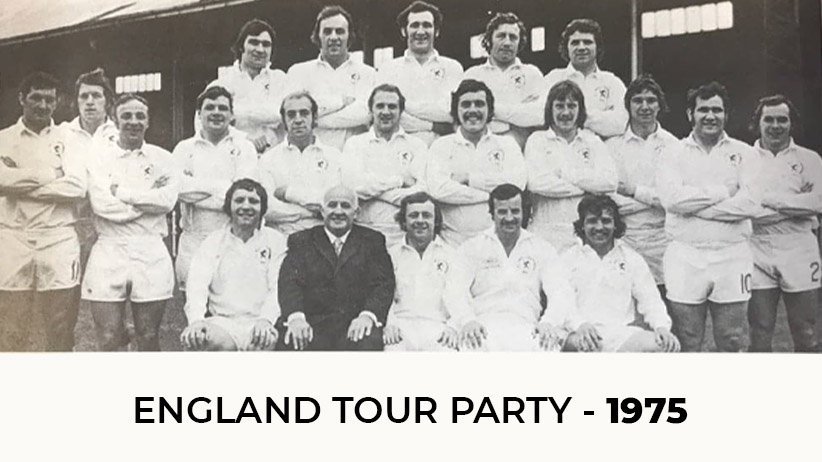 Though they are very few and far between, there are certain individuals who can genuinely claim to have been overnight successes, and just to prove the claim that he was one such of these, Keith was selected to play for Great Britain in his very first season at Salford, and scored a hat-trick in his first game against France in Grenoble. Unfortunately, he had to turn down his subsequent 1974 Tour selection, for family reasons.

“It was to go on tour to Australia and New Zealand, but my first daughter was due to be born during the same time, and I wanted to be there for that. It proved to have been the best decision I could have made, because, sadly, she lived for only a short period of time, as a result of a one in a million genetic problem, which fortunately didn’t manifest itself in the later births of our son and other daughter.

“I was also fortunate that the following year, 1975, was the World Cup year, and I had the great honour of pulling on the England jersey alongside Kenny Gill, Mike Coulman and Paul Charlton, whilst Peter Banner, Colin Dixon and David Watkins were called into the Welsh squad.

“The two teams met up against each other quite early in the tournament, which was played over the full season, and Wales put one over on us on that occasion, which turned out to be our only loss, but which ensured that Australia would be outright winners, having drawn against us and won all of their other matches.

“The absolute firey determination to win, in the Welsh team that day was unbelievable. They were absolutely steamed up for it to the extent that I didn’t even recognise David Watkins – he seemed a different person.

“Being involved in the World Cup, however, was absolutely brilliant. I really enjoyed it and found myself scoring tries both frequently and regularly.”

Having played as an England international in both codes, Keith was able to sample first-hand, the ways in which both codes handled their big occasions.

“They were both very different, both in the actual matches, and the preparation and run ups to them. In union it was very much the honour and privilege of playing for your country. It was not just a game it was far, far more than that.

“In rugby league however, it was much more down to earth, and because of that, considerably more palatable. There were no pretensions about it – you simply turned out to play for your country. There was a comfortable familiarity about it all.

“I was very much a ‘form player’, which meant I could very much be on top form in one match, and then surprisingly quiet in the next. Despite this, I played in a lot of internationals, but nevertheless, because of it, could have played in rather more than I did.

“I was subject to an extremely wide range of experiences as a player, and I have been most fortunate to have been able to enjoy them to the full throughout the whole of my career. In my very last match of rugby, I played on the wing and my son was my centre. I scored a try, made a tackle, put my son in for a try, and then came off. I felt it was the most fitting end to my career I could possibly have had.”