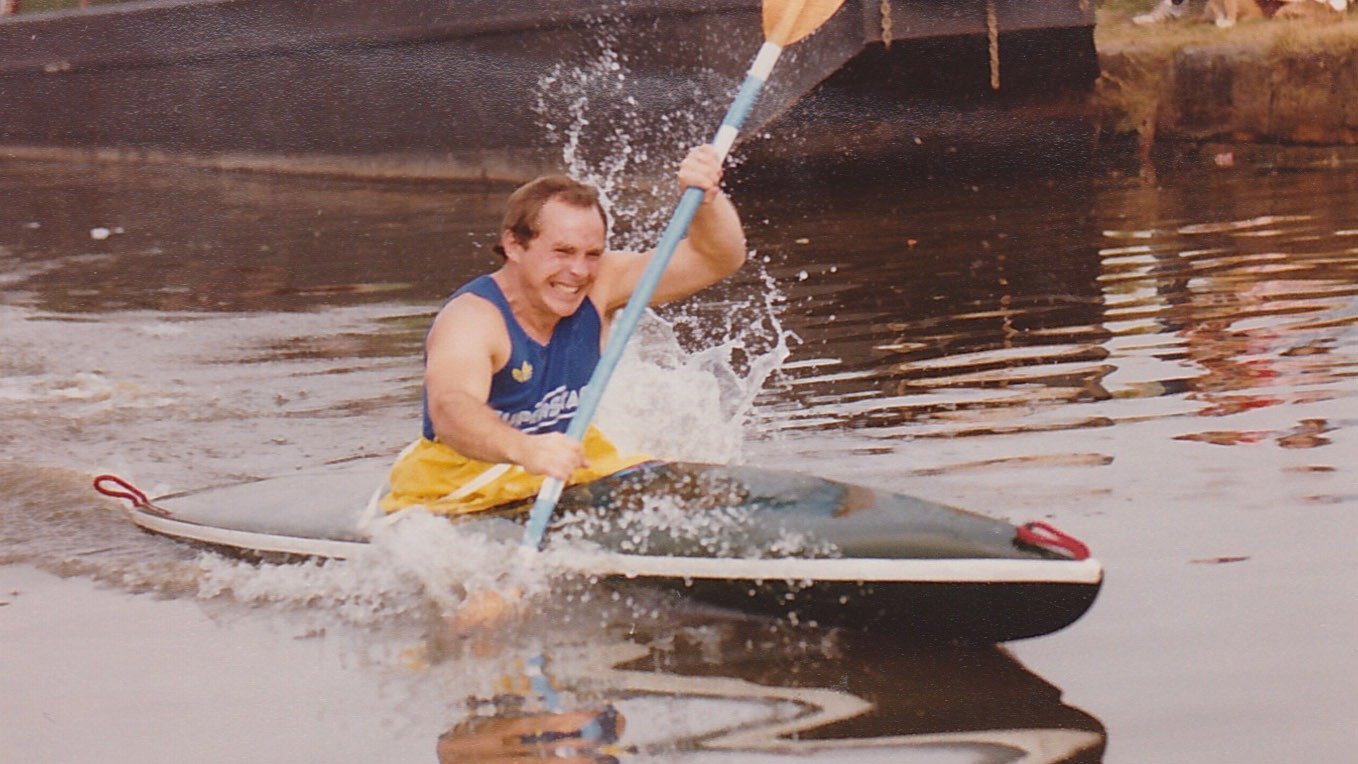 The BBC first brought their renowned television series of ‘Superstars’ to our screens in 1973, under the title of ‘Britain’s Sporting Superstars’. It involved a different group of top sports personalities competing, each week, in a variety of sporting contests, in order to find the winner who then took part in the final, in the last programme of each series. In 1975, it was extended to become a full European competition at which each participating country was represented in the European Final, later in the year, by the overall winner of their Home Final.

It was in the fifth series of the show, in 1977, that Keith was invited to take part.

“I first got a phone call from the BBC in 1976, requesting me to take part in another of their sports personality shows, ‘A Question of Sport’, to which I readily agreed. They then told me that it was that very evening, owing to the late withdrawal of David Watkins, who had originally been scheduled to be involved.

“Nevertheless, I happily participated in the programme, and also discovered that the phone call I had received had actually been from the host, and question master of the show, David Vine, and it was as a result of my participation in that show that, on his recommendation, I was contacted a year later to take part in ‘Superstars’, to which, once again, I readily agreed.

“You might have thought I would have had plenty of time to prepare for such a venture, but no such luck because they then told me that, this time, I would be competing in five days’ time, owing to the late withdrawal of union fly-half, Phil Bennett, as a consequence of his amateur status, which would have been compromised had he been involved.

“My brief training for the event was under the guidance of a small number of my sixth formers at Marple Hall, all of whom were Schoolboy Champions in the sports in which I was competing, all packed into just five days. I took part in the show, over in the French town of Vichy, and won, which took me through to the European Final, in Rotterdam.

“My greatest success in the Final was becoming the first non-Dutch competitor to win the cycling event.  Everything just went right for me, in the moment.

“When we got to the last event, I had to win the six hundred and fifty metre steeplechase and Ties Kruize, the Dutch hockey captain had to finish no higher than third, in order for me to lift the trophy. I got into a twenty metre lead, and held onto it right through to the final stretch, when I could hear considerable roaring from the crowd, unaware that it was for their fellow Dutchman, cheering him into second place and the overall win.

“I did get my revenge later when I beat him in the Bahamas at the World Finals.”

What seemingly was an extremely high profile and exceedingly enjoyable part of Keith’s sporting career, however, did have certain downsides to it, not least in the time and commitment he had to put into his training three times a day throughout the whole series. Then, in 1981, it was decided to do a Challenge of the Champions series, which consequently required all that time and commitment to be put in all over again.

“I was, of course, at the same time training for, and playing in, rugby matches with Salford, alongside a whole host of other commitments from my work as a PE teacher.  There was a lot of pressure on me, throughout it all, that I really didn’t like.”

One thing it did do, though, for both himself, and the game, was that it raised the profile of both, nationally.

“Playing rugby I would often be recognised around towns like Wigan and St Helens, but after my involvement in ‘Superstars’ I became recognised right across the UK. It didn’t really suit me though, because my first commitment was to my teaching, which was my full-time job. After that came my commitment to rugby league, and other demands on my time I had to endeavour to keep in the background of those two.

“There were numerous requests to attend, or officiate, at various functions and events, to the extent that my life wasn’t my own. Not that I didn’t enjoy it all; I did, but it all comes at a cost to other things such as family life. There is also the embarrassment of people coming up to you, and you are unsure whether they are complete strangers, or someone whose appearance has changed so that you don’t recognise them.

“Other requests though, were an absolute pleasure to do, such as presenting medals to members of a school rugby league team after they had won a prestigious trophy, and then attending a couple of church fetes. I was only too happy to fulfil that sort of request.

“All in all, though, what I really wanted was to return to being a family man, a teacher, and a rugby player.”