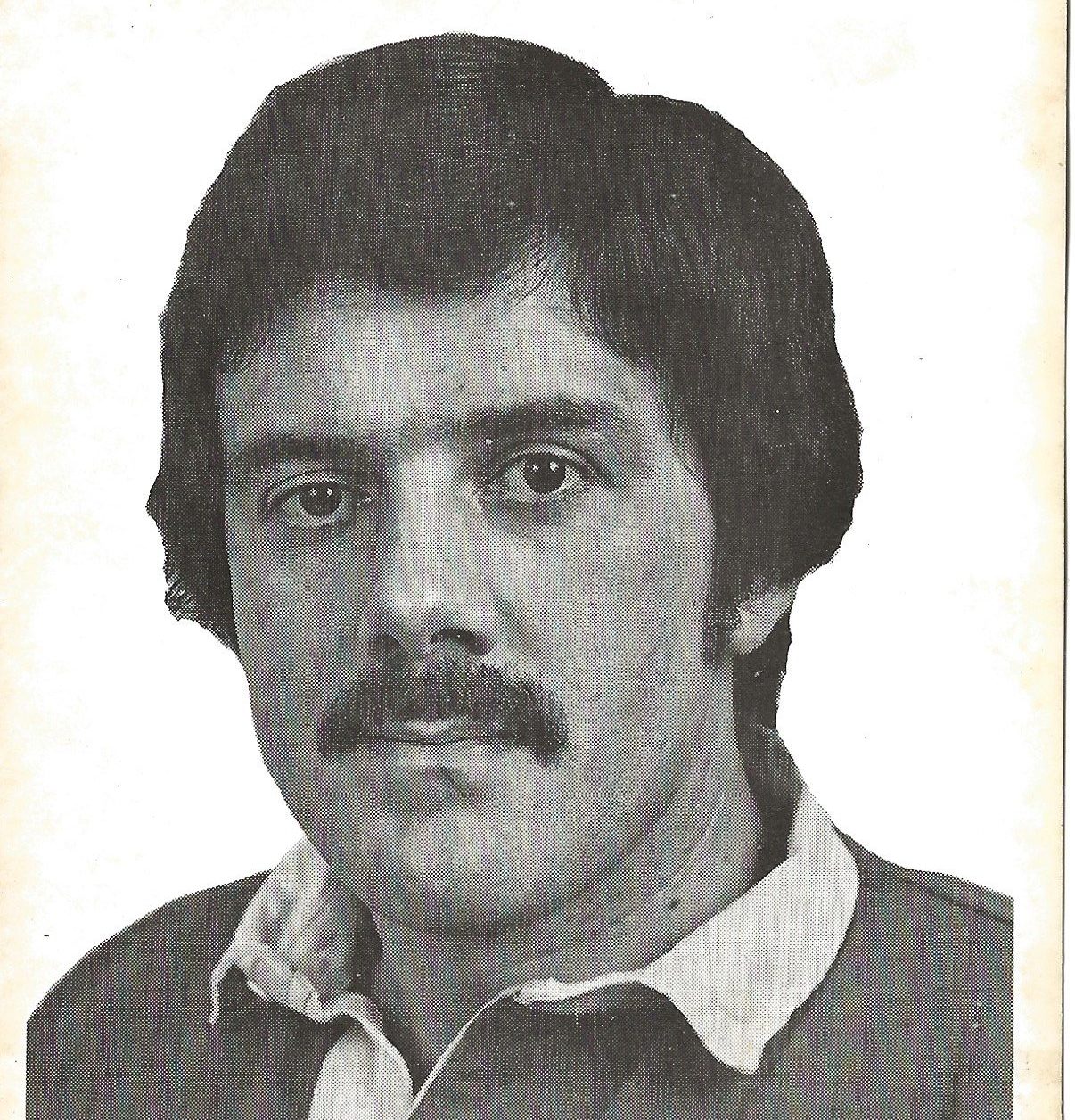 Despite his two periods with Salford covering almost a decade, it is perhaps unsurprising that the players who most readily come to Bill’s mind are those who played alongside him during his first spell at the club.

“I can honestly say that that Salford side was the fastest team I have ever played in.  It is claimed to be a much faster game today than it was back then, but, believe me, that team would probably beat the majority of the present day sides.  They were just so fast, not just of foot but of thought too.

“Kenny Gill certainly wasn’t the most fleet of foot, but he was by far the quickest thinker.  He was doing things long before anyone else realised what was afoot.  He certainly had a great rugby brain on him.

“Chris Hesketh was lightning quick, and had a side-step to go with it.  He was also strong, and, off the field, was the most comical of people.”

A variety of hookers turned out for the Reds over a short period of only a few seasons, before moving on or finishing their career.  One such was Peter Walker.

“Peter was an extremely good hooker, who, in the days of contested scrums could rake the ball with consistency.  I knew his brother Malcolm Walker, who played for St Helens, from my time there, very well.  Sadly, Peter’s career was brought prematurely to an end when he broke his leg.

“By contrast, his understudy in the ‘A’ team was another St Helens lad, Ellis Devlin, who was equally good in the loose, and in today’s game would have revelled in the role.  Unfortunately, the necessity to ensure a steady supply of the ball took precedence over that, and so Ellis was restricted to occasional call ups to the first team.

“Dickie Evans, my former work colleague, was another player to secure the hooking role for a couple of seasons, and it was great to link up with him again after all the years.”

Undoubtedly, of all the players in the team over that era, the absolute stalwart among them, from his teammates’ perception, appears to have been Welsh international forward, Colin Dixon, and Bill, too, has very fond memories of him.

“Colin was always someone who would talk to you.  It would be frowned upon in this present day, but back then, after training a group of us would all go for a drink and a chat together.  Colin was one of us, and it was in that environment I began to notice his dry sense of humour which was really quite funny.

“He had a pub in Halifax, and whenever we played over there we would call in, on our way back, and then Colin would take on the role of host and look after everybody.

“He actually became coach, towards the end of his career, for a brief spell, during which we played an away match, at Warrington.  For some reason, we all seemed quite lethargic during the first half, and when we got into the dressing-room he shut the door and delivered a few home truths, followed by the challenge to do something about it, which we did by turning the game around and winning.

“It was the way he had addressed the players, though, in such an adult fashion, which invoked the desire and determination within each of us, for make no mistake about it, Warrington were a really good side at that time, and to go there and win was a real achievement.”

Right winger, Keith Fielding (Quality St Gang No 6), was another person who earned Bill’s respect both on, and off, the field.

“As far as speed was concerned, though, they didn’t come any faster than Keith and once he was in the clear, there was no-one going to stop him.

“Off the field, he too was a friendly chatty bloke, who always had time for you, and he certainly knew how to tell a story.  On one occasion, while travelling to an away match, he had Eric [Prescott] and me completely bewildered by a card trick, which seemed impossible, until we found out that he was getting signals from behind us, from Dickie Evans.”

With both of them hailing from, and living in, St Helens, and also having played together at Rochdale, before signing together on the same day for Salford, it would be most surprising if John Butler had not been one of the players of whom Bill has long and numerous memories.

“When he moved from Keighley to join Rochdale, we were all quite surprised, because we already had a couple of good halfbacks, but he slotted in really well, and within six months of joining, he was selected to play for Great Britain, and went on tour with them.

“He had a really nice sidestep and was very quick over thirty or forty yards, both of which made him ideal as a centre because of course, as a stand-off – and an international one at that – his handling skills were excellent.”

Bill also recalls a couple of other three-quarters, who, in any other side would have had far more first team opportunities than they ever had alongside the star-studded Salford pack line.  Gordon Graham was a rugby union convert who was brought to the club by his former schoolteacher, who, by then, had taken over the reins as Salford coach, Les Bettinson.

Gordon, who had been signed as a centre, played on the wing just as much as he did there, but more often than not had to be content with a place on the bench, which in those days often meant that he remained there for the whole game, as was the case with fellow three-quarter, Tony Redfern, whose signature was so sought after by the whole of the league that Salford had to sign him on his sixteenth birthday.

With David Watkins successfully making the transition to fullback, ‘A’ team fullback Frank Stead, a native of Widnes, whom Bill readily brings to mind, was another player who also had to be satisfied with only occasional outings in the number one jersey.