Ryan Lannon – “A responsibility on us”

Ryan Lannon – “A responsibility on us” 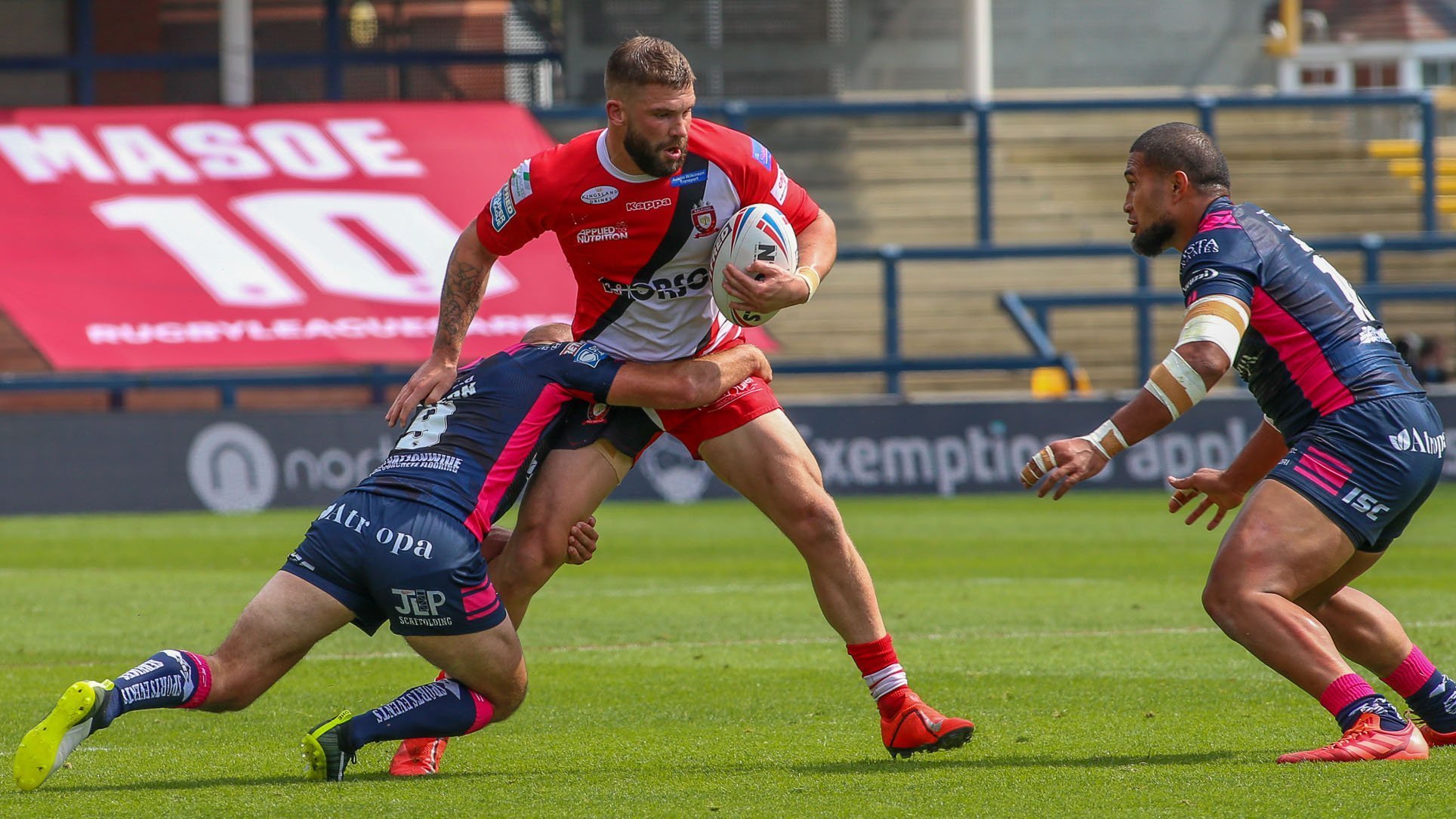 Salford Red Devils forward Ryan Lannon believes more players will come through the ranks at the AJ Bell Stadium over the coming years, following his contract extension until 2023.

A product of Salford’s academy, Lannon made his senior debut in 2015 and had a brief spell at Hull Kingston Rovers, before returning in 2019.

The 25-year-old’s extension was announced alongside Josh Johnson, who he played alongside in the Red Devils youth setup – and Lannon believes they can act as role models for the next wave of young talent at Salford, who will be nurtured by the Club’s first Head of Rugby Development, Talent & Pathways, Paul Rowley.

Lannon said: “There is a bit of a responsibility on us to go round and speak to the kids who are in and around the Foundation, to tell them there is a pathway through at Salford.

“I think that’s what the Club needs. It’s only me and JJ (Josh Johnson) left at the minute, so it would be good to get other kids through and hopefully by us signing, the kids know there’s a pathway through to the first team.”

Reflecting on his contract extension, it was a simple decision for Lannon to pledge his future to the Club.

“It was a very easy decision for me, because I’ve obviously been here most of my career,” he said.

“I had no intentions of going anywhere else, I just wanted to get it done.

“Salford was the only club in mind for me.”

????️ Show us you best colouring job on @RyeLannon11, printed out or on your device!

Lannon is hoping the Red Devils can push on in 2021 to bring some silverware home and believes it can be done with the squad now at Salford.

“With Rich (Richard Marshall) coming in and with the experience he’s had at St Helens – with what he’s bringing into the Club, I think we’re in a better position and I think we’ll have a real good year.”

Supporters can join Lannon this year, by purchasing a 2021 season ticket. Further details can be found HERE.