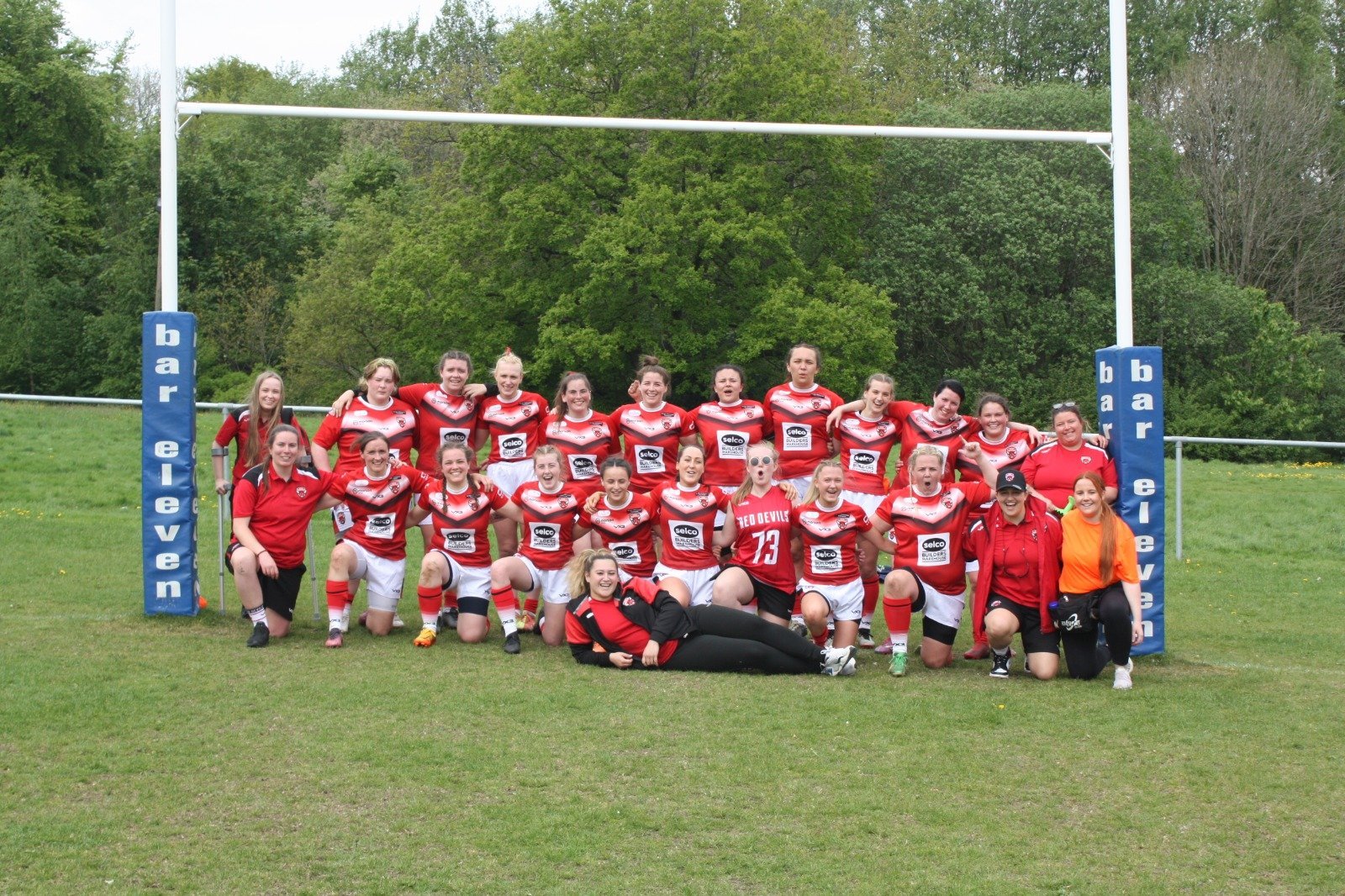 With almost remarkable predictability, Salford Red Devils’ women’s team continues to go from strength to strength, with last Sunday’s most impressive cup victory, away at Illingworth, taking them, after merely a month since their first competitive game, straight into the semi-finals of the League Cup.

The team was pleased to welcome back fullback, Luci McKeown, after missing the Dewsbury encounter, the previous week, and also Katie Garry onto the substitutes’ bench for what was to be her debut game.

That they really meant business was quite evident from the start, but was spelled out loud and clear after five minutes, when McKeown beat the incredible number of four players to go through to open the scoring, with Demi Jones slotting over the conversion.

Having laid down the gauntlet, it was then up to Illingworth to take up the challenge, and indeed they did just that, limiting the Salford opportunities for scoring, thereafter, for a full fifteen minutes, at the end of which McKeown seized the opportunity of adding another four points to her own growing tally, and put the Red Devils ten points ahead.

Yet again their hosts needed a response, and once again produced one, only this time it also produced a score of their own.  A cluster of penalties awarded to the home side gave them ample opportunity to set up a volley of attacks, over a four-minute period, and ultimately saw them crash through for a converted try, which really put them into contention, at 6-10

It did in fact take the visitors a further ten minutes to reassert their command on the game, and it was the intervention of Steph Gray, once again operating at right centre, who changed things in favour of the Reds.

She followed up her own overhead kick with a chase, filled with sheer determination, and then applied further soccer style skills to direct the ball into the vicinity of the try line, where, who should appear as if from nowhere to complete what must be one of the fastest hat-tricks to have been scored at this level, but Luci McKeown.

With Jones’s conversion the Salford team was able to retire to the changing-rooms at half time, with a 6-16 lead, and within three minutes of the resumption, following some magnificent carries by the forwards, which built up both momentum and an attacking platform, Lauren Ellison, on the right wing, charged down a kick then to beat the fullback to the ball for  what was probably a most crucial of tries, converted by McKeown.

The importance of this try was more the effect it had on the Illingworth side than its impact on the scoreboard, for to concede tries either side of half time, as they had done, is quite demoralising, despite their brave efforts in the first half, and  this one proved to be the one which opened the floodgates for a procession of scores.

Five minutes later slick hands from team captain, Louise Fellingham and McKeown, that had been started with an onward tip by Meg Condliffe, put Gray over near the corner, too far out for a successful conversion. 6-26

Kayleigh Bradshaw was next on the scoresheet with her try again being converted by McKeown, on 58 mins, with Fellingham crossing four minutes later, and Demi Jones returning to goal-kicking duties, to add the extras and take the Salford score to thirty-six.

Possibly the most popular try among the players, however, was their final one by Eponine Fletcher, with her first ever score, from a floating pass from Fellingham after she had combined with half back partner Jones, to ring up the forty.

After such a romp of a second half it is now going to be essential for the group to refocus, ahead of their next match which will involve the prospect of a long journey to Hull KR, this coming weekend.