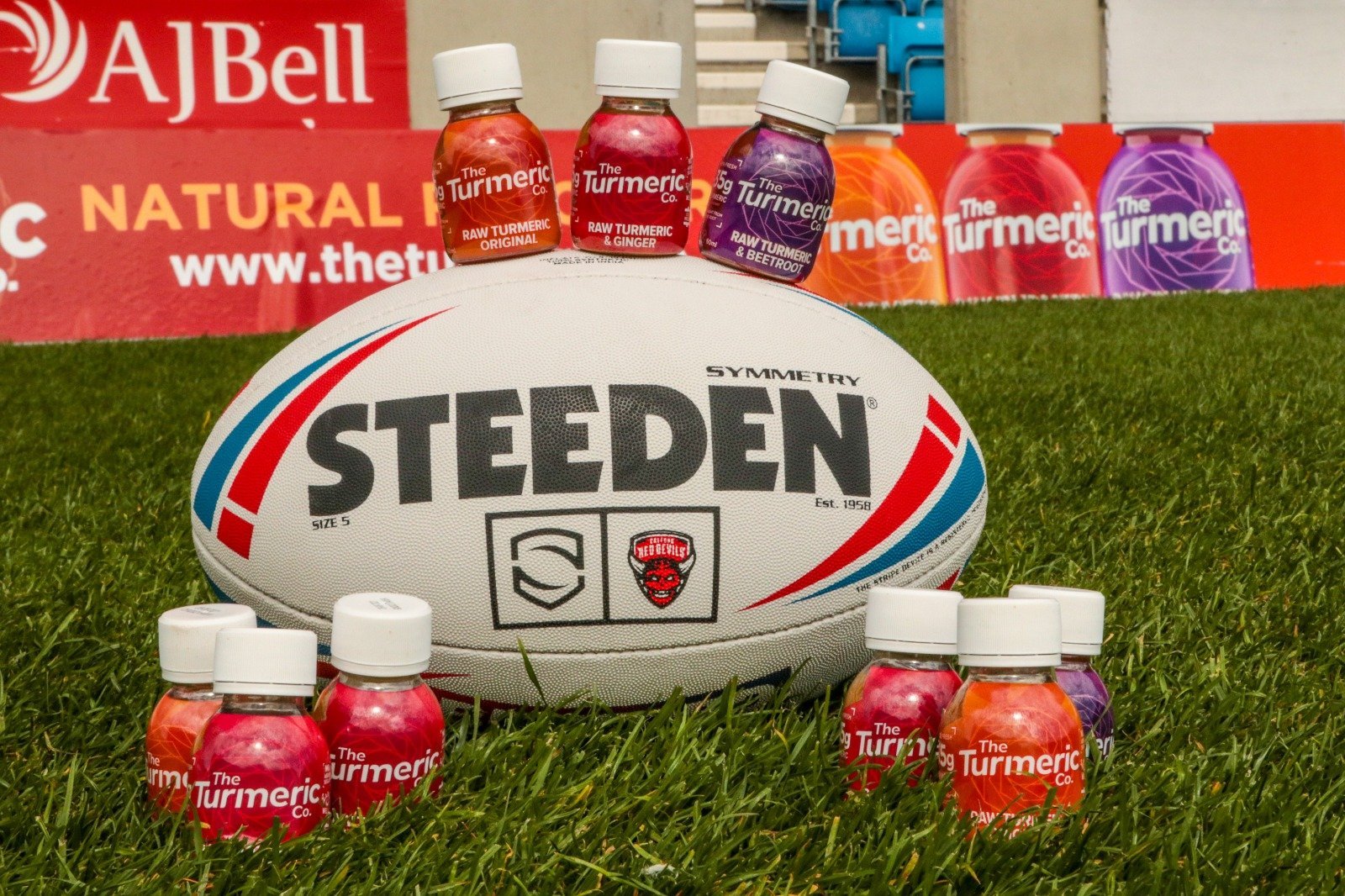 The Turmeric Co. has been confirmed as official turmeric supplier to Salford Red Devils, providing the team with nutritional drinks for the remainder of the season.

Founded by West Bromwich Albion and Wales striker Thomas Hal Robson-Kanu, The Turmeric Co. produces turmeric shots packed with some of nature’s most beneficial foods and nutrients. After many years of dedicated development, the shots are both delicious and refreshing in taste and include all-natural ingredients including turmeric, beetroot and ginger.

The Turmeric Co. is the UK’s leading producer of naturally produced turmeric shots, which are used by a number of professional football clubs and elite athletes to enhance their recovery and holistic health. The partnership with Salford Red Devils marks The Turmeric Co’s first rugby league club relationship.

Commenting on the new partnership, Salford Red Devils’ Elite Performance Nutritionist, Jodie Hemmings-Trigg said: “I am really excited to be working with The Turmeric Co, using their products to support recovery and overall wellness with our players will be vital in a season with congested fixtures.

“Knowing that we have The Turmeric Co. shots to support players provides extra peace of mind. The shots taste great and will be heavily featured with individual nutrition strategies to maximise performance and readiness this season.”

“In this, the year of the Rugby League World Cup, this partnership with an iconic club such as Salford Red Devils is hugely important for The Turmeric Co.

“We have enjoyed working with sports teams from across the Football League, Premiership Rugby and even recently the British Gymnastics squad, but we are always looking to broaden our horizons and demonstrate the power of The Turmeric Co. across all sporting disciplines.”