Salford Red Devils feature on City of Salford Monopoly board

Salford Red Devils feature on City of Salford Monopoly board 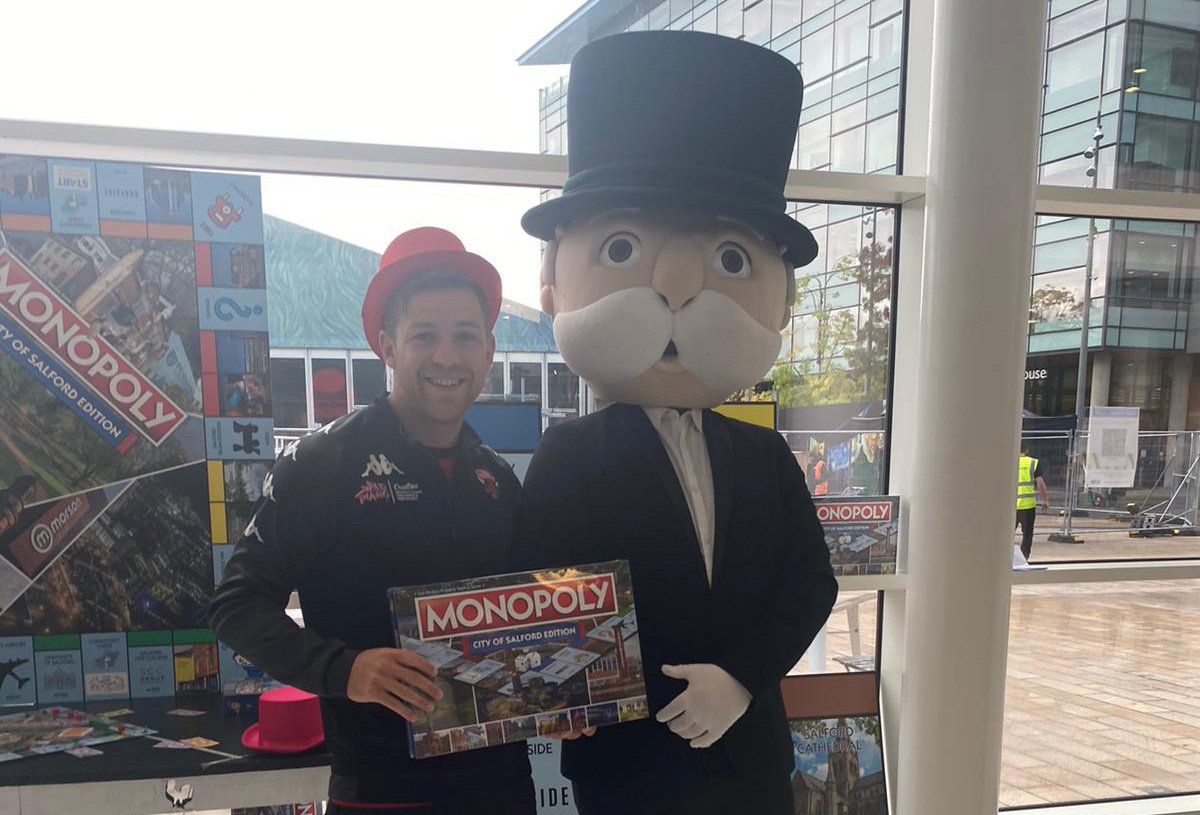 An official Salford version of the world’s most popular and famous family gaming brand has hit the shops this morning, and we’re delighted to announce it features Salford Red Devils.

In all, more than 30 Salford landmarks and charities ‘Pass GO’, with Salford Red Devils featuring on the board itself.

Salford Red Devils commercial manager Hannah Kilby said: “To be associated with the World’s most famous board game is massive for the club, in terms of getting not only our image and name out there to a wider audience, but the sport of rugby league itself.”

The makers have largely themed the famous Monopoly multi-coloured property sets around different genres. From heritage to shopping and culture to sport. The four train stations from the London original game each take on a ‘travel’ theme, as Salford doesn’t have four main line train stations to select from.

The very recently re-branded MediaCity – formerly MediaCityUK up to last month (September) – gets to land on the top ranked square. It replaces glitzy Mayfair from the game’s classic London original.

And here is how the new game works: Whilst the rules, money denomination, playing tokens and above all the spirit of the MONOPOLY game stay the same, all the property spaces become Salford landmarks. Chance and Community Chest cards are customised too. One rewards players with enough money for a shopping spree at Quayside! Whilst another fines players for littering at the historic Clifton Country Park.

The board is available now at Asda, Ryman, Selfridges, Waterstones, The Works and WH Smith – as well as extensively online, including on Amazon.