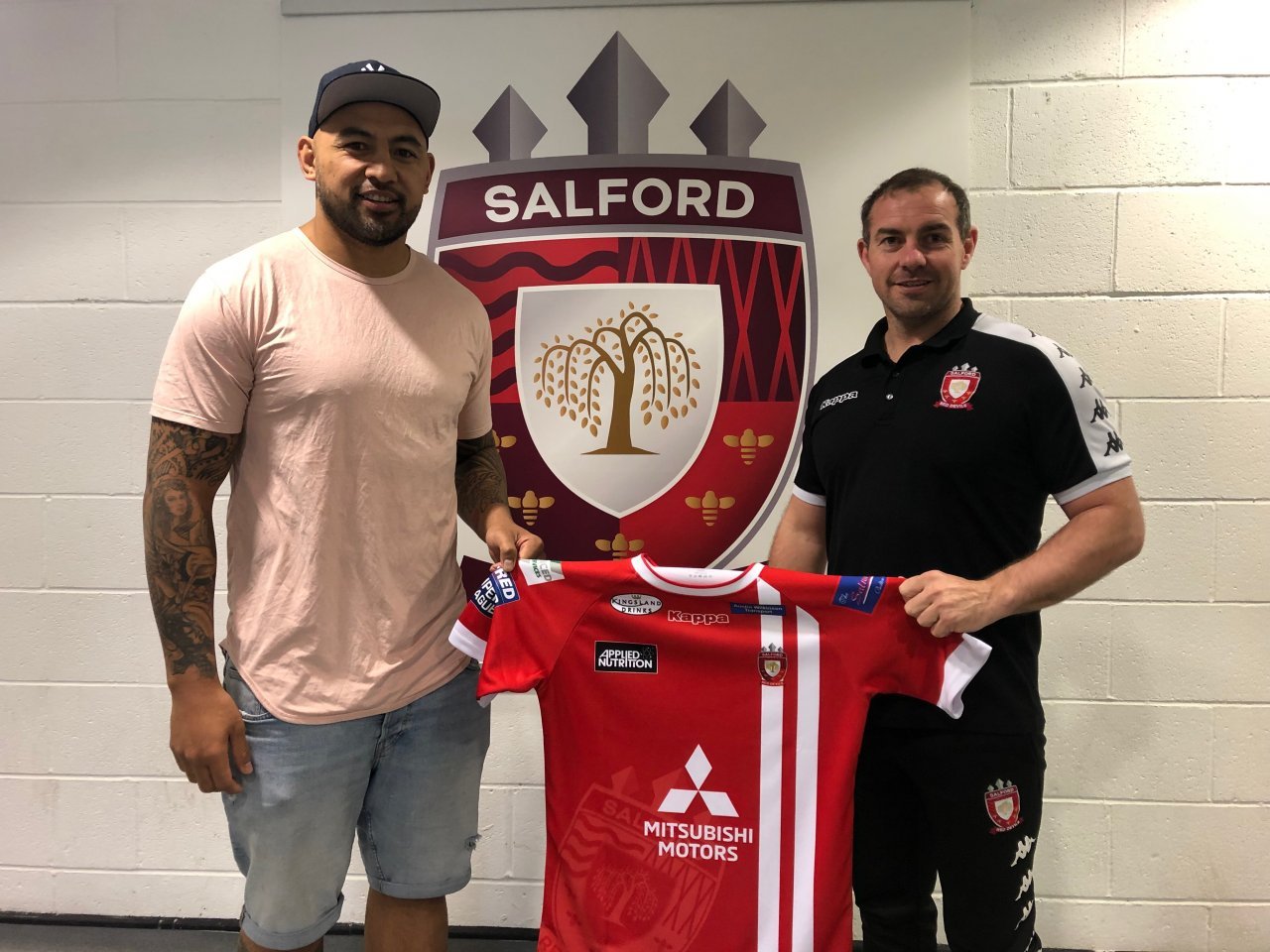 Salford Red Devils are delighted to confirm the signing of vastly experienced back Krisnan Inu.
Following an emphasis on our Squad Builder scheme, the Club have committed to making one more big signing and you can now commit to helping the Club continue to grow and compete by joining our Squad Builder initiative before the deadline on Sunday 31st March.
Inu had seven successful seasons in the NRL with Parramatta Eels, New Zealand Warriors and Canterbury Bulldogs featuring in the 2015 NRL Grand Final for the latter. Scoring over 60 tries and 130 goals, Inu earned caps for New Zealand and Samoa while playing in the NRL.
A brief stint in Rugby Union with Stade Francais was followed by a move to Catalans Dragons and, more recently, Widnes Vikings for whom he averaged a try every other game before being released due to their relegation.
Salford Red Devils Head Coach, Ian Watson, said: “Krisnan is a high-quality addition to our back-line who we spoke to in pre-season and are now really pleased to have brought to the Club.
“He has a proven record in both the NRL and Super League so when Krisnan became available it was important for us at the Club to sign him in order to lift the levels of competition and quality within our squad.
“We are hoping after a couple of setbacks we can get Krisnan back to his best and back to enjoying his Rugby League.”
Salford Red Devils Director of Rugby and Operations, Ian Blease, said: “We have been speaking and working hard with Krisnan over the past few months, so to finally be able to bring him to the Club is fantastic.
“Krisnan has played at the highest level domestically and internationally and is a really strong addition to an already competitive squad.
“He’s extremely versatile across the back-line and I’m confident we can bring the best out of him on the field for the remainder of the 2019 season.
“Big credit has to go to our supporters who have backed our Squad Builder initiative as this has been huge in helping us get Krisnan over the line and I’d like to see them continue to support this scheme ahead of next week’s deadline.”
Inu will be available for selection as Salford Red Devils get ready to take on Wakefield Trinity on Sunday 31st March at the Mobile Rocket Stadium.