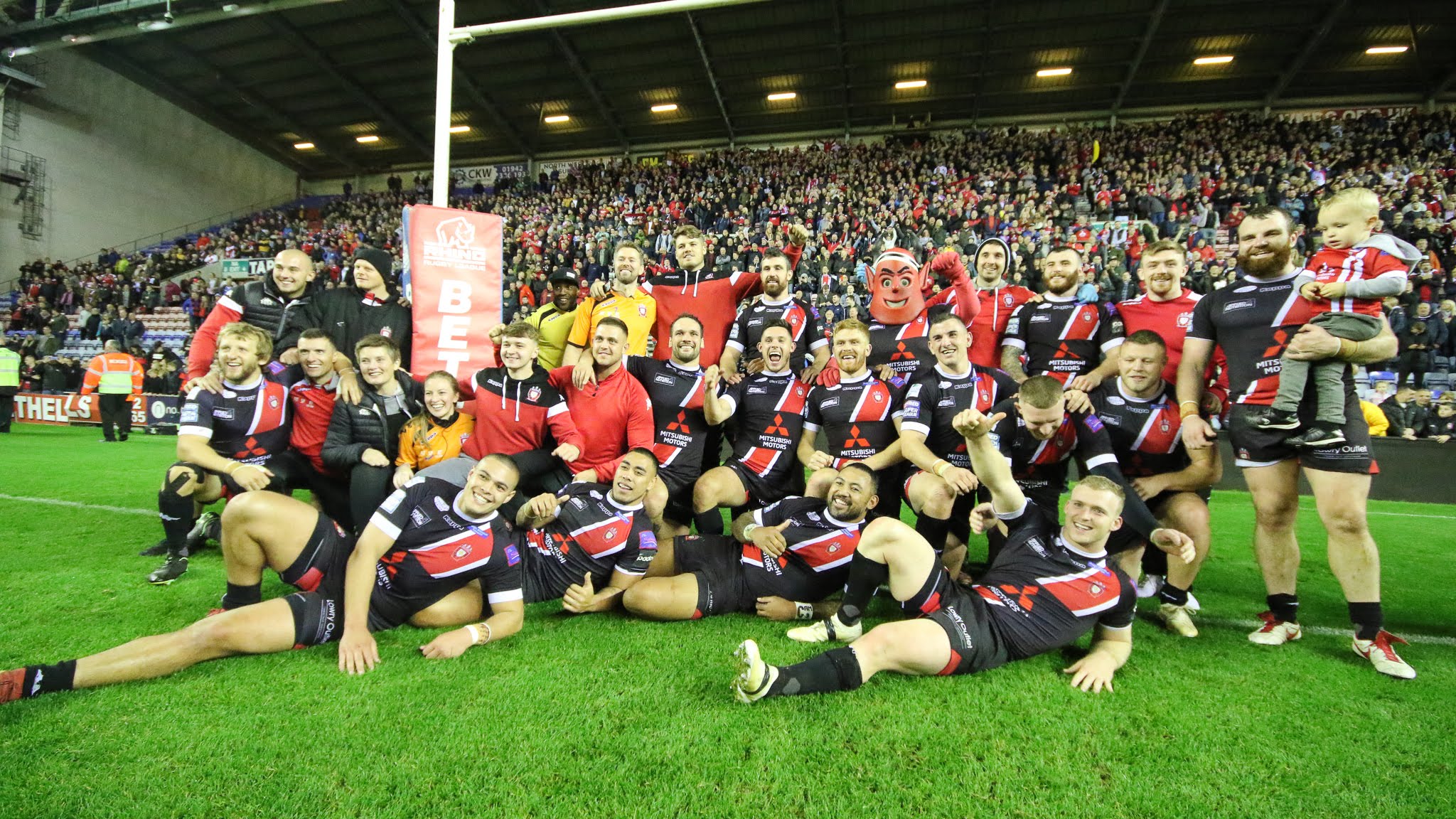 Squad Builder has been launched for the Salford Red Devils 2020 campaign.
The 2019 Squad Builders’ contribution led to the inclusion of Young Player of the Year Joey Lussick in the Red Devils ranks for their journey to the Betfred Super League Grand Final.
Head coach Ian Watson, who is currently on international duty as Great Britain assistant, is looking to field a stronger squad in 2020. Therefore, Red Devils supporter are being urged to get behind the Squad Builder initiative.
The Red Devils have already made significant acquisitions ahead of their 2020 campaign, including Welsh internationals Rhys Williams and Elliott Kear, World Cup finalist Kevin Brown and retuning academy graduate Ryan Lannon.
Salford Red Devils director of rugby and operations Ian Blease said: “We’re really grateful for the contribution from Squad Builders towards this year’s team.
“Joey was a vital part of the squad which helped us reach the Grand Final and fittingly, he developed a strong bond with our supporters.
“Without the generosity of our Squad Builders, last season’s dramatic play-off campaign would not have been possible.
“We ask all supporters to get behind the initiative ahead of our 2020 campaign, while Coach Watson and myself are assembling the side for next season.
“We want to continue to compete with the other elite sides in Super League and for that we need the backing of our whole support base.”
Squad Builder can be paid for outright from the AJ Bell Stadium ticket office, by calling 0161 786 1570, or online HERE.
Monthly Direct Debit payments can also be made, with those who purchase before November 19, able to spread their payments across eight months.
The Squad Builder price categories are split into Gold, Silver and Bronze, to allow fans with different financial situations to support the club accordingly.

Unfortunately due to recent poor weather neither pitches will be playable for tomorrows... @CollegeRL fixtures for both @SalfordDevils 🔴 & ⚫️ teams!

⌛️ A reminder that the cut-off date to retain your seat as a season ticket holder is tomorrow (1st December).

Buy your ... season ticket and retain your seat here 👉 http://bit.ly/3zV4vkk