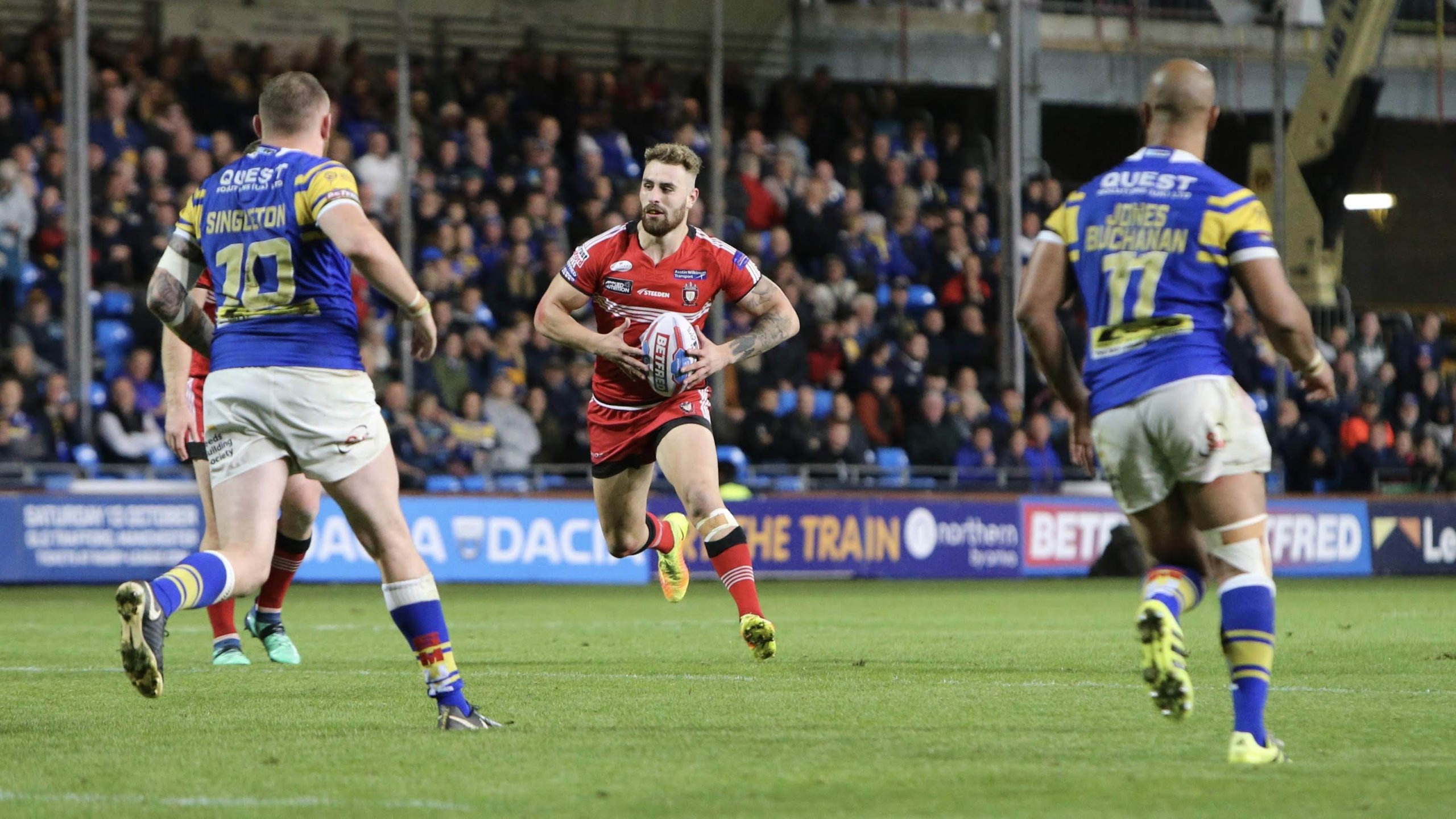 Salford Red Devils are pleased to confirm the re-signing of Jansin Turgut following a successful short-term stint with the Club at the end of the 2018 season.
Turgut spent time with Hull FC between 2015 and 2018 as well as enjoying loan spells with Featherstone Rovers and Doncaster RLFC before joining the Red Devils.
Salford Red Devils Head Coach, Ian Watson, said: “Jansin is a young middle with Betfred Super League experience who when coming in at The Qualifiers stage last year showed glimpses of his versatility, ability & aggression.
“Jansin is also a former England Academy captain who possesses great potential and hopefully he can fulfil that potential here at Salford Red Devils. Jansin brings an extra level of competition to our squad & is determined to position himself as a starting player.”
Salford Red Devils Director of Rugby and Operations, Ian Blease, said: “We’re really pleased to get Jansin over the line for at least another season.
“Jansin came in for the closing stages of the 2018 season and really bolstered our squad and made a great impression when he featured against London and Leeds. He showed a desire, attitude and hunger to perform for the Club which made us want to keep him on for the 2019 season.
“He adds some competition for places in our forwards and we’re hoping he is the first of a few more signings in the middles.”
Turgut will link up with the Red Devils on the first day of pre-season tomorrow.