Squad | Hastings will remain a Devil

Squad | Hastings will remain a Devil 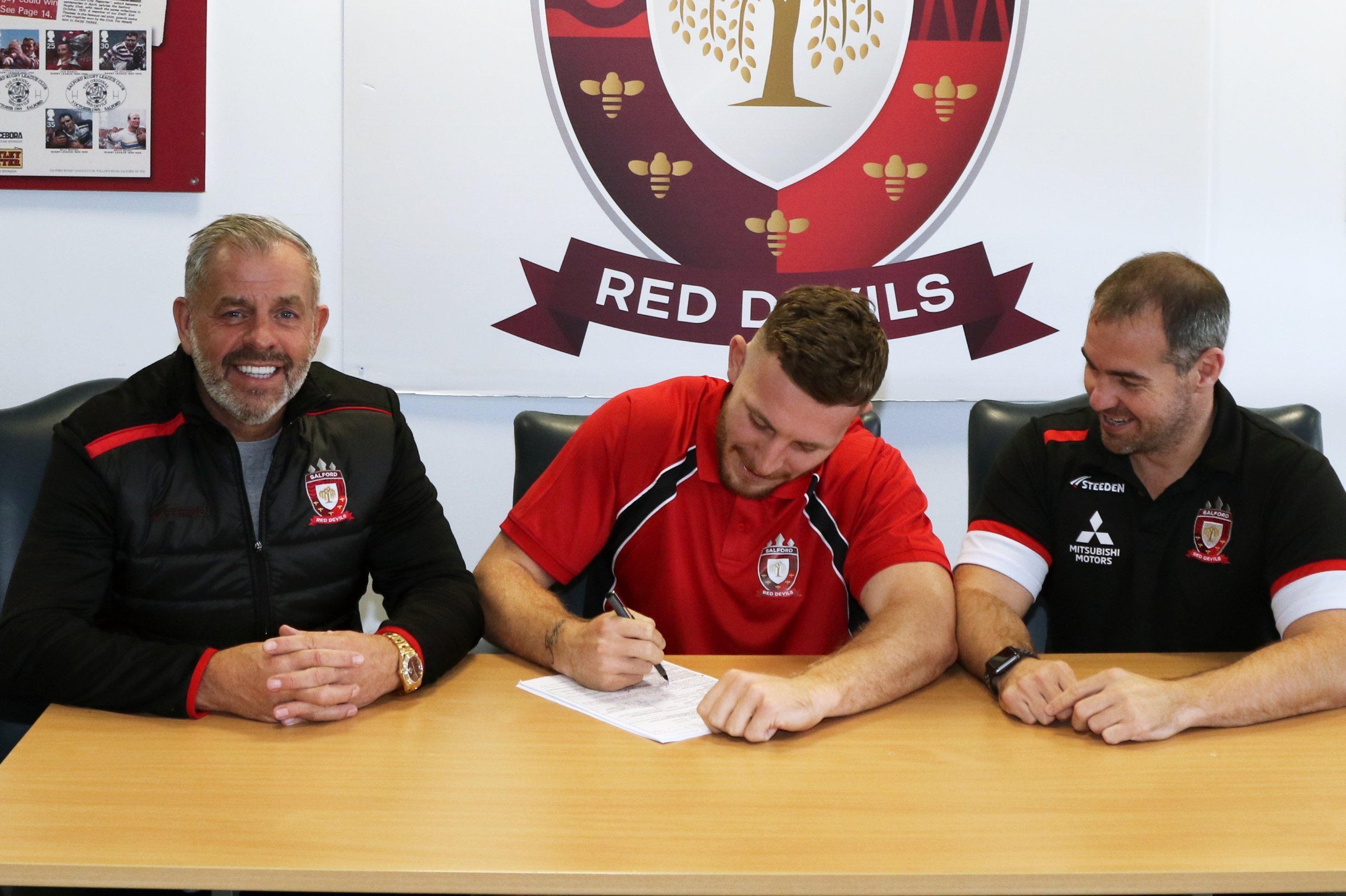 Salford Red Devils are delighted to announce the signing of halfback Jackson Hastings for the 2019 season.
Hastings – who arrived at the AJ Bell Stadium at the end of July – had a huge impact on the Red Devils end to the season crossing for five tries and guiding the side to a 1st place finish in The Qualifiers.
Hastings said: “In the end it was a pretty easy decision to be honest.
“When I laid in bed at night weighing up my options I really couldn’t see myself playing anywhere else over here.
“The amount of support the Club gave me through a tough time in my life, the love that I’ve got from the fans and the respect I’ve got from the playing group is something that if I’d walked away from it I know I wouldn’t have been happy with.
“I’m happy with my decision and hopefully we can kick on and have a good season next year.”
Head Coach Ian Watson said: “Signing Jackson for the 2019 season is a great piece of business by the Club and a great piece of business for Super League as a whole.
“His energy and enthusiasm around the Club and the boys is infectious and you can see in the games he’s played how it lifts people around him. We have always had effort and commitment from our team but Jackson has lifted the pressure and allowed others to just play and enjoy the game.
“Jackson wants to lead a team and be the dominant half and that fits perfectly within our team dynamics.
“I hope Jackson can continue to enjoy his football and show everyone over the next twelve months how good a signing he is.”
Director of Rugby and Operations Ian Blease said: “We are absolutely delighted to have Jackson put pen to paper on a new deal with our Club.
“I have been talking with Jackson for some time now about his options and he has now made his decision to stay with us based on our aims of building this team and Club year on year and becoming a major force in the Super League.
“Jackson was instrumental to our form and finish at the back end of this season and he has been fantastic in and around the Club over the past three months. He has great character, a winning mentality – which I admire greatly – and he is infectious.
“Jackson has developed a great relationship with the players, staff, fans and the City’s community as a whole in such a sport space of time at the Club and that’s a credit to him as a person.
“This signing is a real statement of intent and in that we’ve staved off some tough competition from other clubs to sign Jackson for the 2019 season.
“We now look to this wonderful City we play in, our fans & community to back these signings and purchase your 2019 Season Tickets so we can thrive as a Club – #TogetherStronger – in Super League.
“Following the huge signings of Joey Lussick and Jackson Hastings we will also be introducing a new scheme – The Squad Builder – next week for fans to help the Club purchase some more high-calibre names in the future.”