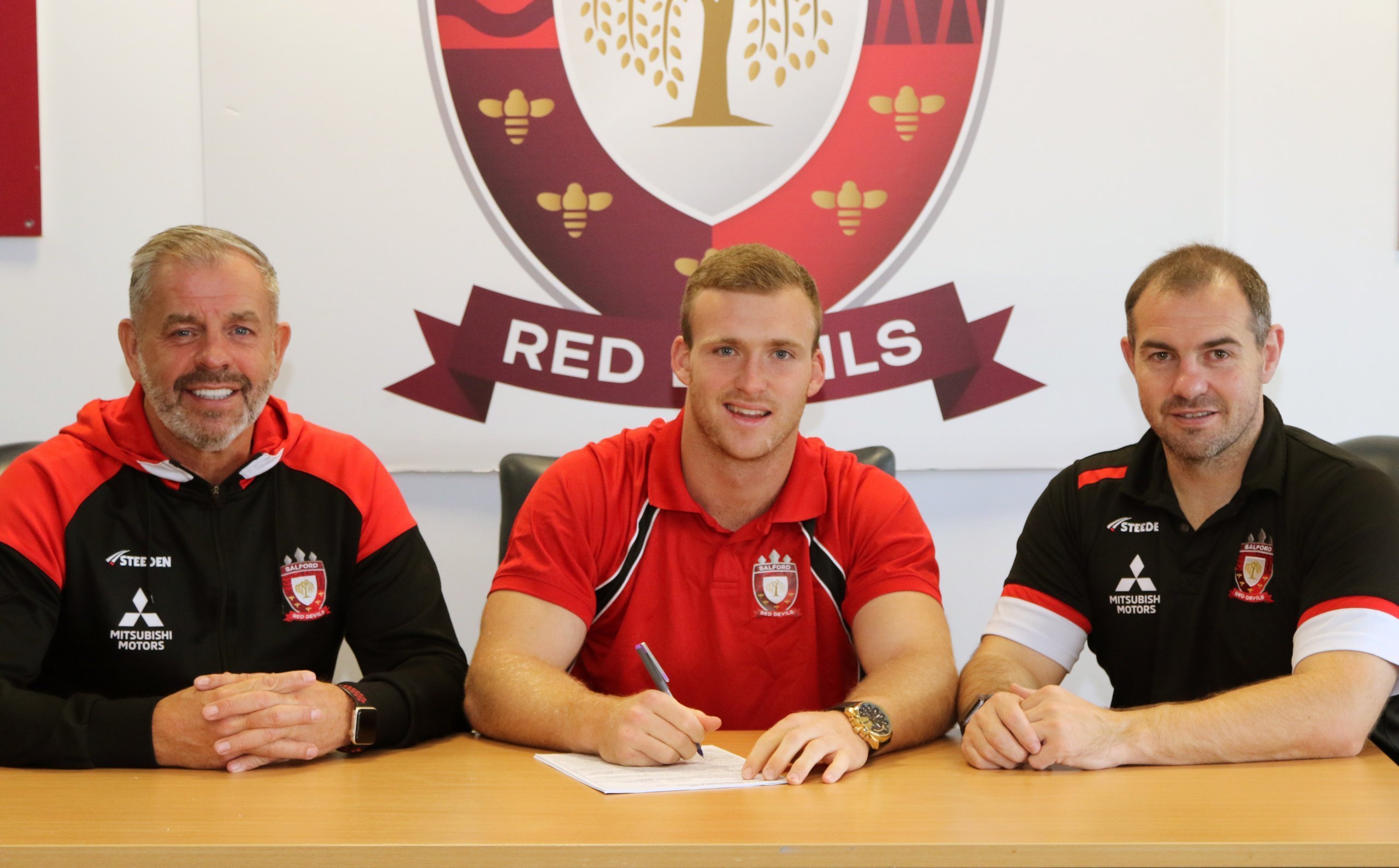 Salford Red Devils are delighted to confirm that Joey Lussick has signed a two-year deal with the Club.
Lussick arrived from Australia in August and featured in each of the Red Devils’ seven Qualifiers fixtures helping Salford to a 1st place finish, scoring two tries in the process.
Lussick, sponsored by Capricorn Security, said: “I’m really happy to have put pen to paper.
“Since I arrived here in The Qualifiers it’s certainly been interesting but the Club from day one has been amazing, and all the boys have brilliant too.
“I’m delighted to continue my future here at Salford Red Devils for the next couple of seasons. There’s a seriously friendly atmosphere around this place that makes you want to stay.”
Head Coach Ian Watson said: “We are really pleased to announce the retention of Joey. He’s been a massive lift alongside Jackson.
“He gave us some real good organisation and has been pivotal to the spine’s success in The Qualifiers in achieving the top of the league and best defensive record.
“He’s been a mainstay for us after the loss of Josh Wood through injury, and his ability to be able to play a quality eighty minutes has given us even more options.
“We are hoping we can build on the success on the coming season with Joey progressing in his own game.”
Director of Rugby and Operations Ian Blease said: “Getting Joey over the line for the next two seasons is massive for the Club.
“We’ve been in talks for a while and I’m delighted that Joey can see the ambition we have here at Salford Red Devils and that he wants to continue and further his career here.
“We’re continuing to work hard behind the scenes to complete more key signings ahead of the 2019 season.”
2019 Season Tickets are now available to purchase at the AJ Bell Stadium Ticket Office, over the phone on 0161 786 1570 or by simply clicking HERE.
For all 2019 Season Ticket prices click here.
To check out all FAQ’s regarding 2019 Season Tickets click here.
#TogetherStronger