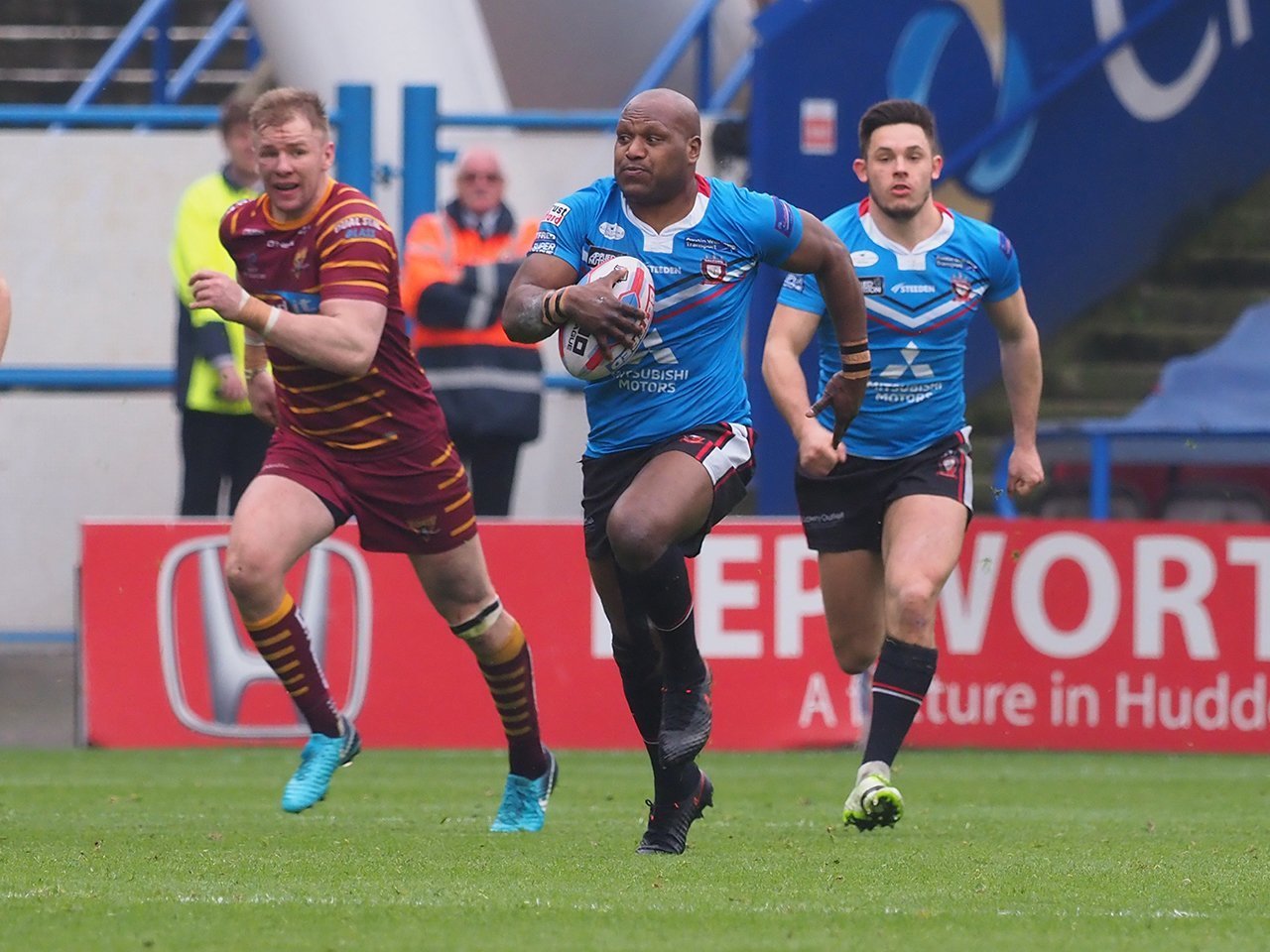 Following yesterday’s emphatic away victory over Huddersfield Giants we’ve rounded up the key figures in this week’s ‘Stat Pack’.
Rob Lui
Half-back Rob Lui earned yesterday’s Man of the Match award and he is this week’s ‘Player in Focus’.
Lui kicked a pivotal 40/20 early in the game which set Salford off on the front foot and the Australian almost kicked another in the second half but was denied by a matter of inches.
The half-back put in ten kicks throughout the game with six of them being clever positional kicks at key times for Salford.
With 17 carries amounting to 136 metres – the most of any Red Devil – meant Lui was a constant threat for the Giants defence. Lui also racked up one try assist, one break pass, two initial breaks and ten tackle busts in a brilliant attacking display.
Hard yards
There were some hard yards earned all over the park by the Salford Red Devils in yesterday’s victory against Huddersfield Giants with six players averaging eight metres or more per carry.
Greg Johnson averaged a ten-metre gain per carry helping the Red Devils bring the ball out from their own half. Jake Bibby and Junior Sa’u both averaged over eight metres per carry in a physical afternoon for the backs.
Lama Tasi came on from the bench and made the impact we’ve come to expect this season averaging almost nine metres per carry. Jack Littlejohn and Logan Tomkins also averaged over eight metres per carry.
Overall control
Salford were in front from the moment Mark Flanagan crossed just after the ten-minute mark and the Red Devils controlled the game from thereon out.
The Red Devils spent more time in possession than Huddersfield by almost three minutes, had a total of five more sets and completed ten more than the Giants throughout the game.
Of course, this led to more carries for the Red Devils, more play-the-balls, more quick play-the-balls and 128 more metres made.