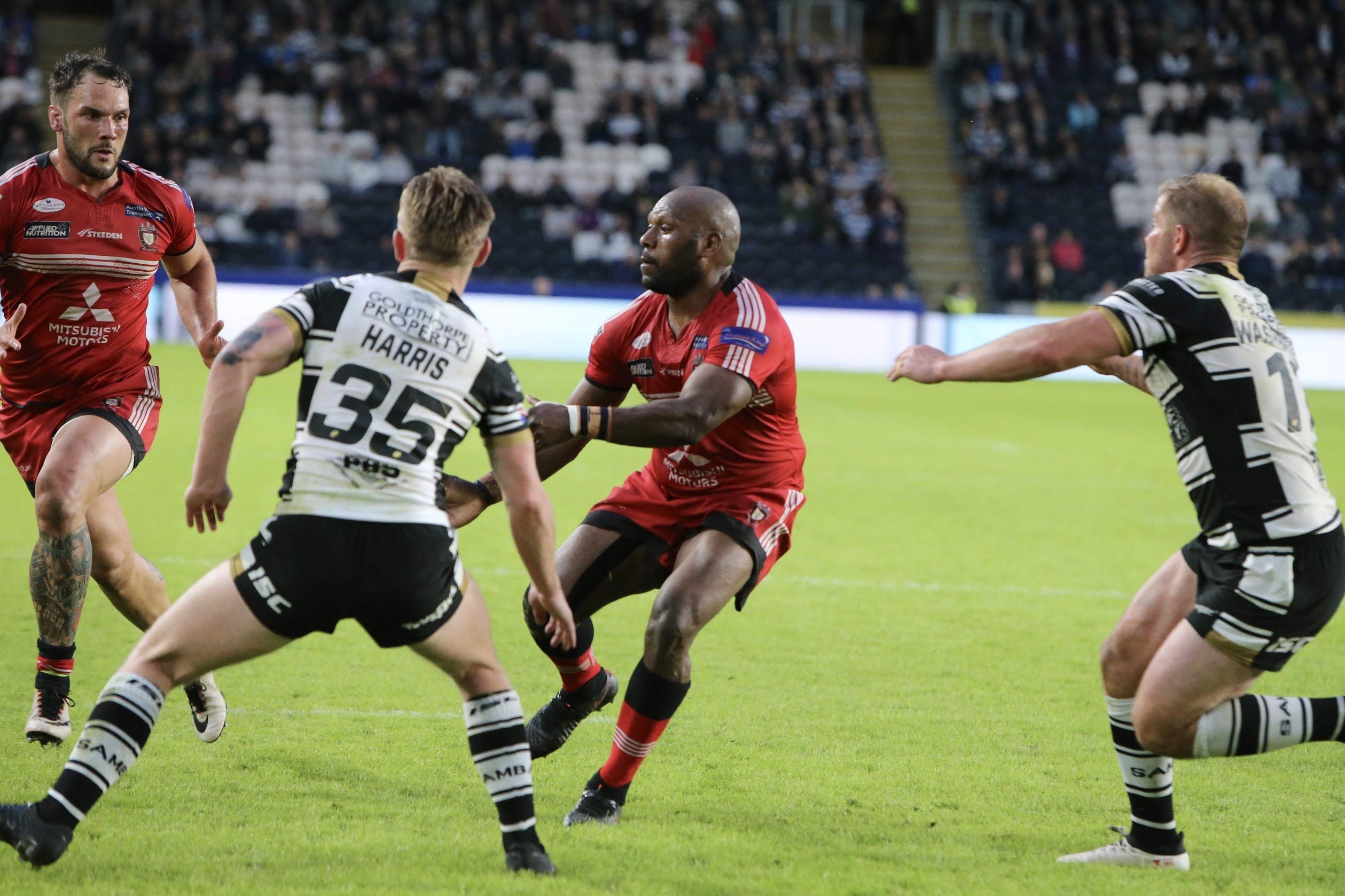 We take a look at all the stats from last night’s game against Hull FC at the KCOM Stadium.
Player in focus
This week’s ‘Player in Focus’ is George Griffin who crossed for a try late on for the Red Devils; his third of the season.
Griffin was one of five Salford players to rack up over 100 metres with ball in hand alongside Greg Johnson, Junior Sa’u, Derrell Olpherts and Lee Mossop. The prop-forward also made 31 tackles sitting one behind regular top tackler Logan Tomkins. Griffin made ten carries throughout the game as well as making one initial break.
Backs earning hard yards
The focus is often on the forwards when it comes to making the metres but Salford’s outside backs put their hands up against Hull FC last night.
Derrell Olpherts – who has impressed in recent weeks – was the team’s biggest metre-eater totalling 150 metres with ball in hand. He was followed by reliable centre Junior Sa’u who made 135 metres while Greg Johnson was just eight metres behind Sa’u.
Olpherts finished the game with an average of 8.8 metres per carry while Kris Welham, Sa’u and Johnson were all above 7 metres per carry, on average.
Overall stats
The biggest difference between the sides was completed sets with Hull FC managing to complete on 30 occasions; nine more than the Red Devils. The teams were relatively evenly matched in terms of incomplete sets 9-11.
Salford actually spent more time with ball in hand than the Black and Whites and also had more play-the-balls and more quick play-the-balls. However, the penalty count was comfortably in the hosts’ favour, 4-10.
In areas such as breaks, offloads and errors the sides were extremely evenly matched. Hull FC made ten more tackles than Salford and missed six more than the Red Devils.