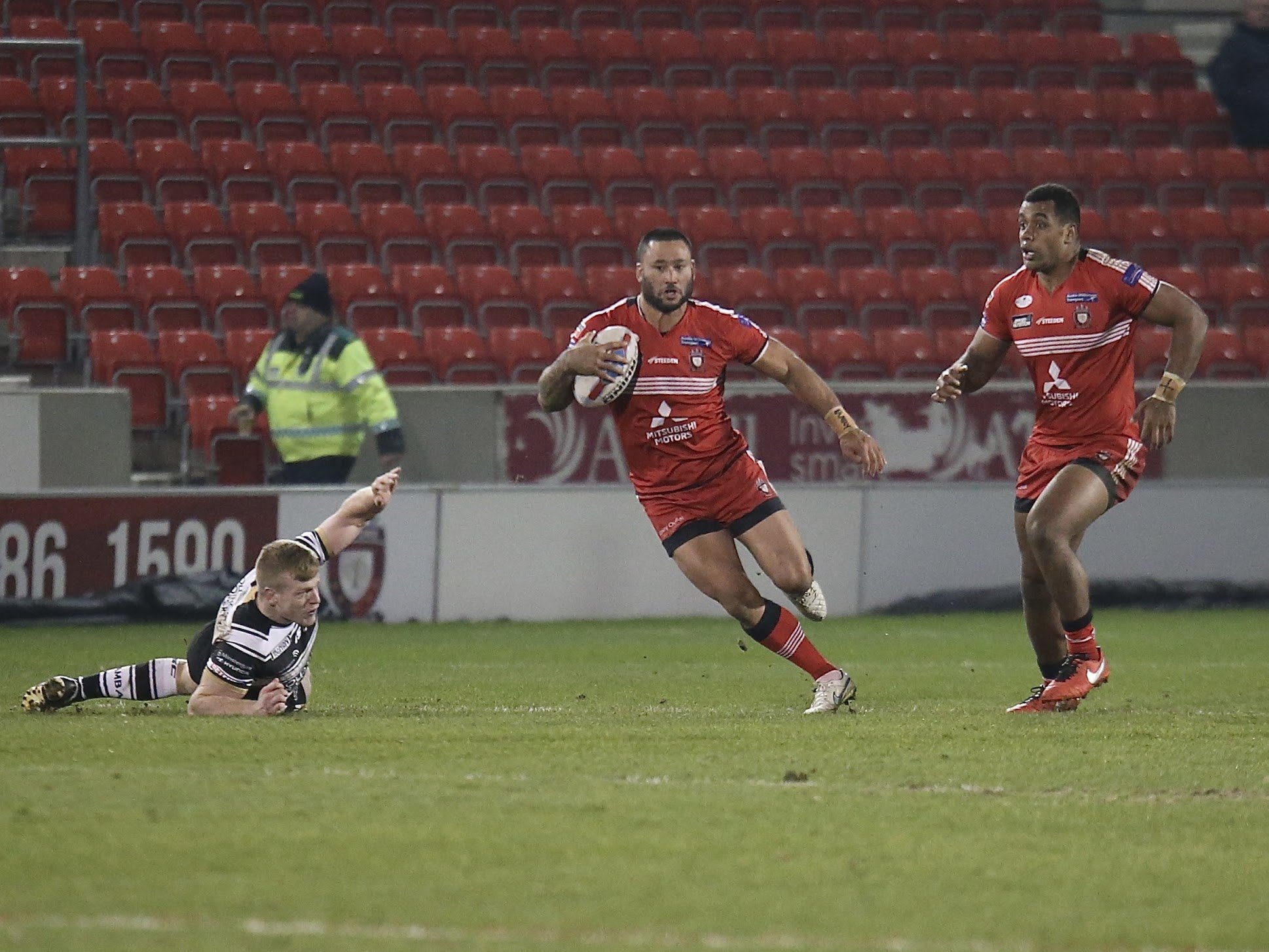 Following the Red Devils 24-8 victory over Hull FC in the Betfred Super League we delve into the stats from Friday night’s clash.
Greg Johnson
Each week we’ll focus on one Red Devils stats from the game and this week’s player in focus is winger Greg Johnson.
Johnson, who returned to the side last weekend against Castleford Tigers, was Salford’s top metre-maker against Hull FC on Friday night amassing an impressive total of 116 metres over 16 carries. The winger also made the most breaks for the hosts with two.
The wingers work bringing the ball out from the Red Devils own half was instrumental and this is how Johnson broke from deep in the lead-up to Jack Littlejohn’s try. It was in this sequence that Johnson made his only offload of the game, but it was a crucial one as it saw Salford extend their lead further.
Hull FC struggled to break Salford down and Johnson made seven successful tackles on his flank preventing the Airlie Birds from scoring down the left-hand side.
Club Captain leads from the front
Club Captain Weller Hauraki led from the front this weekend when it came to defensive efforts has he racked up 34 successful tackles – five more than any other Red Devil. Hauraki also averaged nine metres with each carry against the Hull defence.
Mark Flanagan, Tyrone McCarthy, Lee Mossop, Logan Tomkins and Craig Kopczak were all in the thick of it with each making 25+ tackles in Friday night’s victory.
Assists
Junior Sa’u was the front runner when it came to assists this weekend as he played a vital role in both Jack Littlejohn and Greg Johnson’s tries.
The centres support play along with a well-timed pass to the Australian half-back helped Salford extend their lead at a key stage in the match before a pass wide allowed Johnson to round off the victory in the closing stages.
Tyrone McCarthy also got a neat try-assist in the first half as he somehow pulled off a brilliant offload to find Ben Nakubuwai who crossed for his first Salford try.