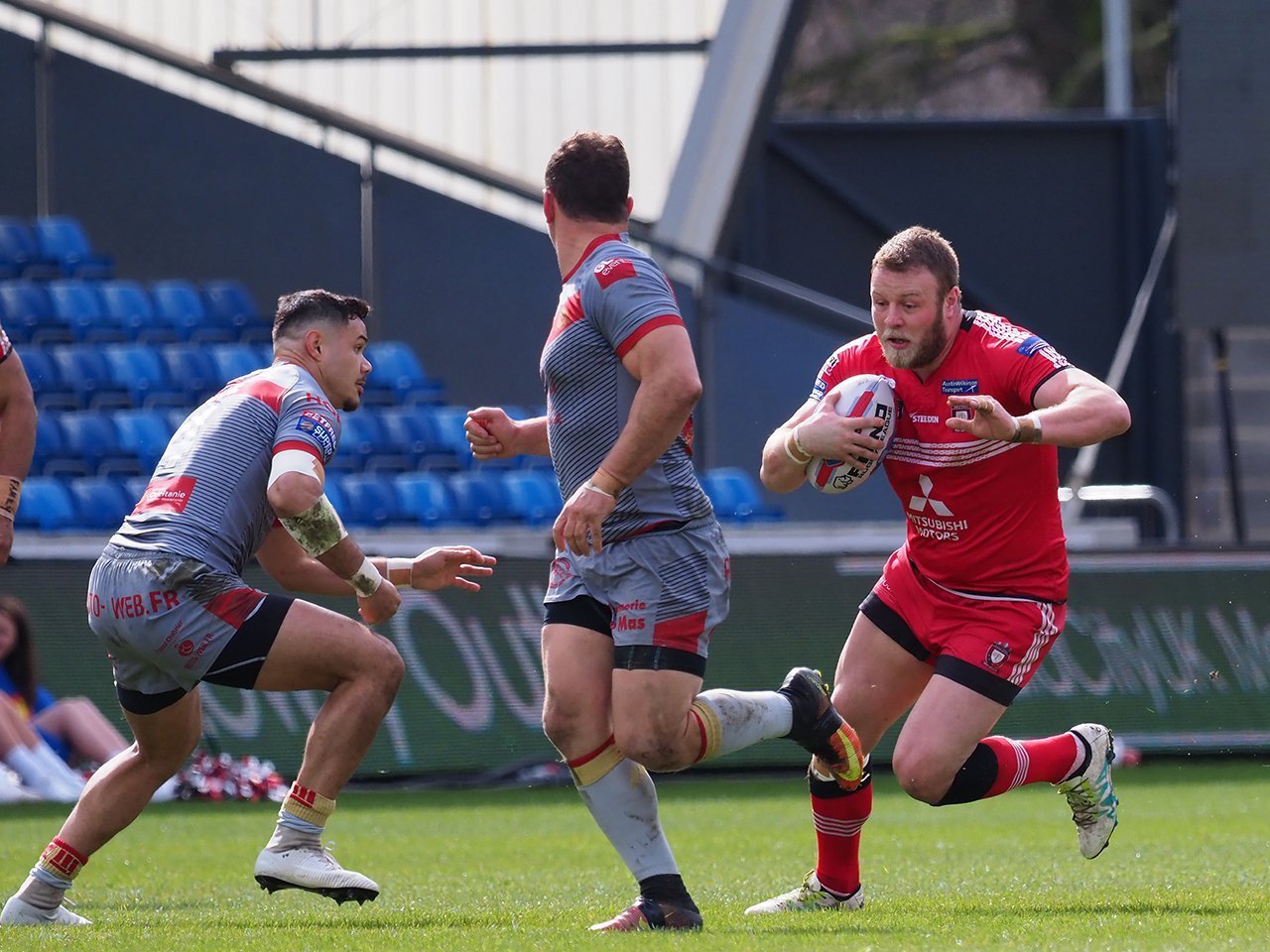 After yesterday’s dominant 32-16 victory over Catalans Dragons we take a look at all the stats behind the performance.
Josh Jones
This week’s player in focus is second-rower Josh Jones who crossed for the Red Devils fourth try of the afternoon.
Jones, who is an ever-present so far this season, was one of three Salford players to break the 100 metres made mark alongside full-back Niall Evalds and prop-forward Craig Kopczak. Jones carried the ball 17 times throughout the afternoon.
The 24-year-old’s power was too much for the Dragons defence as Jones made five tackle busts and managed to get away three passes. Eight players amounted over twenty tackles with Jones also falling into that category.
Defence
It was another big defensive effort at the AJ Bell Stadium from the Red Devils and, on his 100th game for the Club, Logan Tomkins racked up the most tackles with 33. He was closely followed by Club Captain Weller Hauraki who made 32 and was the top tackler in the last home game against Hull FC.
Kris Welham was the top tackler in the backs as he made 20 tackles while fellow centre Junior Sa’u wasn’t far behind with 18. Greg Johnson, Rob Lui, Mark Flanagan and Luke Burgess all failed to miss a tackle in yesterday’s game.
Line breaking
In our three talking points from the Catalans game we mentioned the Red Devils ability to break from anywhere on the field and the stats only back that up.
Jake Bibby and Rob Lui both made two initial breaks in the game while Niall Evalds and Kris Welham also had an initial break apiece. Ben Nakubuwai was the only forward to make an initial break in the lead up to Greg Johnson’s try.
Catalans were struggling to contain Salford Jones, Evalds, Bibby and Lui all making a handful of tackle busts, in fact Lui totalled seven in the eighty-minute performance. Hauraki and Lee Mossop led the way for the forwards with three each.