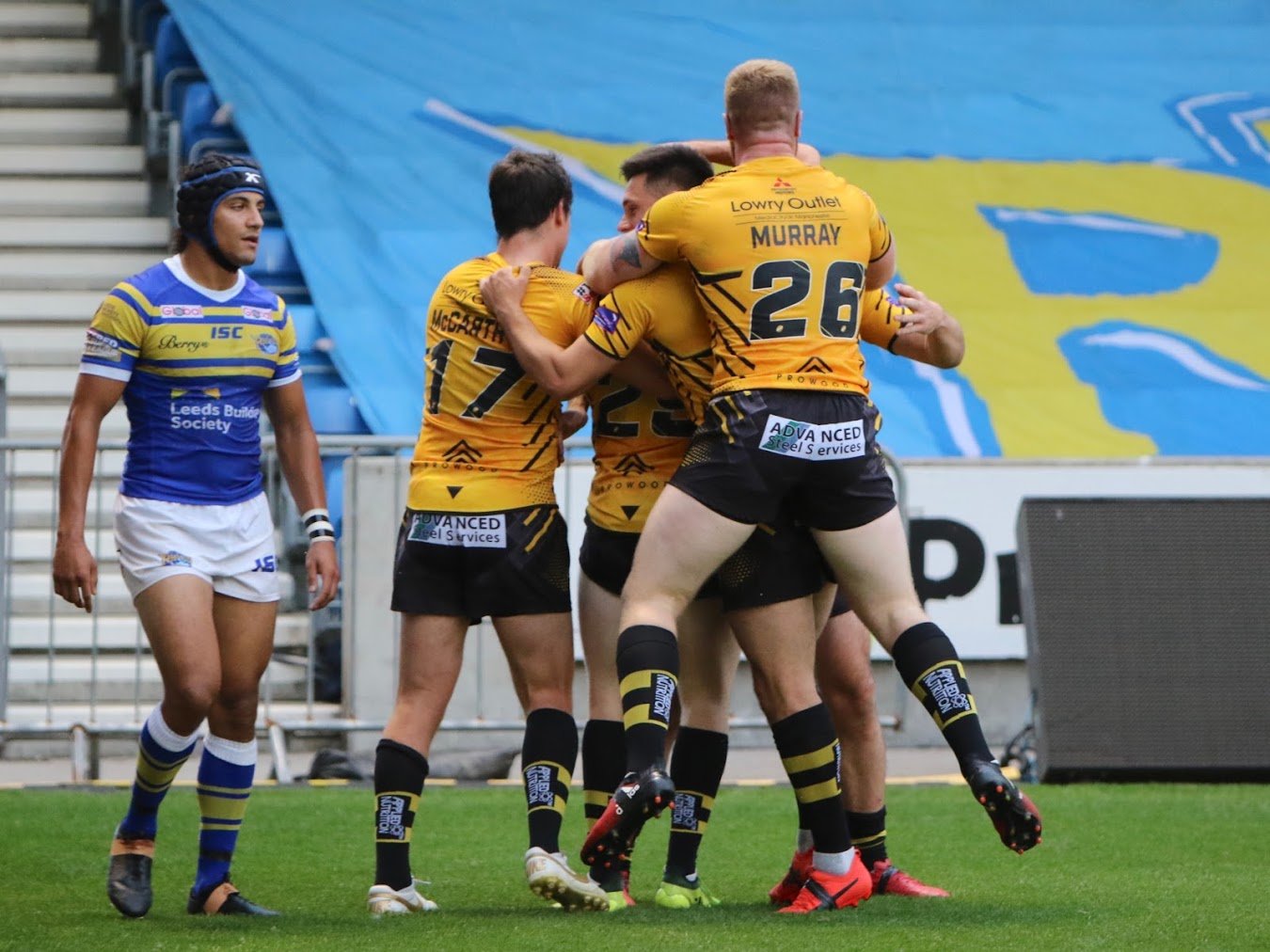 Salford Red Devils earned just their third victory over Leeds Rhinos since the inception of the Betfred Super League and we delve into the facts and figures that made it happen.
Player in Focus
The likes of Jackson Hastings, Rob Lui and Niall Evalds took the plaudits for a fantastic victory over Leeds however back-rower Tyrone McCarthy was a key performer who possibly slipped under the radar.

???????? Well last night was just what the Doctor ordered going in to the Qualifiers.

Great effort from all the @SalfordDevils lads and a nice little debut for @JackoHastings. Welcome mate, now let’s get the job done!

McCarthy was the Red Devils most prolific tackler against the Rhinos racking up a total of 38 defensive efforts. This was six more than any other Salford player with Lama Tasi coming second with 32. Nine of these tackles came from marker which indicate back-to-back efforts from the Ireland international. This, again, was the highest of any Red Devil.
The 30-year-old made 12 carries amounting to a total of 72 metres against Leeds leaving him with an average gain of six metres. This was bested in the forwards by only Josh Jones and Ryan Lannon. McCarthy was also important with ball in hand completing 12 passes and jumping in at acting halfback on a few occasions.
Offloads
Josh Jones has returned to the Salford side in recent weeks after a short stint on the sidelines and is well-known for his offloading ability which was once again on show versus Leeds. Jones completed three offloads against the Rhinos with one leading to a half-break.

69' – TRY SALFORD! Another inch-perfect kick from Rob Lui is met by Josh Jones who slides over in front of the South Stand!

However, it wasn’t just the back-rower racking up the offloads with halfback duo Rob Lui and Jackson Hastings also managed to get three offloads apiece away. Josh Wood made two offloads while Niall Evalds, Derrell Olpherts, Lee Mossop, Tyrone McCarthy and Mark Flanagan also notched an offload each.
Salford made 16 offloads overall compared to ten from Leeds.
Overall Stats
In his post-match press conference Ian Watson commented that “when we complete sets, we usually win games” and that was evident this weekend with the Red Devils completing 81% of their sets in comparison with Leeds’ 64% completion rate. Salford had a total of 37 sets four more than Leeds but completed nine more than the visitors.

Salford spent almost three minutes more with ball in hand which totalled to 19 more play-the-balls than the Rhinos. However, Leeds actually made 23 quick play-the-balls compared to the Red Devils 14 but – in the end – it didn’t count for much.
Leeds conceded three more penalties than Salford who only has five given against them and the Red Devils made just eight errors compared to the visitors 13.