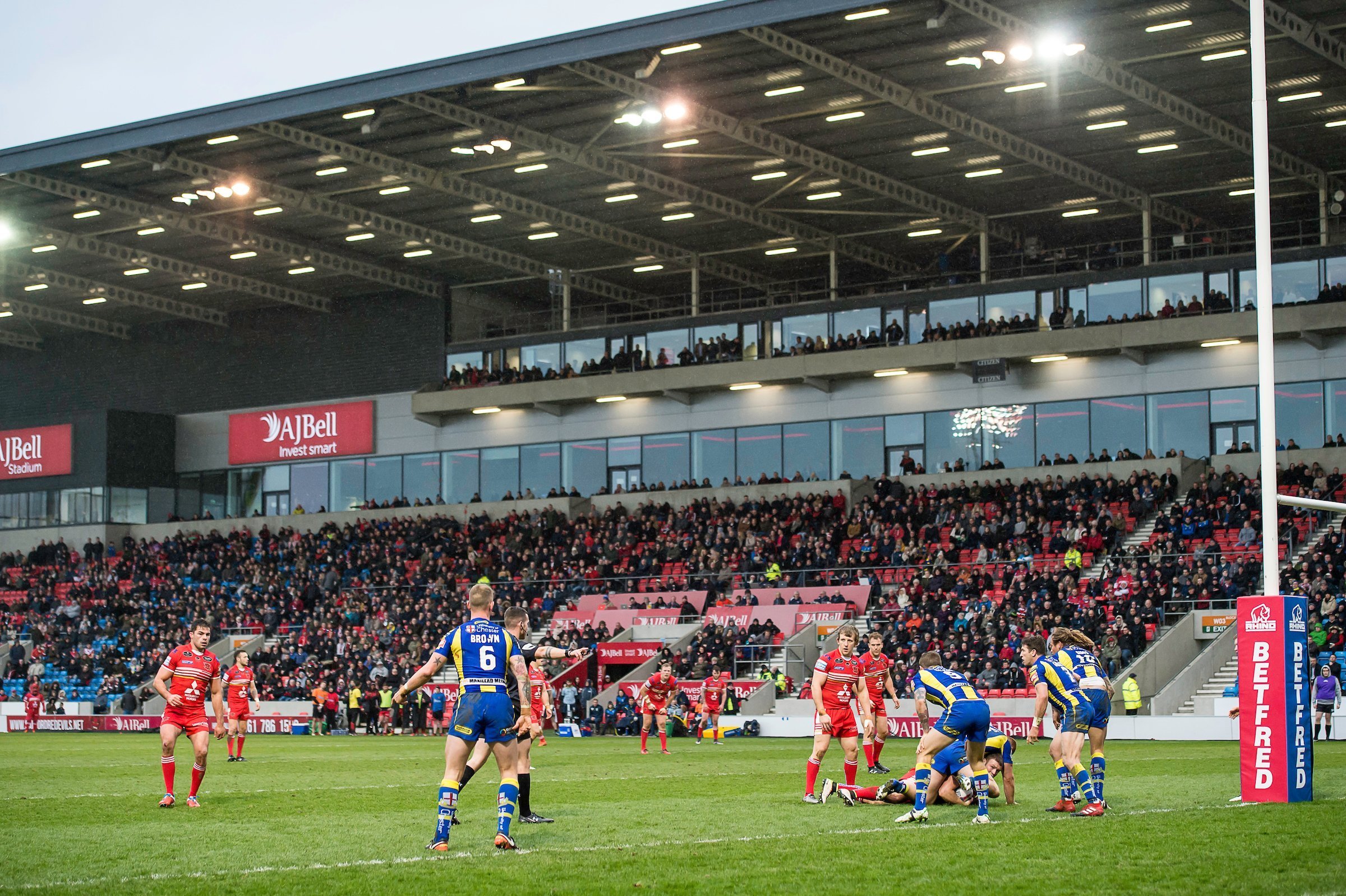 While the Red Devils may have suffered defeat against Warrington Wolves on Saturday afternoon there were still some impressive stats to delve into in this week’s ‘Stat Pack’.
Kris Welham
This week’s ‘Player in Focus’ was Kris Welham who was one of the standout performers in his 200th Betfred Super League appearance.
The centre was one of the busiest players on the park in both attack and defence yesterday. Welham racked up an impressive 25 tackles which was more than any other Red Devils back.
Welham also made 14 carries – the third highest of any Salford player – and managed to rack up 132 metres made giving him the title of the Red Devils biggest metre maker on Saturday afternoon.
Outside backs
In fact, all four of the outside backs played their part in returning the ball and getting Salford on the front foot with each amassing over 100 metres.
As mentioned, Welham led the way with 132 before being closely followed by Derrell Olpherts – who made his home Betfred Super League debut with 118. Jake Bibby and Junior Sa’u made 107 and 101, respectively.
Sa’u and Olpherts both made an impressive 15 carries in the game, Welham made 14 while winger Jake Bibby and full-back Rob Lui each took the ball up 11 times.
Mammoth defensive efforts
In the early stages of the game Warrington dominated possession which saw Salford stand tall and some of the forwards build up immense tackle numbers.
Club Captain Weller Hauraki led the way – not for the first time this season – with 43 tackles and was challenged by both Mark Flanagan and Josh Wood who both hit the 40-tackle mark.
Jack Littlejohn, Kris Welham, Craig Kopczak, Lee Mossop and Josh Jones all made over 25 tackles in a tough game at the AJ Bell Stadium. Josh Jones also had a 100% tackle rate.