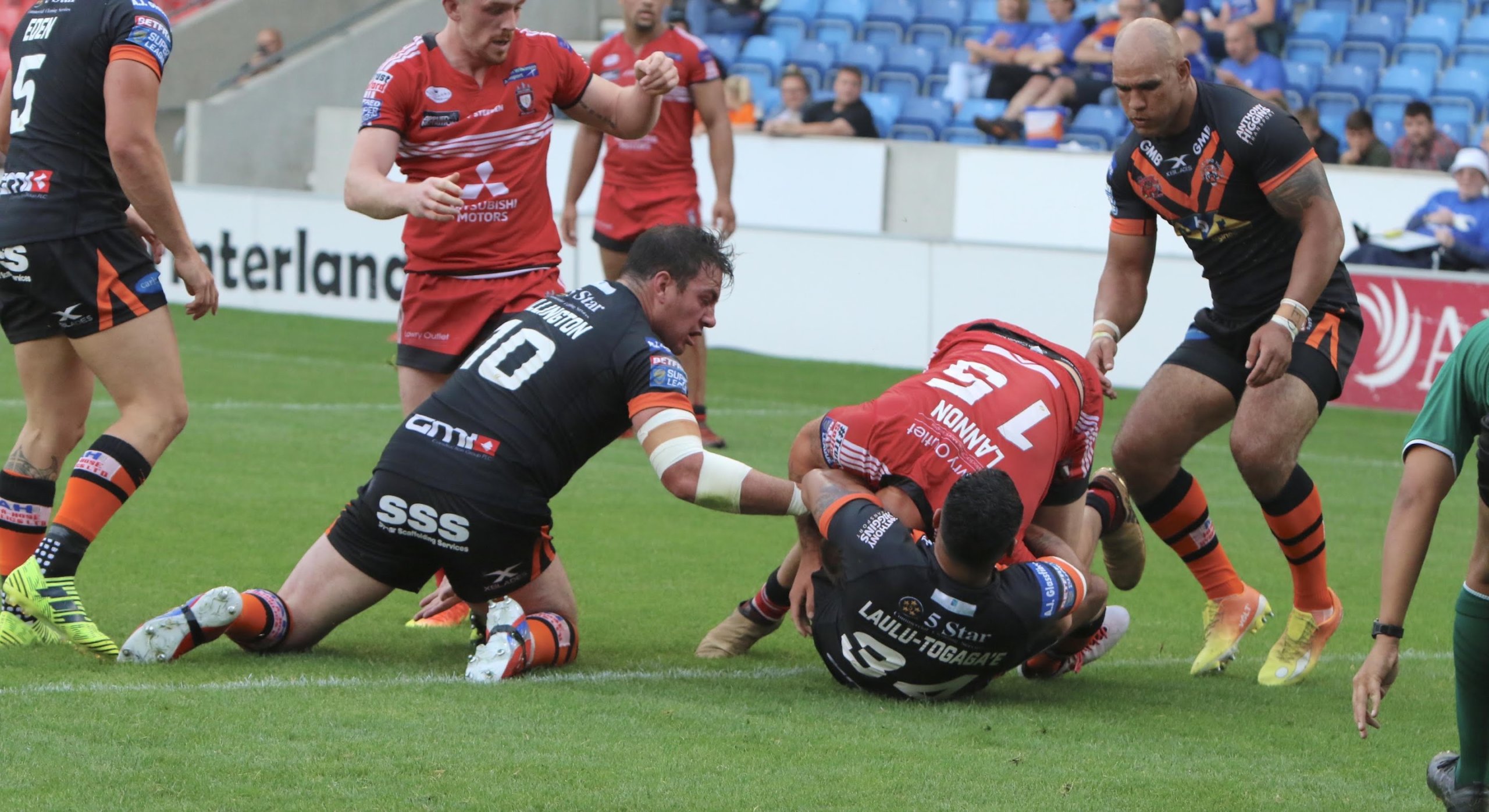 Here are all the key stats, facts and figures from the Red Devils clash with Castleford Tigers in the Betfred Super League.
Player in Focus
Ed Chamberlain – who impressed last weekend against Hull Kingston Rovers – made his home debut for the Red Devils and was a standout performer at the AJ Bell Stadium.
Chamberlain’s running game was solid making a total of 99 metres with 51 of these coming from kick returns. The fullback made ten completed passes whilst also putting in two kicks, one of which gave him a try-assist as Jake Bibby latched onto the end of it late in the first half.
The fullback didn’t have much to do defensively making seven tackles and he successfully converted Bibby’s try from the touchline.
Defensive Efforts
Daniel Murray continues to impress for the Salford Red Devils and in last night’s game he racked up an immense 50 tackles. Murray made seven more than any other Red Devil on the field and missing just one in the process.
He was closely followed by fellow youngsters Ryan Lannon and Josh Wood with the back-rower completing 43 defensive efforts while Wood successfully made 42 tackles in the game.
Lee Mossop was also putting in the work in defence making an impressive 13 marker tackles which was only equalled by Murray. Junior Sa’u was the top-tackler in the backs with 22 efforts.
Bringing the ball forward
This season Derrell Olpherts has familiarised himself with the Betfred Super League and one strength has been his yardage from his own half which was on display again against Castleford with the winger making more metres than any other Red Devil.
Olpherts racked up 131 metres and often got the Red Devils on the front foot early. It was a real tough battle down the middle with both sets of forwards competing well and Mossop was the biggest metre-eater down the centre for Salford with 94.
Josh Jones averaged the biggest gain throughout the game making around 7.9 metres per carry. He was closely followed by Wood and Olpherts.
Overall Stats
It’s never a stat you like to point out but unfortunately the game was awash with errors with both sides making 16 apiece. Castleford conceded six penalties to Salford’s three.
The Tigers narrowly edged it on set completion with 70% to Salford’s 67% with both teams having 13 incomplete sets however Castleford did have four more sets overall. There was just one offload between the sides while Salford had five more quick play-the-balls than their opponents.