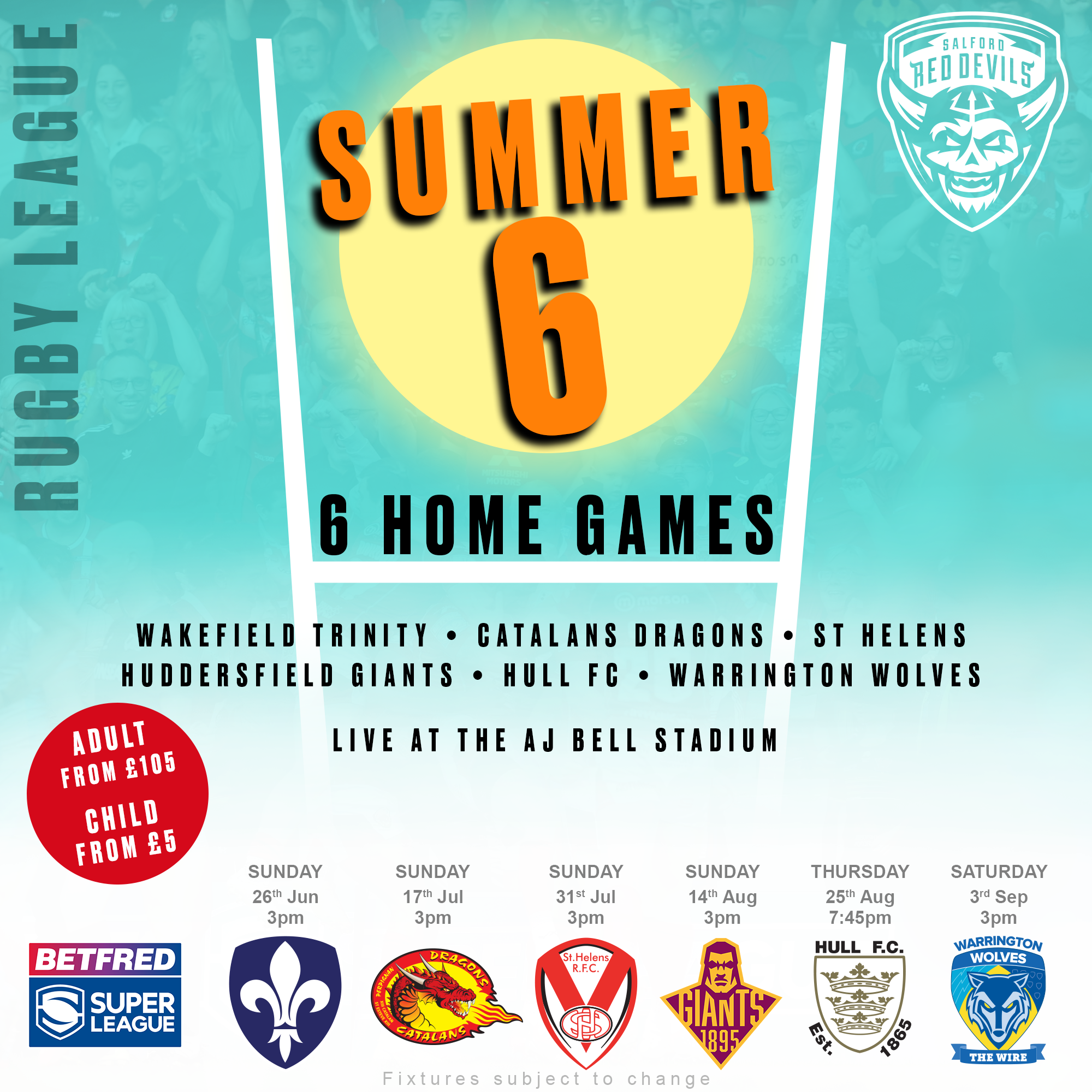 On Monday, Salford Red Devils were pleased to announce the “Summer 6” multi-game ticket, that will grant fans access to all six remaining home games for the 2022 Betfred Super League season.

This new multi-game ticket is valid for the following first team home games:

Most of the games included in “Summer 6” are held on Sundays, which is perfect for family experiences. There will be plenty going on in and around the AJ Bell Stadium on match days, to keep the whole family entertained.

Our upcoming clash with Wakefield Trinity is a must-win game for the Red Devils, as Salford have just a two-point edge over the West Yorkshire side in the league table. Before this Round 16 clash, our Learning Disabilities Super League team will be competing in a LDSL festival on the 3G Astroturf pitch next to the AJ Bell Stadium. Following on from the first team action, the second of this year’s three-match Academy Origin series between Lancashire and Yorkshire, will be taking place on the main stadium pitch. 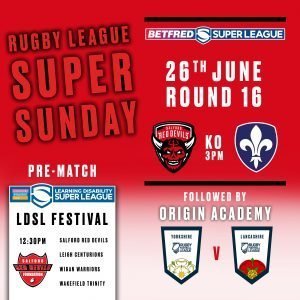 We welcome the defending Betfred Super League Champions, St. Helens, on Sunday 31st July. Last time out in the league against Saints, Salford were denied a late winner in the most dramatic of styles. Head coach Paul Rowley will be looking to even it out and pick up the two points, when St. Helens visit the AJ Bell Stadium late next month.

Four of our women’s team games are also included in the “Summer 6” multi-game ticket and will be contested on the AJ Bell Stadium training pitch on the same day that the men play:

With adults from £105, children from just £5 and so much going on at the AJ Bell Stadium on match days, you’re getting great value for money! Purchase your “Summer 6” multi-game ticket HERE.