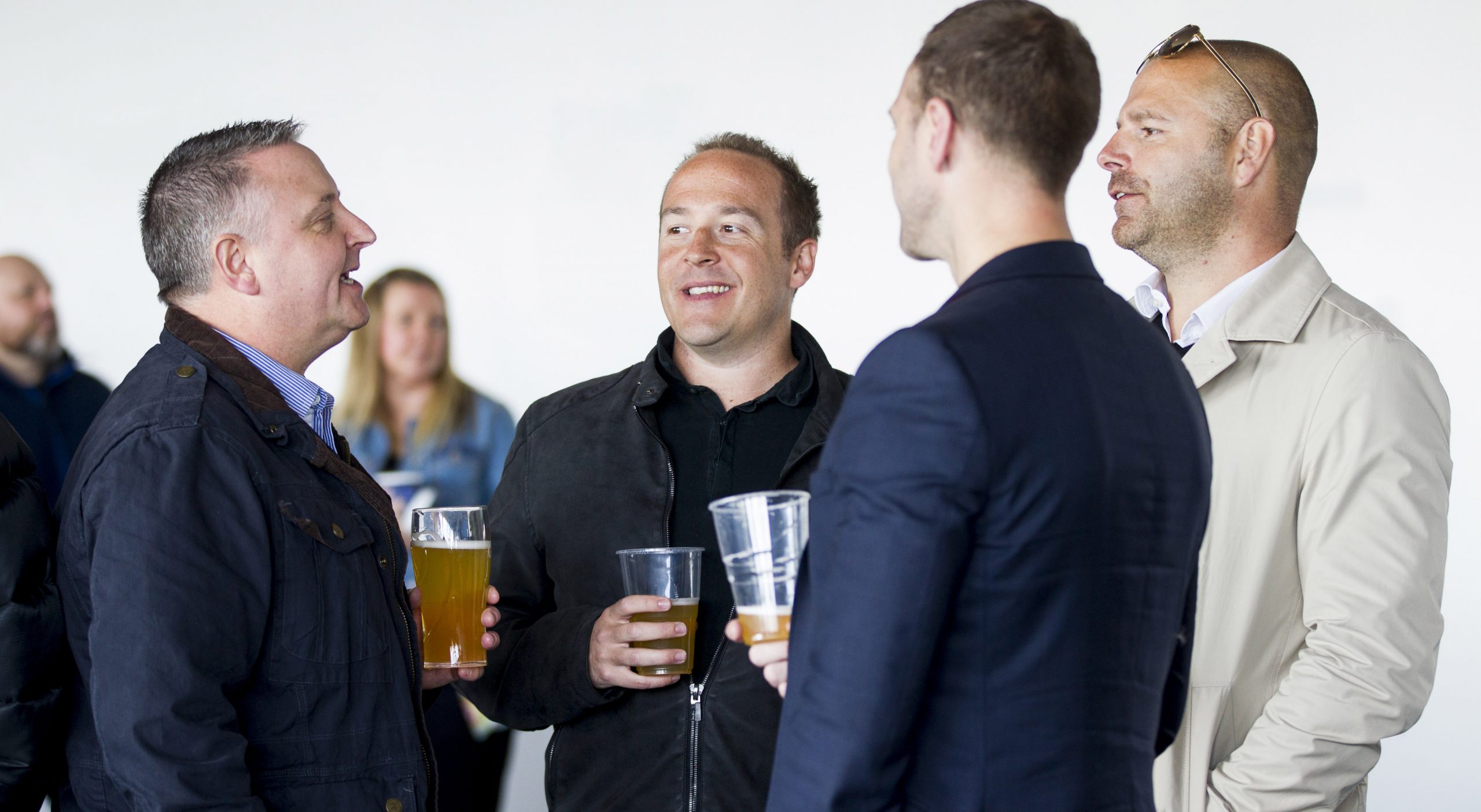 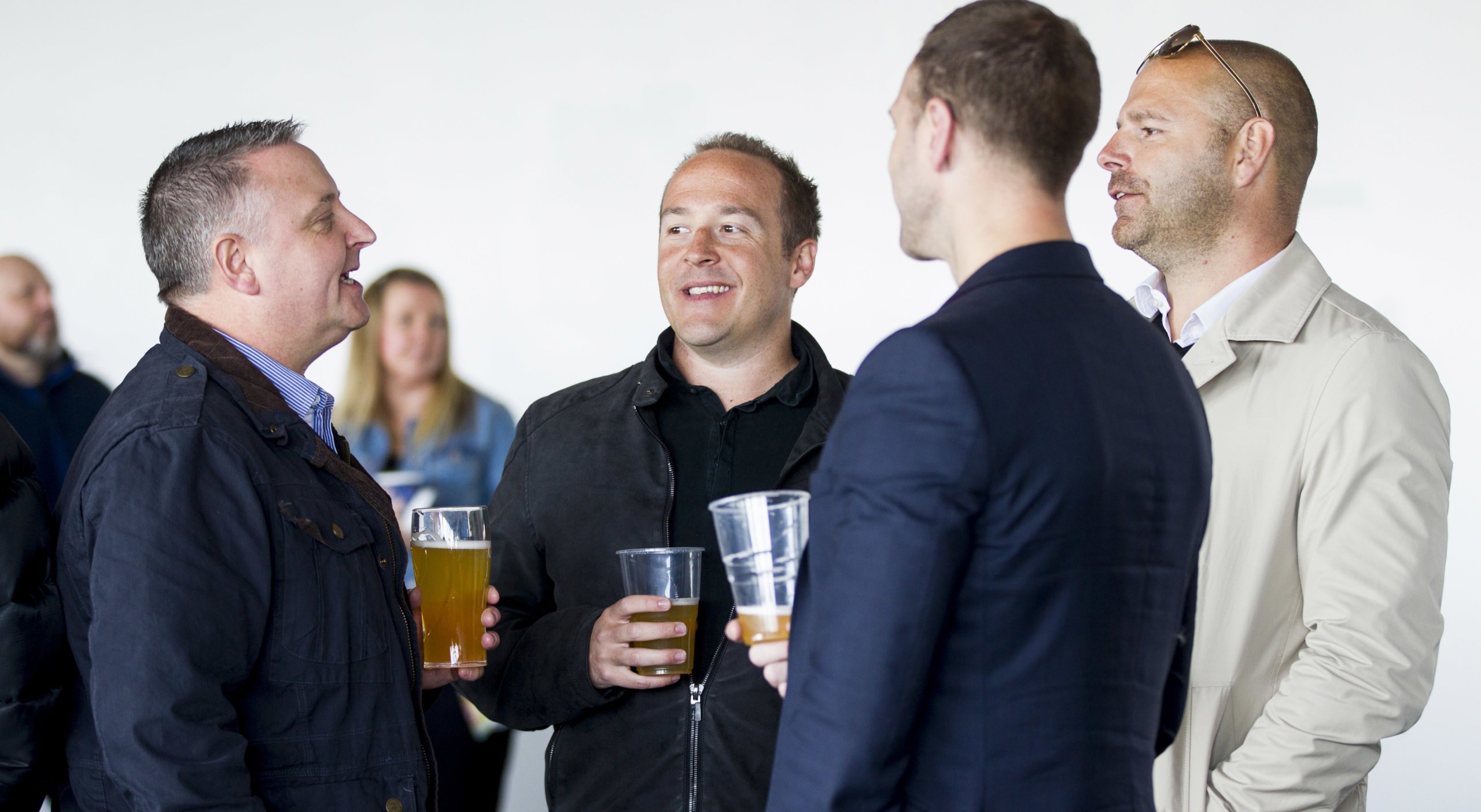 Salford Red Devils can confirm that there has been extra space made available in the 1873 Suite for Sunday’s game against London Broncos.
Fans can purchase tickets for the 1873 suite by visiting the AJ Bell Stadium Ticket Office, calling 0161 786 1570 or clicking HERE. Remember, prices do rise on gameday so to get the best price for your 1873 ticket purchase ahead of Sunday.
Alternatively, for fans who have already purchased their tickets or 2019 Season Tickets for Sunday’s game, you can upgrade your ticket for this game by simply paying the difference between your original ticket price and the price of your 1873 ticket.
Upgrades must be done at the AJ Bell Stadium Ticket Office or over the phone on 0161 786 1570. Supporters can upgrade on the day of the game at the AJ Bell Stadium Ticket Office, again by simply paying the different.
Fans cannot upgrade via TicketMaster.
Watching our first home game of the 2019 Betfred Super League season in our 1873 Suite!
Ticket prices for our 1873 Suite are as follows: 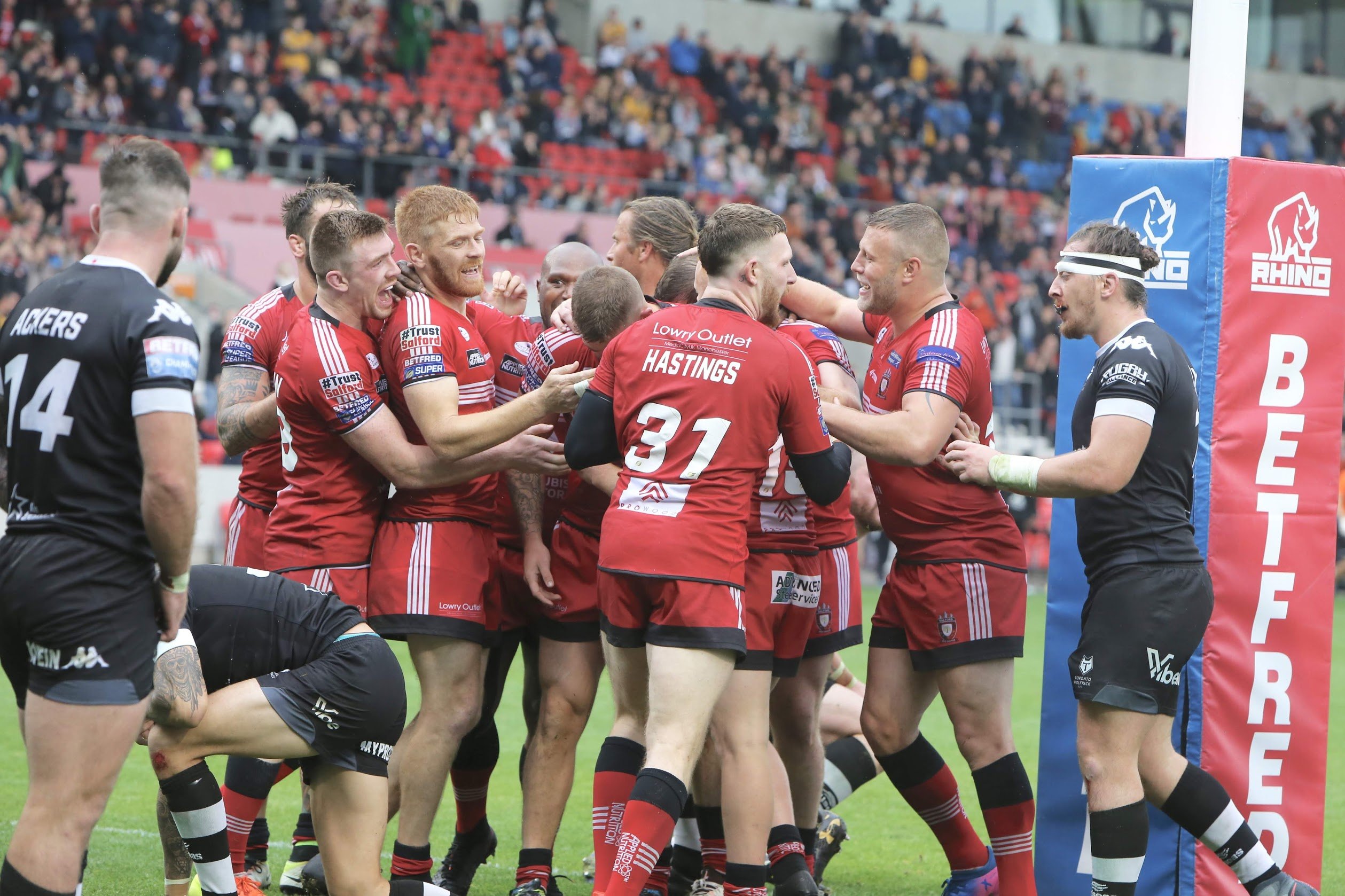 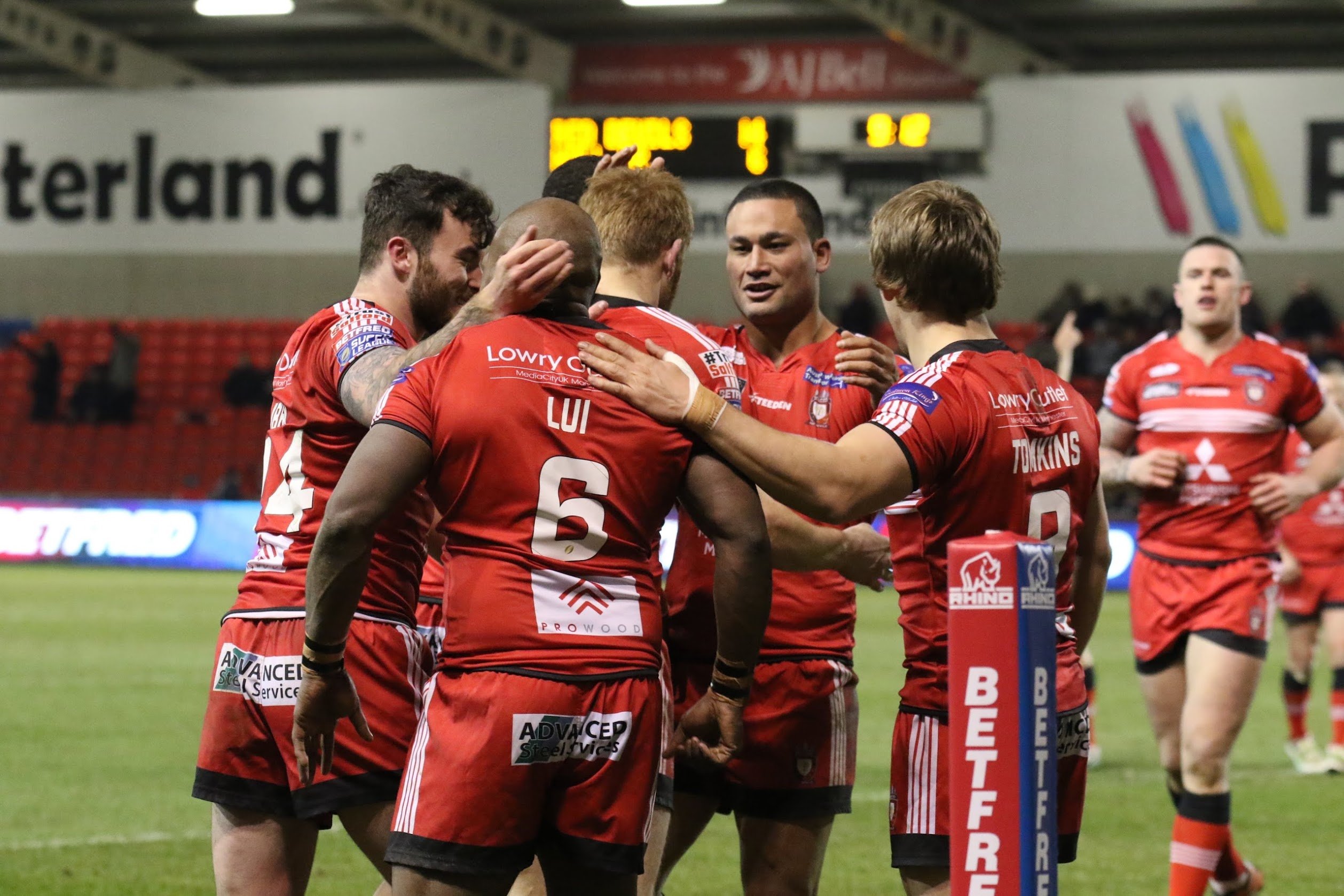 Make sure you’re in attendance as the Red Devils look to make it four consecutive home victories when they host local rivals Warrington Wolves.
Purchase your tickets for our #DerbyDay clash with Warrington Wolves on Saturday from the Club Ticket Office, over the phone on 0161 786 1570 or online here.
Doors will open from 12:30pm for fans to watch the Merseyside derby and will remain open following the culmination of the Red Devils match for supporters to watch the Manchester derby.
You can also upgrade to VIP for Saturday’s game by simply paying the difference between your regular ticket and the VIP ticket for example moving from the West Stand to 1873 Club is £10.
We will be raffling off Rob Lui’s 2017 signed shirt in Platinum Club and 1873 Club. Upgrade your ticket and be in with a chance of winning this fantastic prize.
The ticket prices are as follows:
West Stand (Adult): £25.
West Stand (Concession): £20.
West Stand (Junior): £10.
South Stand (Adult): £20.
South Stand (Concession): £15.
South Stand (Junior): £10.
VIP (Adult): £35.
VIP (Concession): £25.
VIP (Junior): £15.
Family Ticket (West): £50.
Family Ticket (South): £40. 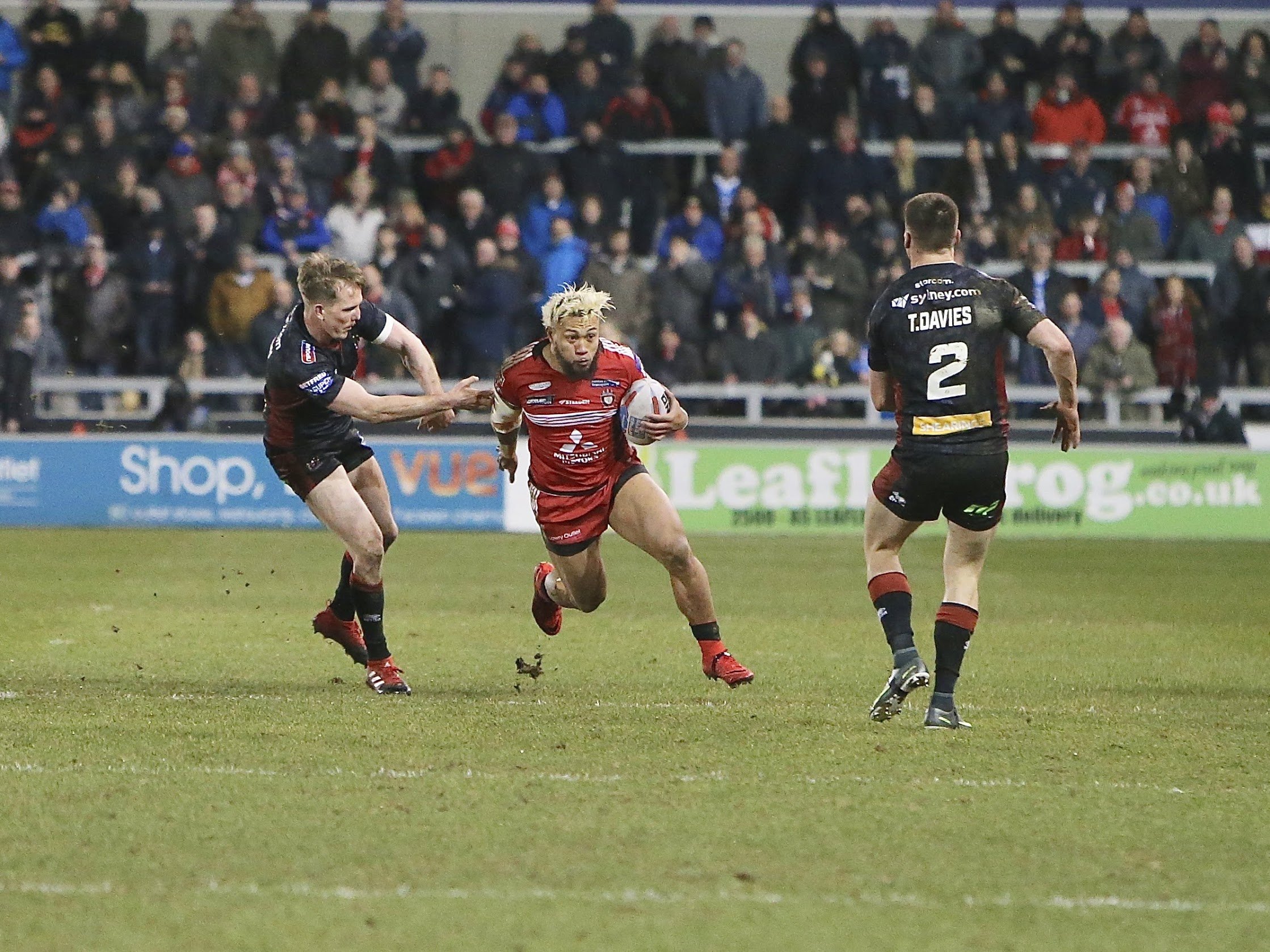 Supporters in our Platinum Club and 1873 Club for Friday’s game against Hull Kingston Rovers will have the opportunity to win Junior Sa’u’s 2017 Ladbrokes Challenge Cup shirt.
The Club will be selling raffle tickets upstairs to win the centres shirt from our memorable cup run last season which saw the Club reach the semi-final of the competition for the first time in twenty years.
The shirt was generously donated to the Club by Junior Sa’u’s 2017 player sponsor Bullen Conservation.
Anyone attending Friday’s Betfred Super League against Hull Kingston Rovers in either our Platinum Club or 1873 Club will be able to purchase tickets with the draw taking place around thirty minutes after the final whistle.
Remember, tickets for to be in the 1873 Club for Friday’s game only cost:
Adults: £35
Concessions: £25
Junior: £15
And, Season Ticket holders don’t worry you can upgrade your regular South Stand or West Stand ticket up to the 1873 Club for the game by simply paying the difference between your ticket and the 1873 Club price.
Upgrade now and have the chance of winning Junior Sa’u’s Ladbrokes 2017 Challenge Cup shirt.
Match tickets available at the Club Ticket Office, over the phone on 0161 786 1570 or online here.