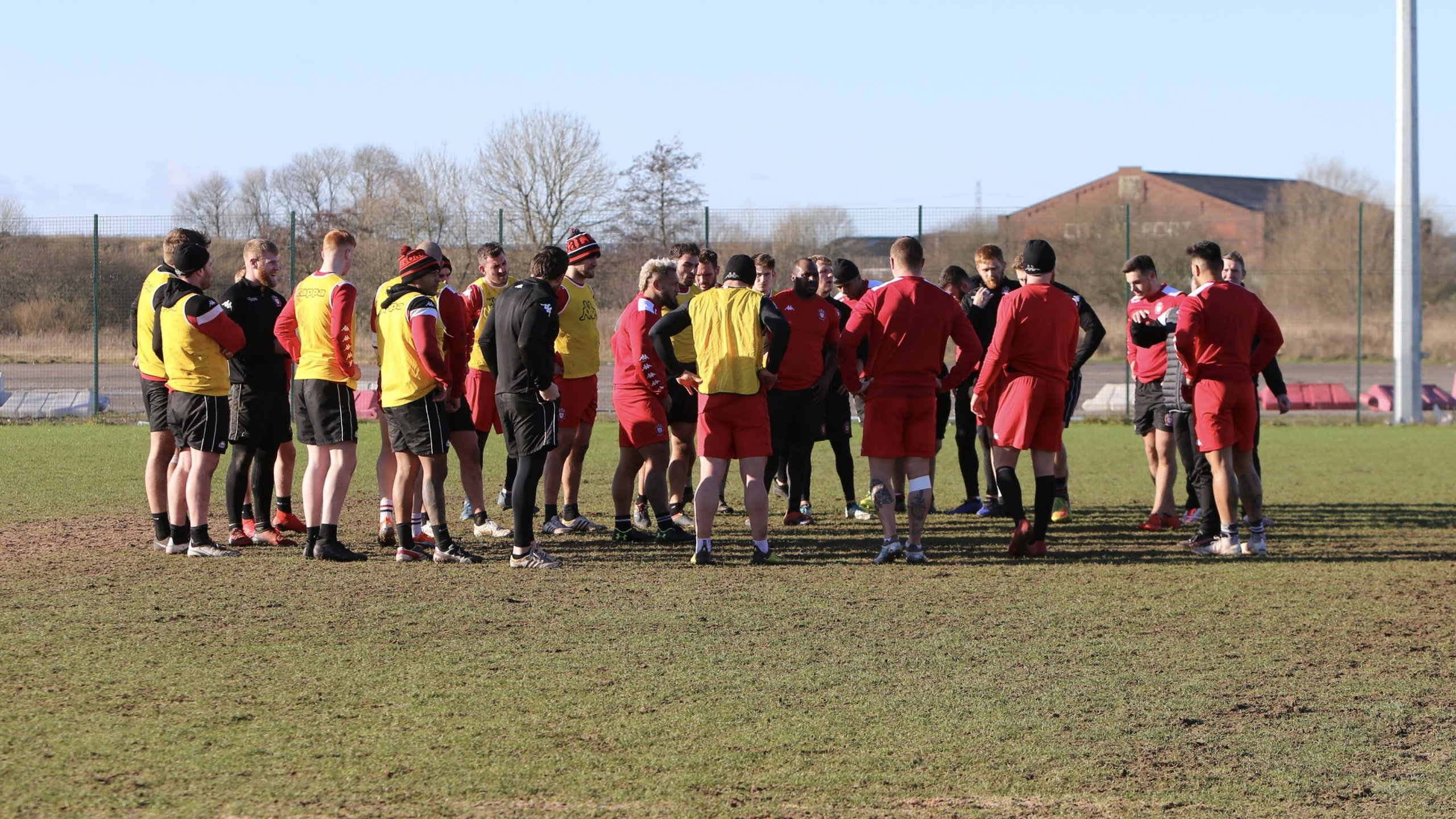 Head Coach Ian Watson has named an unchanged 19-man squad for the visit of London Broncos at the AJ Bell Stadium on Sunday, 3pm kick-off.
Salford Red Devils got their 2019 season off to a winning start with a 14-34 victory over Huddersfield Giants last Friday.
Both Ken Sio and Gil Dudson debuted for the Red Devils and both men will be in line to make their competitive home debuts for Salford this weekend. In fact, if he is selected, Dudson will make his 200th career appearance.
Full-back Niall Evalds grabbed a hat-trick last week at the John Smith’s Stadium which saw him surpass 300 points for the Club and he will be looking to continue his scoring form on Sunday afternoon.
Logan Tomkins made his timely return to the Salford side at Huddersfield and is in line to feature again. Tyrone McCarthy and Jake Bibby will be looking to make their first appearances of the 2019 Betfred Super League season.
The full squad is as follows: 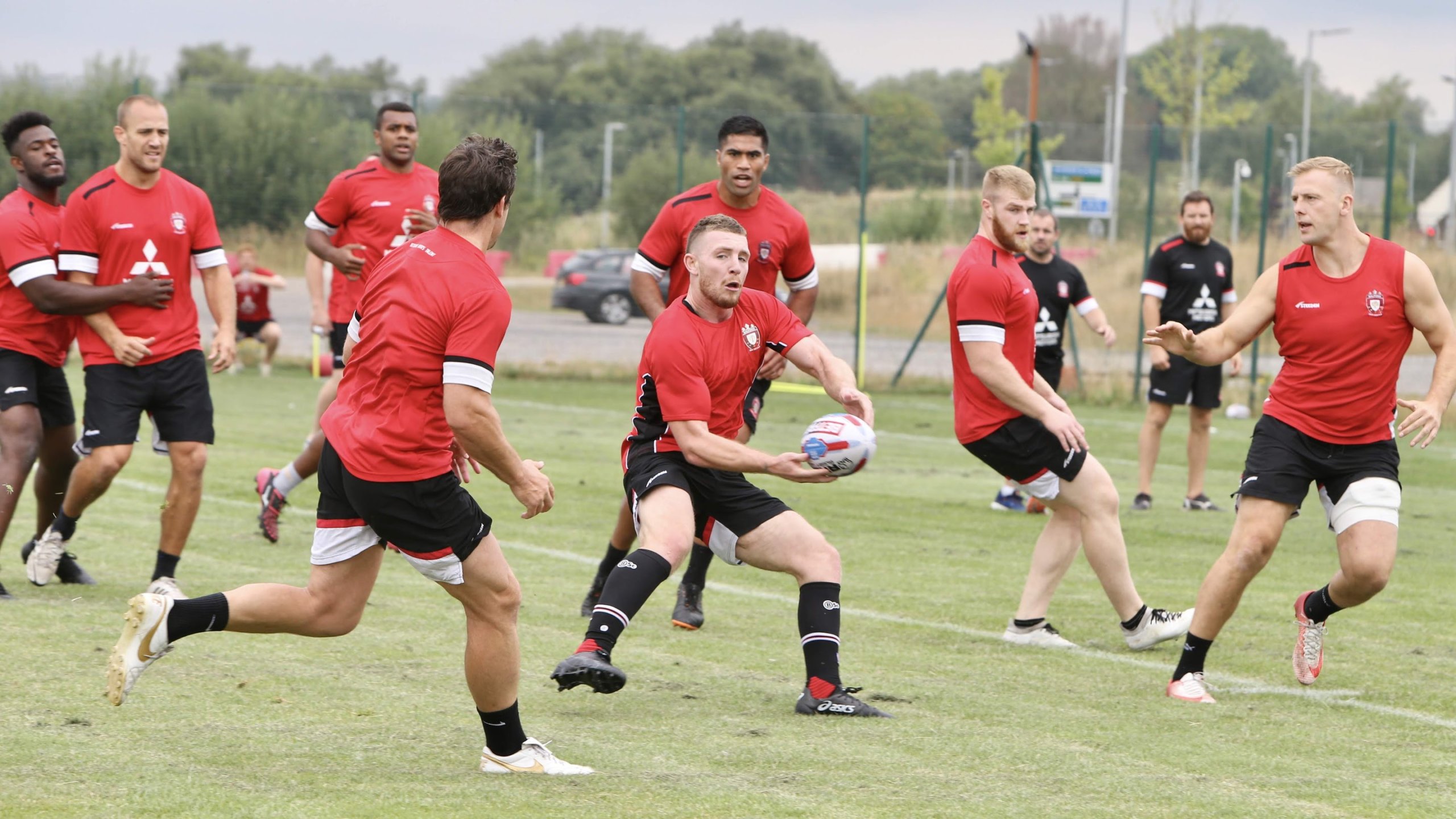 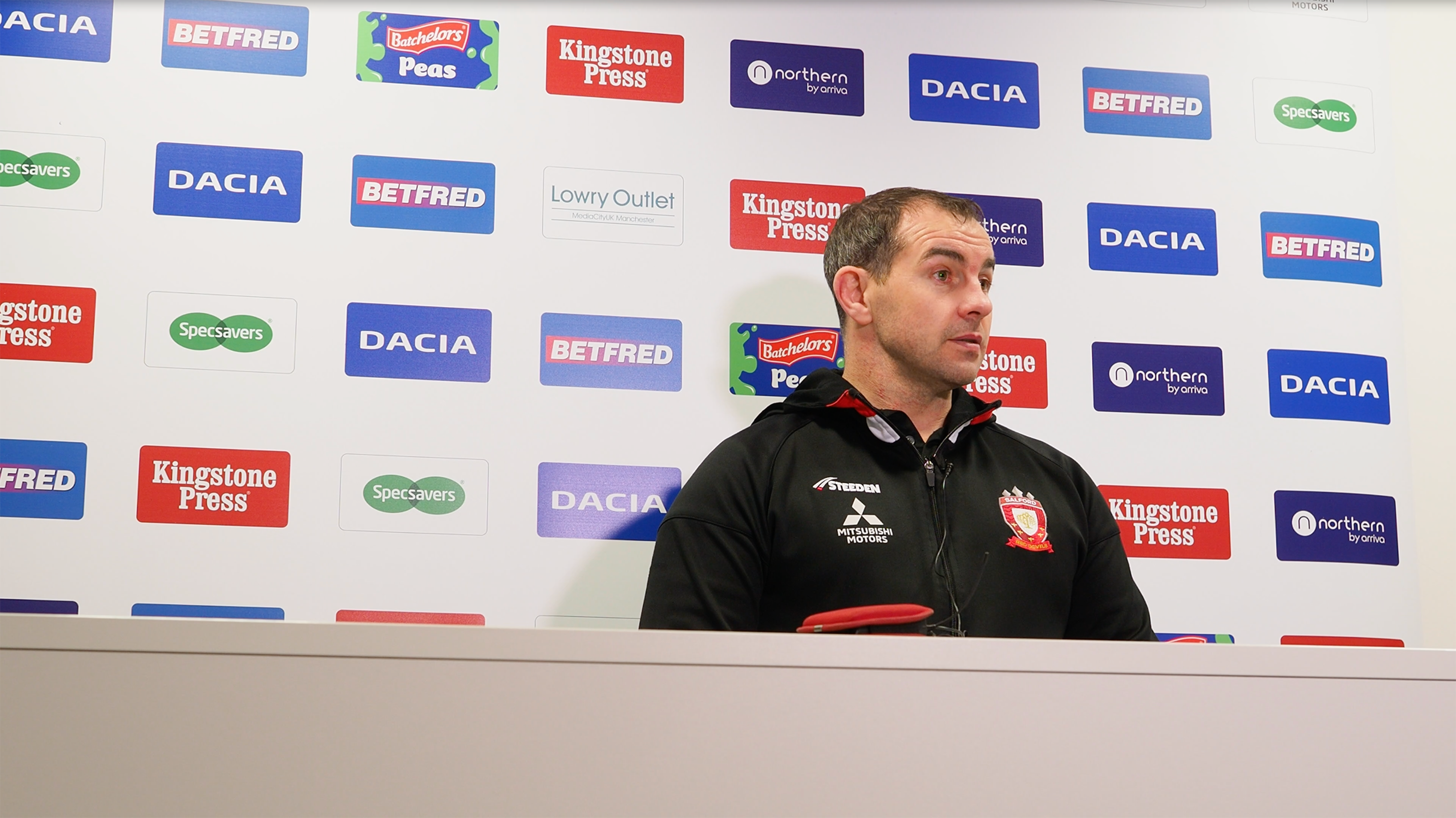 Head Coach Ian Watson has named his 19-man squad to face Warrington Wolves on #DerbyDay this Saturday afternoon.
Jake Shorrocks is named in the squad for the first time since arriving on an initial one-month loan from Wigan Warriors last week.
Lee Mossop, Mark Flanagan and Craig Kopczak all didn’t feature on Easter Monday at Leeds but could return this weekend against the Wolves.
Ryan Lannon and Derrell Olpherts both featured over Easter and could be in line to retain their places for this crucial Betfred Super League tie.
Niall Evalds misses out on the squad after failing his concussion assessment in the defeat to the Rhinos on Monday afternoon.
The full squad can be seen below: 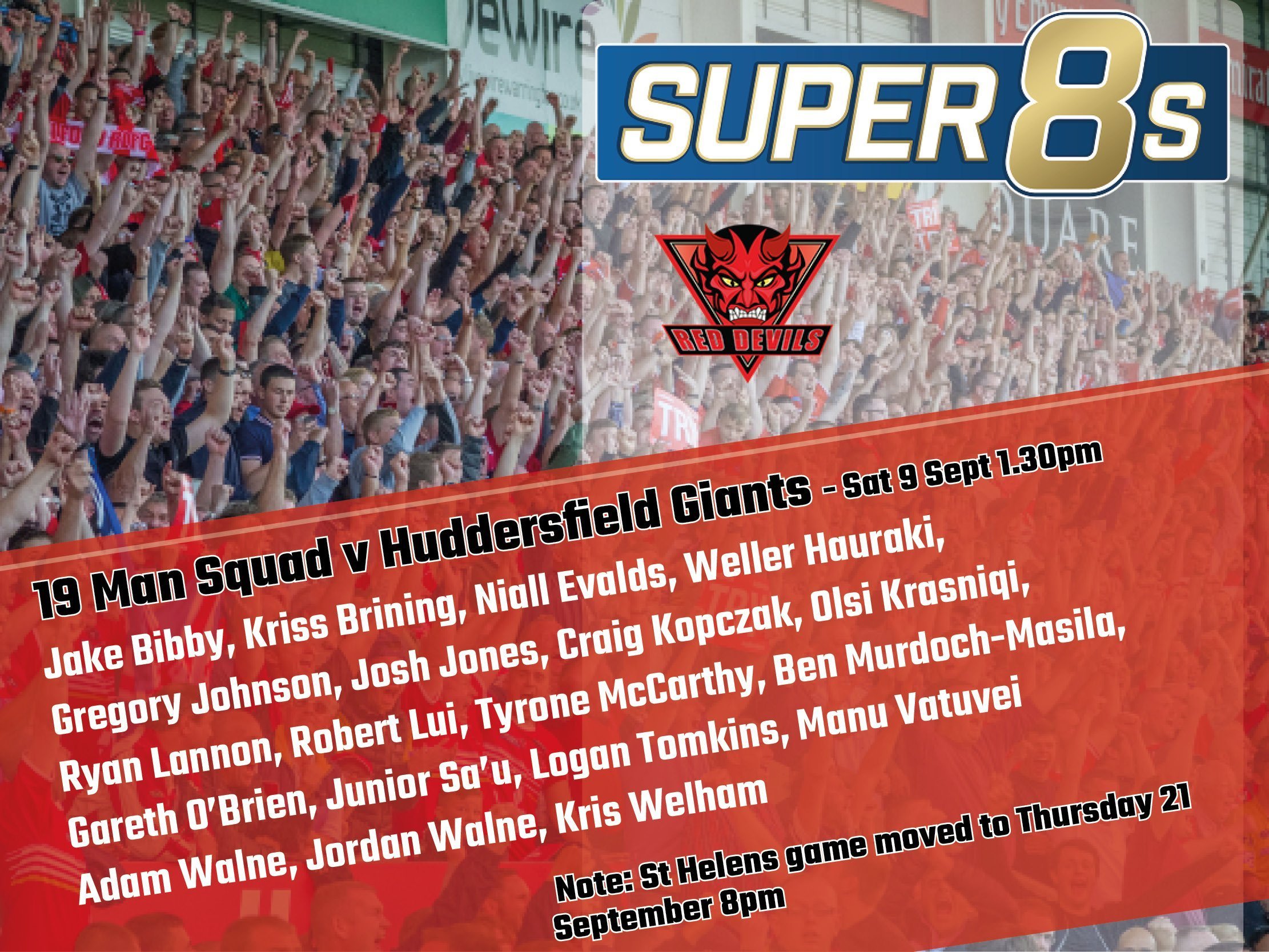 Ian Watson has confirmed his 19-man squad ahead of Saturday’s Super 8s clash with Huddersfield Giants at the AJ Bell Stadium.
There’s two changes to last weekend’s squad as Niall Evalds returns to the side in place of Todd Carney.
Ben Murdoch-Masila, who did end up playing last weekend, returns to the 19-man squad while prop-forward George Griffin is left out.
Olsi Krasniqi, who confirmed he will leave the Red Devils at the end of the season earlier in the week, is also named. Craig Kopczak is set to face his old club on Saturday afternoon.

Ian Watson has named his 19-man squad ahead of Friday night’s crucial Super 8s clash with Wakefield Trinity.
Kris Welham returns to the side after missing the Red Devils last two Super 8s outings. Fellow centre Junior Sa’u remains in the squad and will be looking for his first start since the Challenge Cup semi-final.
Full-back Niall Evalds is left out of the squad while forward Ben Murdoch-Masila and half-back Michael Dobson are both also absent.
Lee Mossop, Mark Flanagan, Lama Tasi and Connor Williams are all out for the remainder of the 2017 season.
Tickets are still available for Friday’s game against Wakefield with fans able to purchase over the phone, at the club ticket office or online via the club website. Supporters are reminded that season tickets are valid for all Super 8s home games. 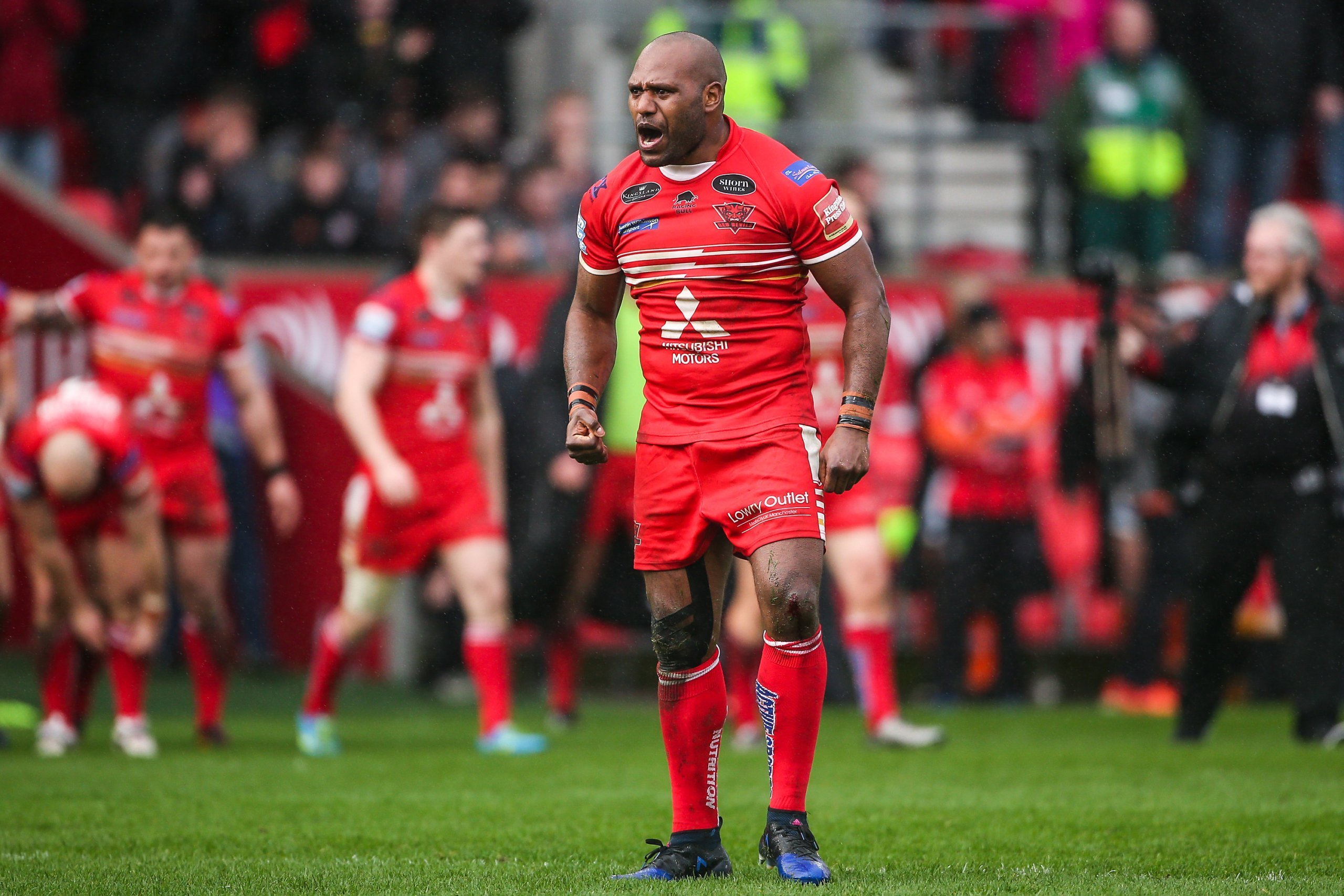 Ian Watson has confirmed his 19-man squad for the Red Devils opening Super 8s game against Hull FC at the KCOM Stadium on Friday night, 8pm kick-off.
Red Devils forward Lama Tasi misses out after receiving a one-game suspension for a Grade B striking with the shoulder in the Ladbrokes Challenge Cup semi-final loss against Wigan.
However, half-back Robert Lui and centre Jake Bibby could return after missing the semi-final and take the places of Michael Dobson and Junior Sa’u who picked up knocks last weekend.
Kris Brining, Lee Mossop and Mark Flanagan will all also miss the trip to the KCOM Stadium as they continue to recover from injuries.
Tyrone McCarthy and Manu Vatuvei will both be looking to make their Super League debuts.
The full squad is as follows:

Red Devils fans can still buy tickets for the trip to Hull in addition to Salford’s first home game of the Super 8s against league leaders Castleford. Supporters can get tickets via the club’s ticket office, over the phone or online via the club website.

The Salford Red Devils team set off to Perpignan this morning and Head Coach Ian Watson has named his 19 Man Squad to face Catalans Dragons this Saturday 23rd April, KO 5pm.
After returning from injury in the Round 5 Challenge Cup game win against Hunslet Hawks, Weller Hauraki is set to make his first Super League appearance of 2016.
Rested players, Justin Carney, Mark Flanagan, Logan Tomkins, Craig Kopczak, George Griffin and Ben Murdoch-Masila all return to the squad to face the Dragons.
19 Man Squad in full –

If you’re not heading to the South of France this weekend you can catch all the action on Sky Sports 2 on Saturday at 5pm.

Tickets for both the Catalans Dragons home game and Huddersfield Away on Easter Monday are available from the ticket office by calling 0161 786 1570 or popping down the stadium.

Ticket Office is open until 10pm Wednesday and Thursday and 4.30pm on Saturday.