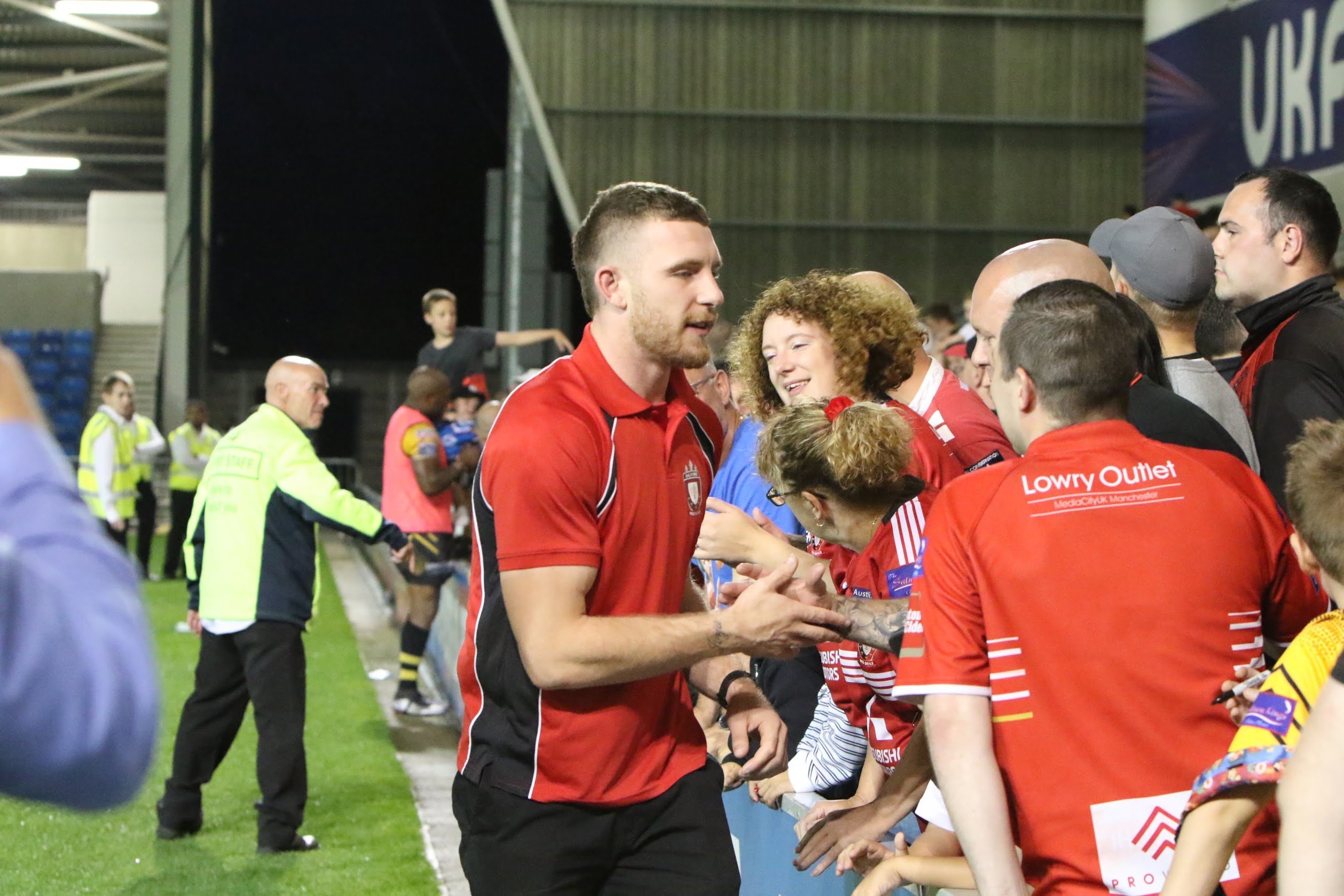 Yesterday evening Salford Red Devils halfback Jackson Hastings appeared on BBC Radio Manchester’s ‘Sport at Six’ and emphasised how good the atmosphere at the AJ Bell Stadium was on his debut against Leeds Rhinos.
Speaking on BBC Radio Manchester, Hastings, sponsored by Advanced Steel, said: “I’ve never experienced anything like that.
“I’ve played in front of bigger crowds but the noise from our fans and the Leeds fans combined was pretty special for a first game.
“I felt really welcome from not only the players and coaching staff but the fans as well who gave me an unbelievable reception.
“We’ve got a couple of hard games coming up against teams with very vocal fans which will be very exciting as well.”
You can listen to Jackson Hastings’ full appearance on BBC Radio Manchester’s ‘Sport at Six’ by clicking here.