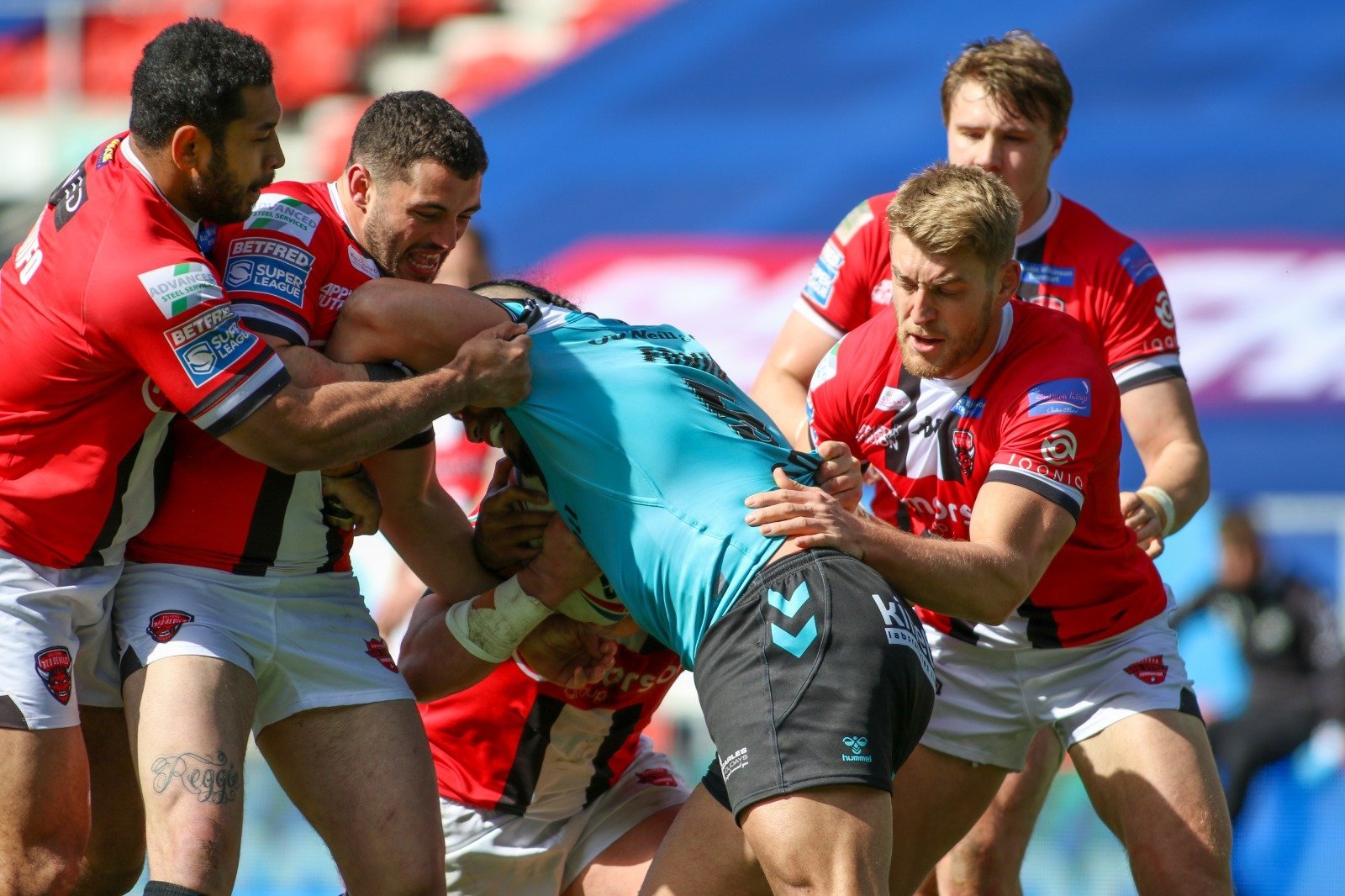 Salford Red Devils fell to a Round 2 defeat against Hull FC in the Betfred Super League this afternoon.

After an opening exchange that saw both sides have promising spells, the Black and Whites opened the scoring after 20 minutes, Andre Savelio sliding over down the right.

A penalty goal converted by Marc Sneyd and another try down the right from Hull, this time through Josh Reynolds, gave Hull a 14-0 lead at the interval.

Five minutes into the second forty, Reynolds doubled his try tally for the afternoon but this time grounded the ball behind the sticks to gift Sneyd a simple conversion.

Josh Griffin extended Hull’s lead five minutes later, getting onto the end of a kick from Adam Swift and grounding the ball.

Salford responded with a try of our own in the 58th minute through Ken Sio, who strolled over after some neat passing down the right flank that was capped with some quick hands from Kallum Watkins to set Sio up.

Jake Connor converted a penalty goal five minutes later for the Black and Whites and also scored a drop-goal shortly afterwards before Cameron Scott went over with four minutes to go for Hull’s fifth and final try of the afternoon.

Salford now look ahead to Widnes Vikings next Saturday in the Betfred Challenge Cup Third Round, with Our League early bird passes available for only £4.95 HERE.