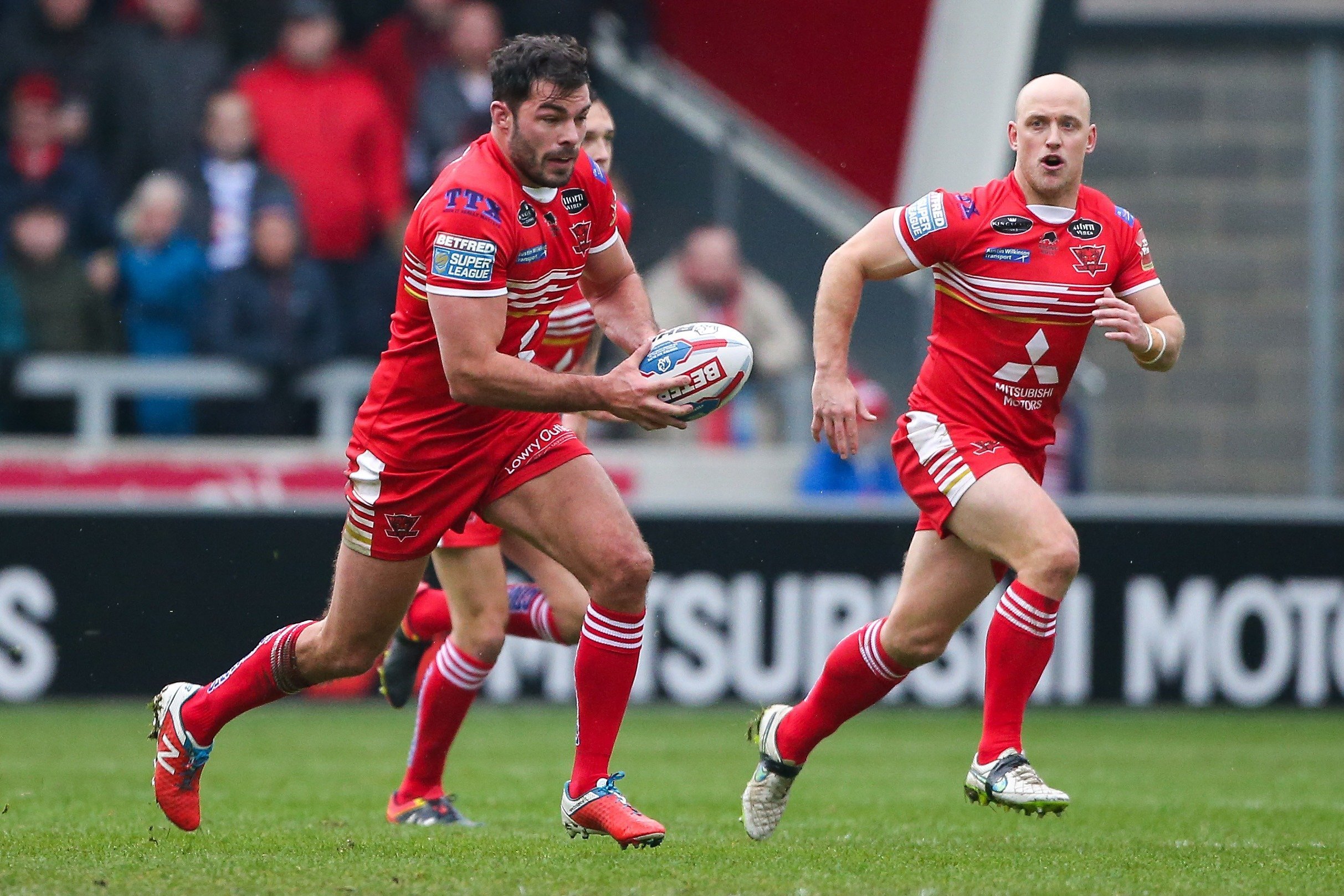 Red Devils forward Mark Flanagan will miss the remainder of the season due to a shoulder injury.
Ian Watson and the Salford medical staff were hopeful that Flanagan may return at some point in the Super 8s however they have now confirmed this won’t be possible.
Flanagan, sponsored by Arighi Bianchi, said: “Of course, it’s massively disappointing to miss the rest of the season.
“We’re at the most important part of the season as we try and push for a position in the Super League semi-finals and it’s gutting not to be a part of that.
“I’d been hopeful I might be able to come back towards the back end of the Super 8s but realistically I need to rest and recover.
“I have no doubts that the boys will step up in the coming weeks and put the performances in to give us a chance at making it to Old Trafford in October.
“As for me, I’m going to recover from this injury and as soon as I’m fully fit I’ll be working hard to come back fitter and stronger ahead of the 2018 season.”
While Flanagan won’t be a part of the remainder of the season you can by purchasing tickets for the Red Devils first home game against Castleford Tigers on Friday 11th August through the club’s ticket office, over the phone or online via the club website. 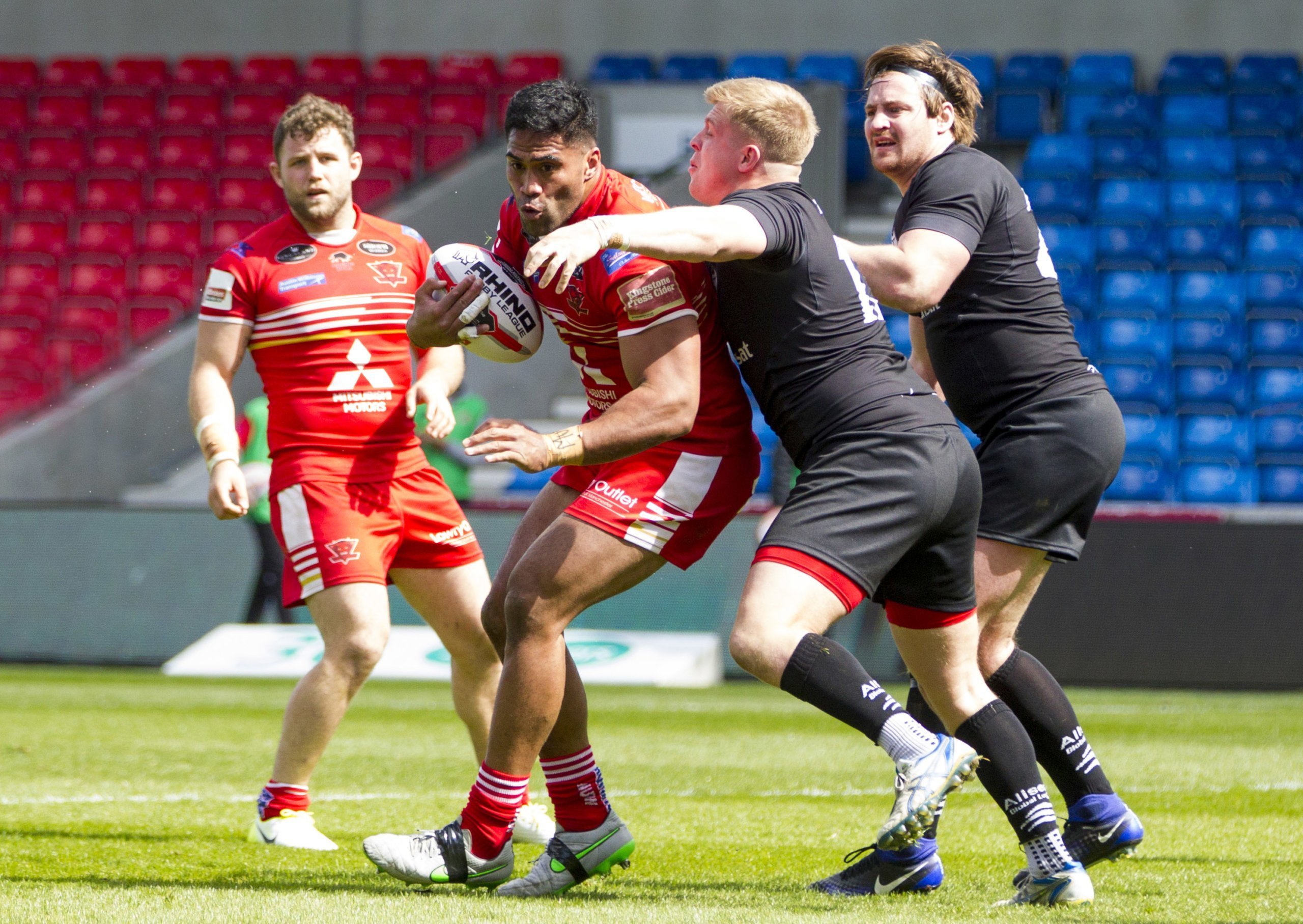 Salford Red Devils forward Lama Tasi will serve a one-game suspension after pleading guilty of a Grade B Strike with Shoulder.
The former Samoan international was put on report in the first half of the Red Devils Ladbrokes Challenge Cup semi-final against Wigan Warriors on Sunday.
Tasi will now miss this Friday’s game against Hull FC at the KCOM Stadium – Salford’s first Super 8s fixture.
The 27-year-old re-signed for the Red Devils at the start of the 2017 season after spending a year with fellow Super League side St Helens. Tasi made over 50 appearances throughout his first spell with Salford between 2014 and 2015.
While Tasi won’t feature in the Red Devils next game you still can by purchasing tickets for Friday’s trip to Hull FC as well as next week’s visit of Castleford via the club’s ticket office, over the phone or online via the club website.

Tickets are now on sale for Salford’s first Super 8s home game as the Red Devils welcome the visit of current table toppers Castleford Tigers on Friday 11th August, 8pm kick-off.
The Red Devils will return to the AJ Bell Stadium for the first time in over a month after playing four successive games on the road.
Supporters are reminded that season tickets are valid for all Red Devils Super 8s home games.
Fans can purchase tickets from the stadiums ticket office, over the phone or online via the club website.
Ticket prices are as follows:
Adult (West Stand): £25
Adult (South Stand – Standing): £20
Adult (West Stand Value): £18
Children (Under 17): £10
Student/Senior (West Stand): £20
Student/Senior (South Stand – Standing): £15
Student/Senior (West Stand Value): £13
For any information regarding any wheelchair bays or disabled facilities that are required call the stadium directly on 0161 786 1574 or email ticketoffice@ajbellstadium.co.uk