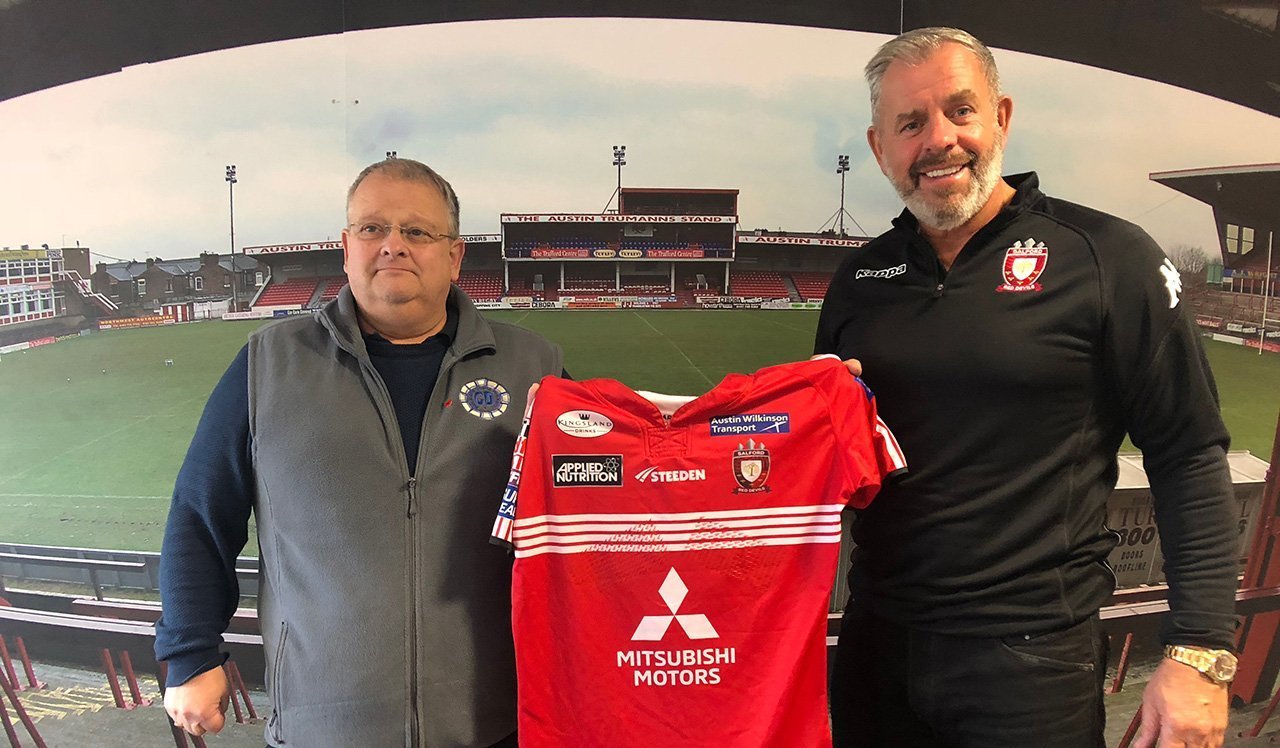 Salford Red Devils are pleased to confirm that CD Brick & Stone will sponsor winger Greg Johnson throughout the 2019 season.
Tony Pugh and his father, who are partners within CD Brick & Stone, are massive Salford Red Devils fans and wanted to help the Club by sponsoring in the 2019 season.
Tony Pugh, of CD Brick & Stone, said: “We’ve been involved with the Club previously in the 1990’s and we’re really pleased to be back involved ahead of a massive season.
“We’ve got a yard in Leigh from which we sell a range of cast stone products mainly to building merchants but also to the general public.
“Ian Blease got in touch with me and mentioned the possibility of sponsoring Greg Johnson for the 2019 season and we were pleased to come to an agreement.
“Greg’s a fantastic winger and I’m hoping he scores plenty of tries next season. It’s great to be back in partnership with Salford Red Devils.”
Director of Rugby and Operations, Ian Blease, said: “We’re really happy that CD Brick & Stone have come on board this year to sponsor Greg Johnson.
“CD Brick & Stone are a new sponsor for the 2019 season which is fantastic. It’s always great to bring in new partners as this will only help develop the Club and spread the word about Salford Red Devils.
“The Club is working extremely hard in the commercial department to bring in more businesses such as CD Brick & Stone to partner the Club and help us build success together.
“We hope Tony and the people at CD Brick and Stone enjoy the 2019 season and see their player – Greg Johnson – put in some great performances.”
CD Brick & Stone are suppliers of bricks, brick specialists and also the largest stockists of quality cast stone products. This is all available from their yard in Leigh, Greater Manchester.
For more information visit their website here. Or, alternatively, follow them on Twitter here.

To enquire about sponsorship opportunities with Salford Red Devils E-Mail Adrian.Stores@salfordreddevils.net or call 0161 786 1590.