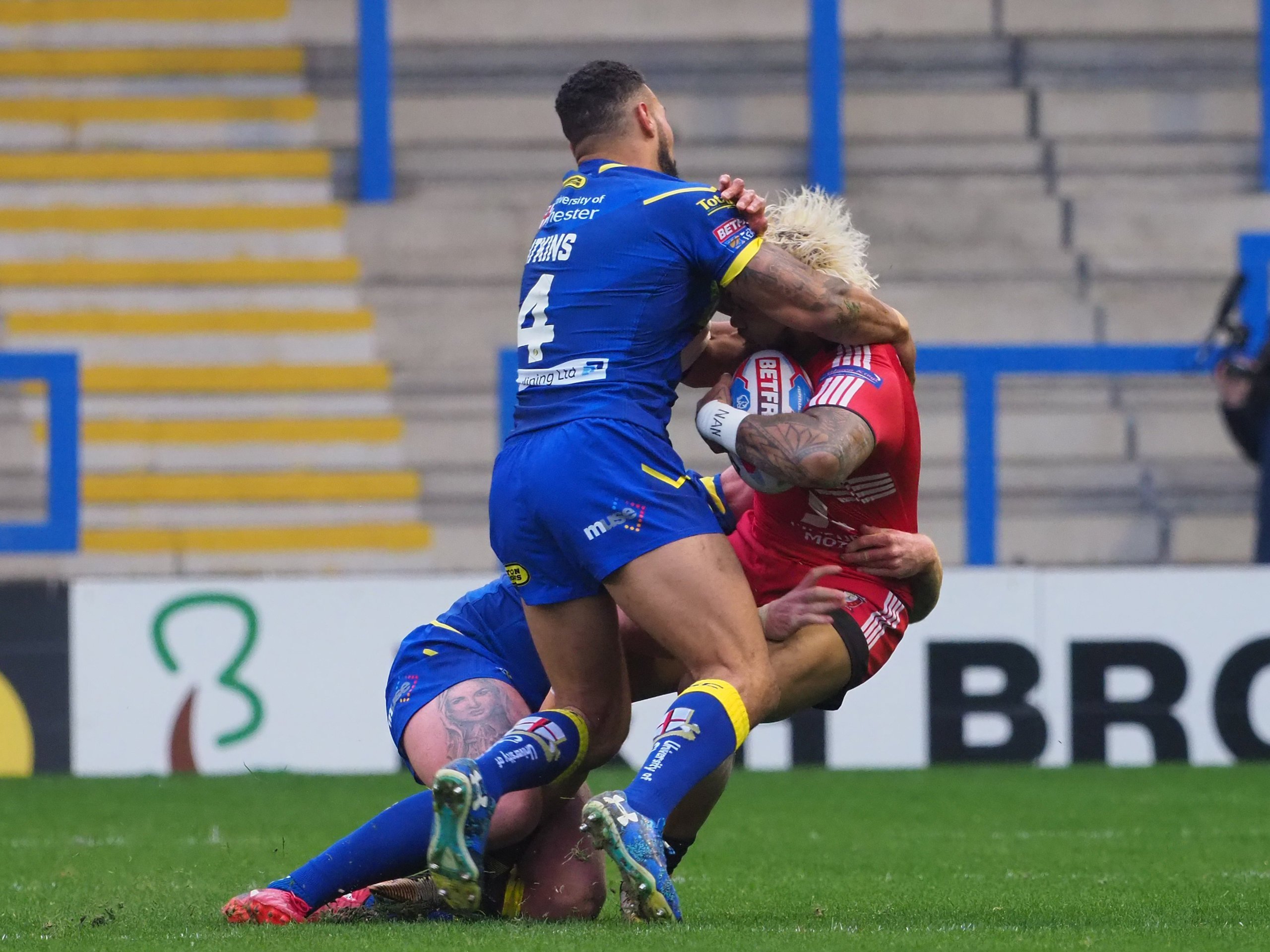 Ahead of Saturday’s #DerbyDay clash with Warrington Wolves we take a look at all the facts behind the fixture in this week’s factfile.
Head-to-head
The Red Devils managed to pull off a double against local rivals Warrington last season with a 24-14 victory at the AJ Bell Stadium and a dominant 12-38 win over the Wolves at Halliwell Jones Stadium.
This is the first time Salford have earned back-to-back victories over Warrington since 2006. Incidentally, this was the last time the Red Devils stringed three consecutive victories together over Warrington. Salford comfortably beat Warrington twice at the Halliwell Jones Stadium before a narrow one-point win at The Willows.
Overall, in the Betfred Super League, Salford have come out on top against Warrington 17 times while the Wolves have won 30 of the meetings. There is yet to be a Betfred Super League draw between the sides.
Try-scoring
Salford Red Devils centre Junior Sa’u has racked a phenomenal scoring streak against Warrington crossing in each of his last five meetings with the Wolves.
In fact, the Kiwi has a total of eight tries in his last five games against Warrington. Sa’u has actually scored three braces in this spell including one the last time the sides met at the AJ Bell Stadium. Sa’u currently sits on two tries for the 2018 season.
Tom Lineham has crossed for two tries in his last three games against Salford while Ryan Atkins has scored in four in his last four against the Red Devils however this came in the form of back-to-back braces as the centre hasn’t scored in his last two outings against Salford.
Milestones
Kris Welham is set to make his 200th Betfred Super League appearance this weekend against Warrington.
Welham racked up a massive 166 Betfred Super League appearances with Hull KR in a nine-year stint and since arriving at the AJ Bell Stadium has made 33 Salford Red Devils league appearances.
For Warrington, hooker Daryl Clark could be in line to make his 200th career appearance. Clark has played 98 games for Warrington since signing for the Wolves in 2015 he has also appeared for Castleford Tigers, England and England Knights.