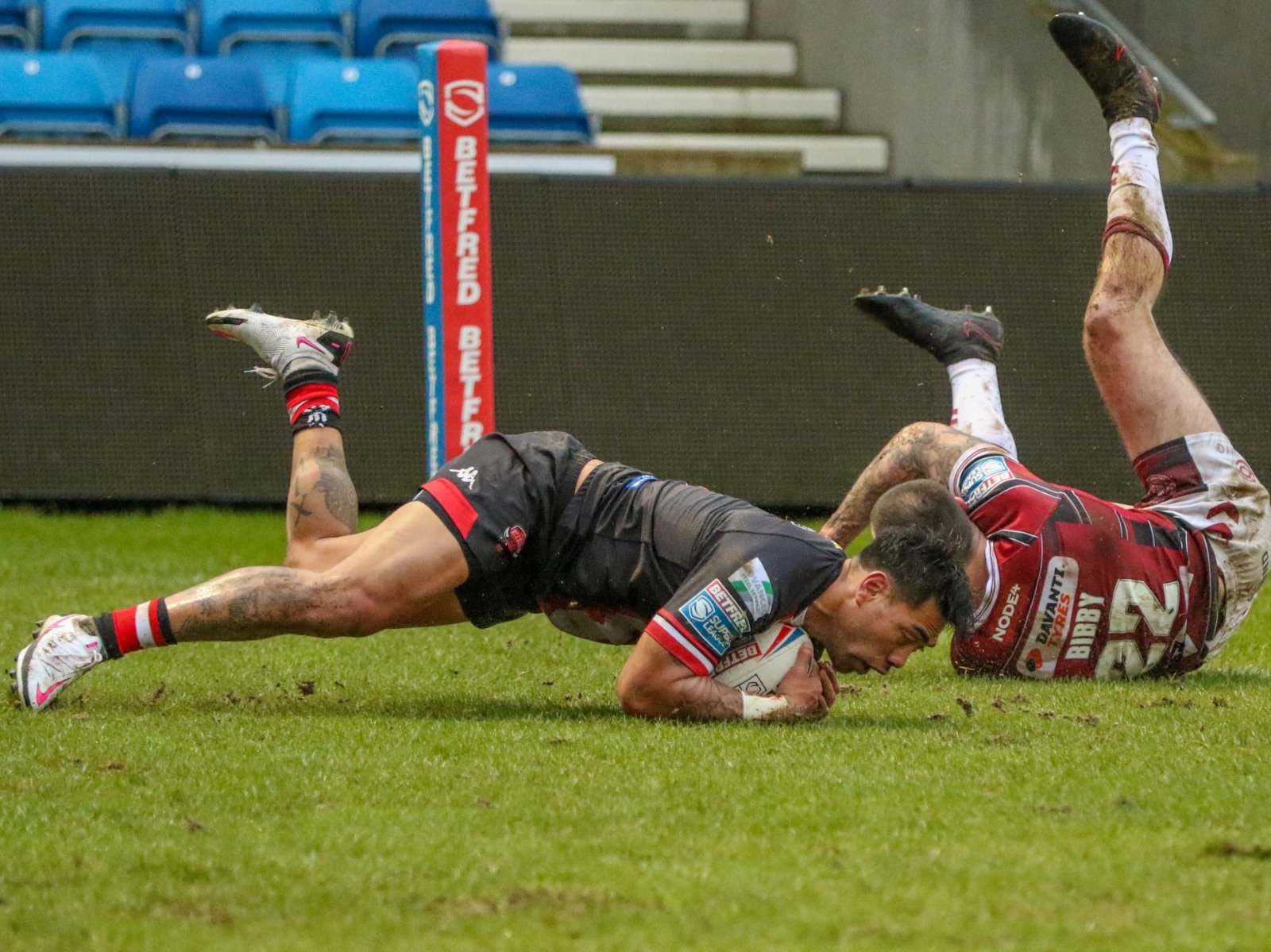 Salford Red Devils ran out 20-6 winners in a preseason friendly against neighbours Wigan Warriors at the AJ Bell Stadium.

In what was Salford’s first runout of 2021 and head coach Richard Marshall’s maiden game in charge, the Mother’s Day meeting with Wigan proved a solid test for the Red Devils who looked comfortable for the majority of the game.

After some back-and-forth play in the opening period, Kallum Watkins opened the scoring in the 19th minute after getting onto the end of a neat grubber kick from Tui Lolohea.

The visitors responded with a try of their own minutes later, Sam Powell powering over the Salford line from close range to get Wigan on the scoreboard.

Just before the half-hour mark, Ken Sio made sure Salford went into the break in front in what was almost a carbon copy of Watkins’ try. Lolohea breached the Wigan line with another clever grubber kick that Sio was able to reach first and ground down the right.

Salford came out looking strong in the second forty with some of the new boys like Elijah Taylor and Jack Wells adding some freshness to the lineup.

Watkins had a great chance to double his try tally in the 54th minute but was pushed into touch just before he could ground the ball in the right corner.

It was Morgan Escare, against his old club, who extended Salford’s lead though in the 64th minute. Jack Wells opened up the Wigan defence with a neat grubber kick of his own that Escare chased down, grounding the ball on the right flank.

With less than five minutes to go, Krisnan Inu finished off what was a solid performance from the Red Devils with a try of his own, barging over on the left.

The game provided a good chance for Richard Marshall to experiment with his new side and puts Salford in good stead for the season opener against St. Helens in just under two weeks time.