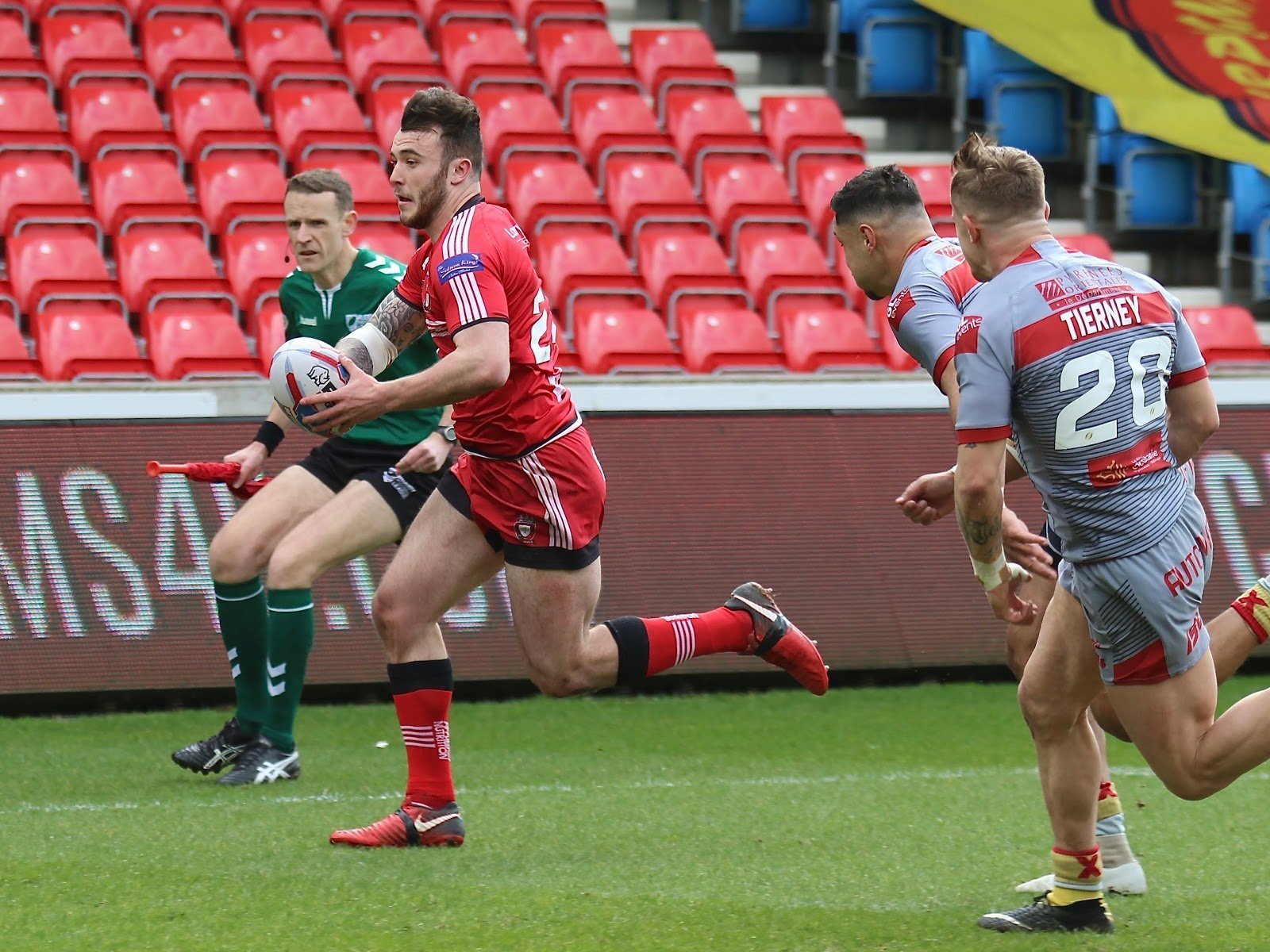 Ahead of tomorrow’s Betfred Super League clash with Catalans Dragons in Perpignan we take a look at some facts and stats behind the fixture.
Head-to-Head
It’s been a mixed bag of results for the Red Devils against Catalans Dragons in recent seasons. Salford have won two of the last three meetings with the sides but did come out on the losing side in the most recent fixture as part of this year’s Dacia Magic Weekend at St James’ Park, Newcastle.
However, Salford had earned back-to-back home victories over the Dragons before this with a 32-16 win over the Easter period following a massive 50-12 hammering of the French side in last year’s clash at the AJ Bell Stadium.

But, the Red Devils haven’t had much luck in Perpignan in recent seasons. Salford’s last win in France came in the form of a 22-10 victory in 2011 with the Red Devils losing in five of their last six trips to Catalans.
Overall in the Betfred Super League, Catalans have won 13 meetings, Salford have come out on top on 11 occasions and there has been one draw between the sides which was a memorable 40-40 affair back in 2015. You can read more about that game here.
Try-scoring
Junior Sa’u has scored in two of his last three visits to Perpignan. In fact, the Red Devils centre has crossed four times in his last three appearances in France crossing for a hat-trick at the Stade Gilbert Brutus in 2016.
Sa’u has scored seven tries this season for the Red Devils with the most recent coming in form of a double in Salford’s trip to Hull Kingston Rovers a fortnight ago.
Evalds – who returns to the 19-man squad this weekend – also has a terrific try-scoring record against the Dragons going over for four tries in last four games against Catalans. The fullback scored twice in Perpignan back in 2016 before crossing in each of the last two meetings at the AJ Bell Stadium. He missed the most recent game at the Dacia Magic Weekend through injury.

????️ Head Coach Ian Watson has named his 19-man squad who will travel to France to take on Catalans Dragons on Saturday afternoon.

???? @NEvalds1993 returns to the squad after nine weeks on the sideline.

Former Red Devil Jodie Broughton scored a hat-trick at this year’s Dacia Magic Weekend meeting between the teams and also crossed for a brace in a 32-42 Dragons win in 2016. The winger has scored five tries in the last four games between the two clubs.
Fellow winger Fouad Yaha has scored three tries in his last three games against Salford however all three came at the AJ Bell Stadium. Vincent Duport – who is two scores from 100 career tries – has enjoyed playing against Salford with six tries against the Red Devils since 2015.
Jake Bibby extended his try-scoring run to four consecutive games last weekend with his try against Castleford Tigers. Bibby is now level in terms of current try-scoring sequences with Huddersfield’s Darnell McIntosh, Hull KR’s Adam Quinlan and Wigan’s Tom Davies.
Ready for the Rhinos!
Purchase your tickets for our game with Leeds on Friday 27th July from the Club Ticket Office, on 0161 786 1570 or by simply clicking HERE.