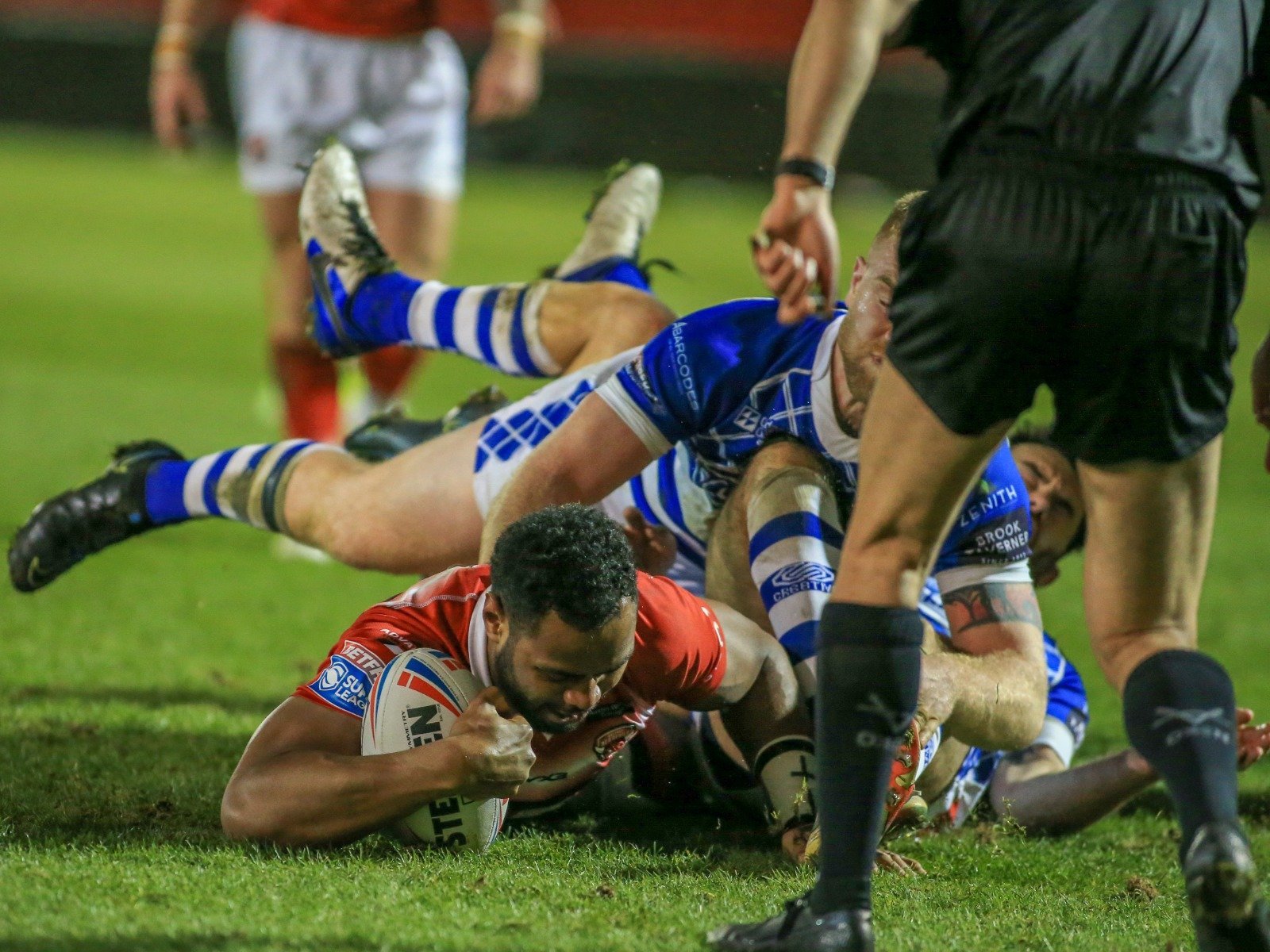 After their comprehensive victory over Swinton, earlier in the week, Salford Red Devils continued their build up to the 2021 season with a second encouraging win, this time over Halifax Panthers, in defence of the Colin Dixon Memorial Trophy.

As one of the sides expected to challenge for a top four place in the Championship, it would have been of no surprise if the visitors had sprung a surprise start on their hosts, but the Red Devils had clearly learned from their experience at the hands of the Lions, and ensured that it was they, and not their opponents, who took early command.

That command was such that within ten minutes, fullback, Ryan Brierley, impressive in his new role, had crossed for two tries, which, with Marc Sneyd’s conversion of the first of these, gave the home side a ten point advantage, in as many minutes.

Thoughts of a runaway victory, however, were short lived, and the Yorkshire side galvanised, and forced themselves back into an arm wrestle, which they maintained for almost fifteen minutes, thereby preventing Salford from any further scores.

In fact it was the visitors who eventually broke the deadlock, when, after a period of sustained pressure, they crossed for an unconverted try to reduce the difference to a mere six points.

There were many pleasing aspects of the Red Devils’ performance, on the evening, and the way that they responded to this setback was certainly one of them.  From the kick off they took control, and, within five minutes, had scored again, with the converted try coming to King Vuniyayawa, thanks to the great line, and power, of his running.

The closing stages of the first half had proved,  last season, to be a quite problematic period, and indeed Halifax really put the Reds under a ten minute patch of intense pressure.  On this occasion, however, the Salford players stood up manfully to everything that their opponents could throw at them, in order to maintain that comfortable, though not as yet, commanding lead, into half time.

That ability to master adversity was displayed to the full, when, six minutes into the second half, they were reduced to twelve men.  An overly ambitious offload, on attack, went into the hands of a Halifax player, who set up a most threatening counter-attack.  Whilst the Reds scrambled magnificently to snuff out the danger, it did lead to the sinbinning of Joe Burgess for holding down.

The best way to deal with a one man deficit is to keep possession away from the opposition, and not only did Salford do this, they capped it with another score.  Moments after Danny Addy had been held up over the line, Amir Bourouh scooted over to put the Red Devils  into a three score lead.

Having thus got themselves into the driving seat, they were then able to wear down the opposition, and pile on the pressure with further tries by Rhys Williams and Matt Costello.

True, Halifax had the last word with a converted try in the corner, but, less than two minutes from the end, it was but mere consolation, with the Reds lifting the coveted trophy in memory of one of the outstanding pillars of the game, who had represented both teams of the night, not to mention Great Britain and Wales, with such distinction.

The players now have a two week period of grace before their final warm-up game at Warrington, during which time they can continue to work to eliminate the few remaining areas of concern.  If the level of improvement, during that time, matches that of the previous five days, they will be well placed for the start of the season. 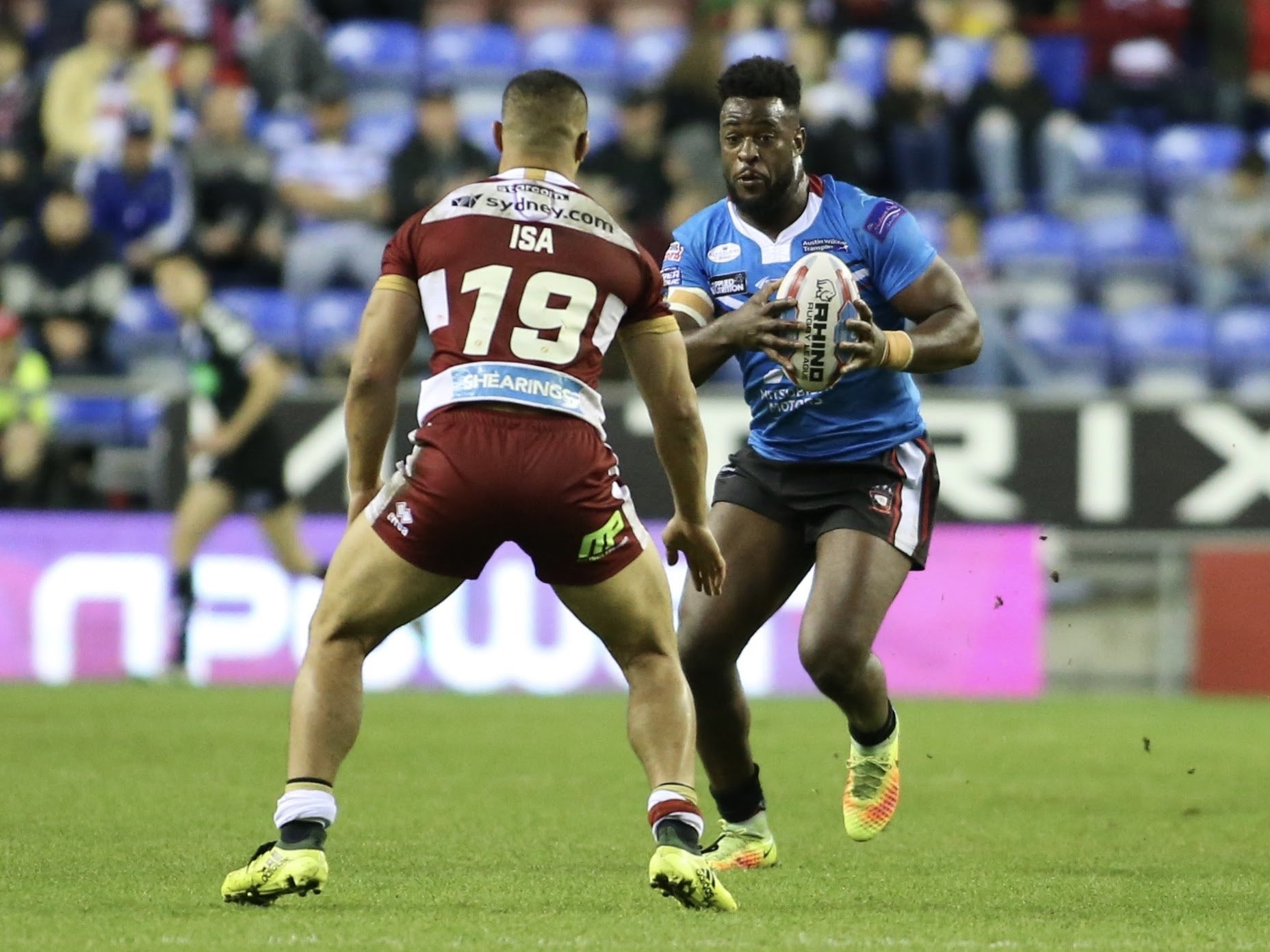