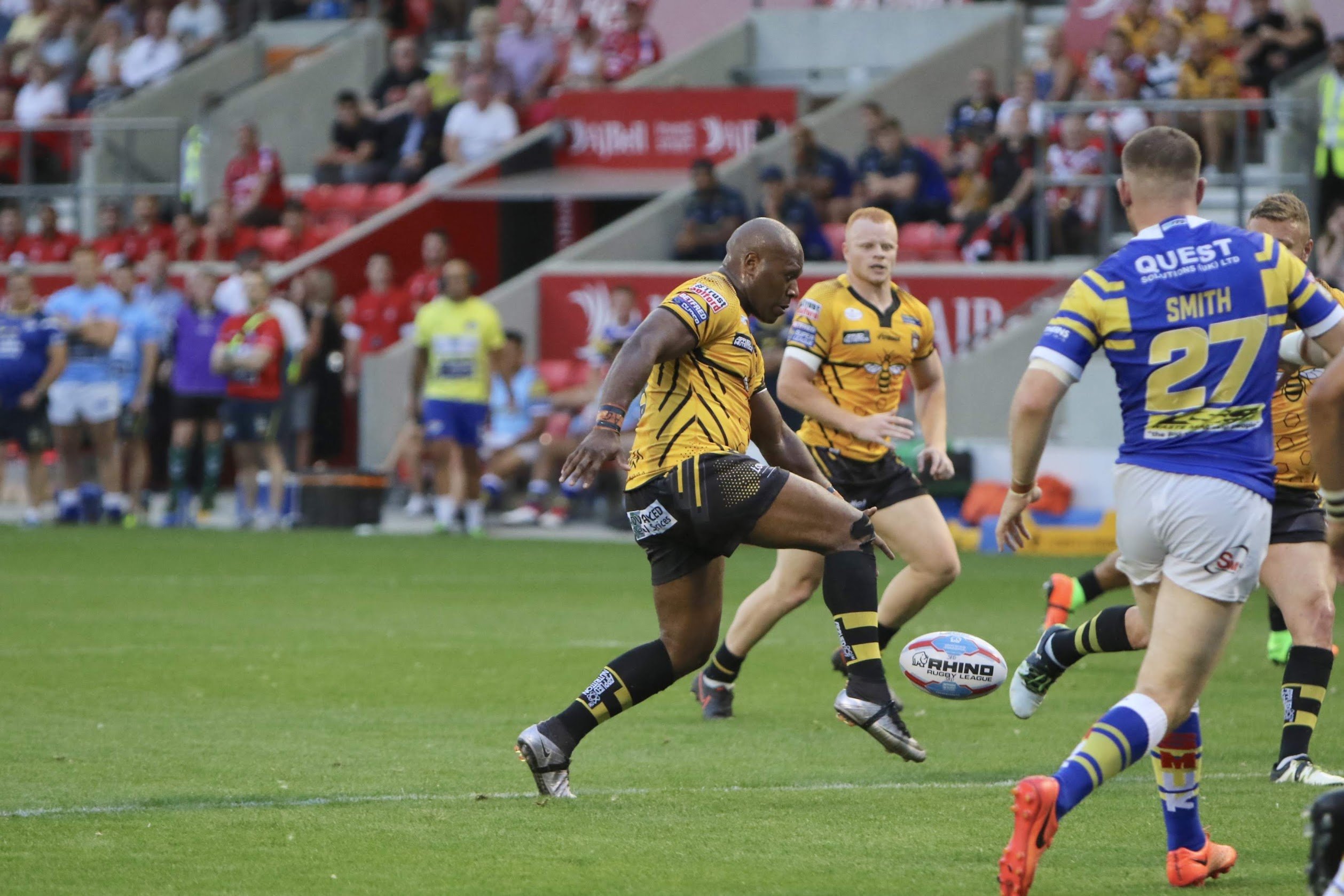 Following last night’s memorable victory over Leeds Rhinos, we take a look at three talking points in the aftermath of the game.
Jackson Hastings
Where else do you start?
Jackson Hastings made his much-anticipated debut for Salford Red Devils last night and – despite only playing the opening twenty minutes – made a massive impact at the AJ Bell Stadium.
Hastings began lively and almost put Niall Evalds through a gap inside the opening minute. On the ten-minute mark the two would eventually link up as Hastings took advantage of a quick play-the-ball, bamboozled the Leeds defence with a dummy before finding Evalds who would finish.

???? An absolutely outrageous dummy from @JackoHastings before he found an onrushing @NEvalds1993 who crossed for his first try since returning from injury.

And, Hastings wasn’t done there. He was quickest to react to a low Rob Lui kick moments later notching a try on his Red Devils debut. The 22-year-old had to leave the field early however both the Australian and Head Coach Ian Watson confirmed that this was precautionary after a long week for the new arrival.
Resilience
In his post-match press conference Ian Watson pointed to his sides resilience as a key factor behind their victory over Leeds; the biggest in the Betfred Super League era for Salford against the Rhinos.

Prop-forward Lee Mossop saw himself sent from the field after just twenty minutes for an altercation with Carl Ablett however it didn’t seem to hinder the Red Devils. Leeds did score on the back of the red card however Salford battled it out and managed to play for a whole hour with a one-man deficit and still come away with the victory.
In fact, during the period in which Salford were down to twelve men they actually matched Leeds scoring sixteen points apiece. There was a lot of big defensive efforts across the park for Salford in the second half before Niall Evalds’ crucial second try.
Danger
While we’ve touched on Jackson Hastings, there were a handful of contributing factors to the Red Devils looking more dangerous than in previous weeks.
Rob Lui – who was named Man of the Match – played an almost perfect game against Leeds yesterday evening. Lui was exceptional alongside Hastings and then controlled the game once the youngster left the field. The halfback crossed for a pivotal try on the stroke of half-time before hurting Leeds continuously with his pinpoint kicking game.
Niall Evalds returned to the AJ Bell Stadium for the first time in almost three months after a spell on the sidelines and what a return it was. Evalds crossed for two tries with his first showcasing his brilliant support play while his second displayed his ability to come into the attacking line.
Finally, sticking with the back line, Ed Chamberlain was another standout performer hitting lines out wide and racing away for a try in the first half. Chamberlain recently signed a two-year contract with Salford and has already began to show what he is capable of.

18' – TRY SALFORD! Some slick hands go out to the right-hand side and Ed Chamberlain goes through a gap before racing 30m to score in the corner.