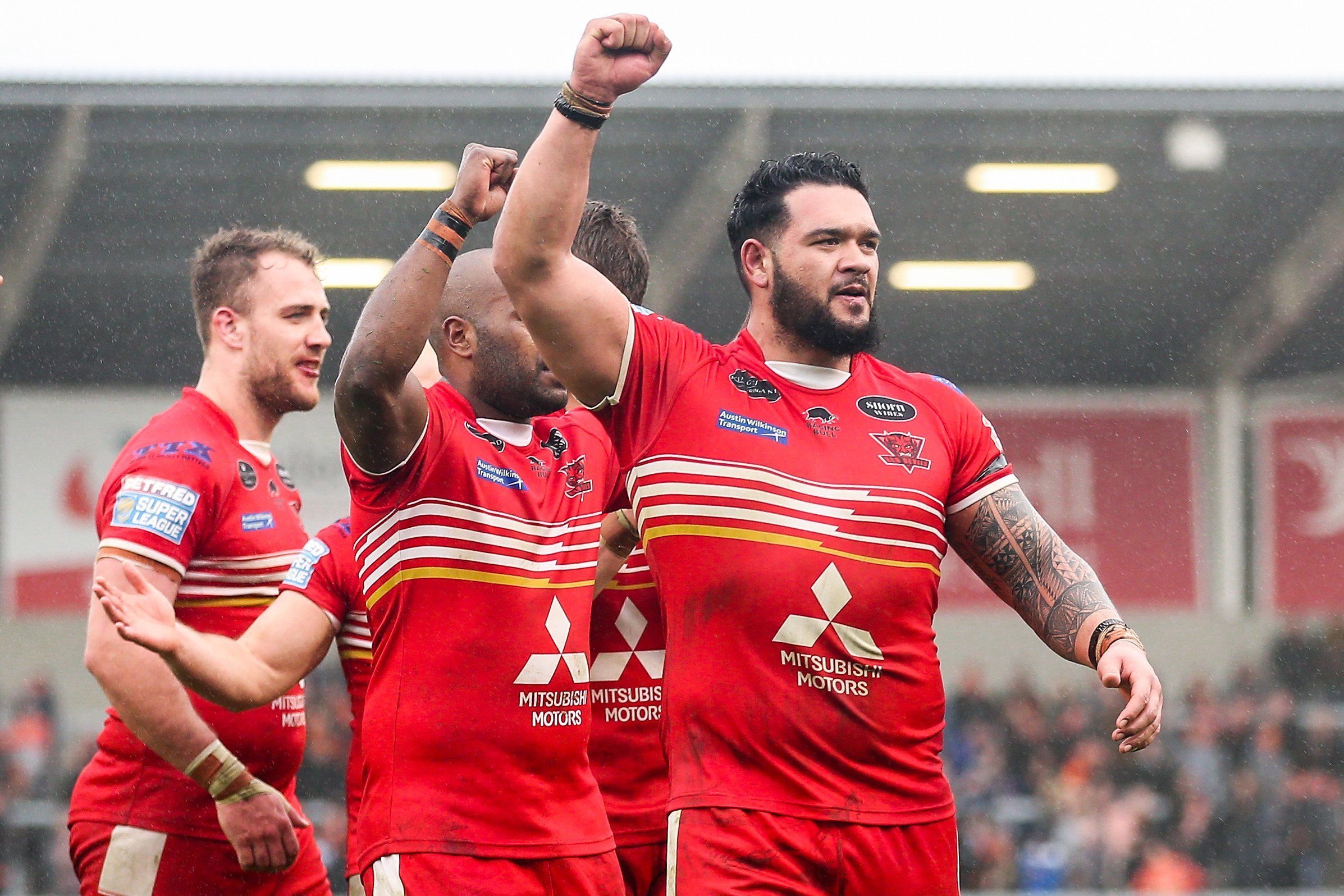 The Salford Red Devils face league leaders Castleford Tigers in their first home game of the Super 8s at the AJ Bell Stadium on Friday night.
Form
Both sides come into this weekend’s clash on the back of defeats in the opening round of Super 8’s fixtures. Ian Watson’s side fell to defeat at Hull while Castleford’s 13-month unbeaten run at home was ended by an in-form St Helens side.
It’s been a difficult few week for the Red Devils who have now won just one of their last seven fixtures. Three consecutive league defeats were followed by a Ladbrokes Challenge Cup semi-final exit before a Super 8s opening round loss at the KCOM Stadium.
Castleford headed into the Super 8s in terrific form, as they have been for much of the season. The Tigers came into the Super 8s on the back of five consecutive wins after beating Leeds, Hull, Wakefield, Salford and Catalans.
However, a tough defeat against St Helens which saw James Roby cross twice has dealt a minor blow to Castleford’s Super 8s campaign but Daryl Powell’s men are still the favourites to win both the league leaders shield and the Super League Grand Final.
The key battle
Manu Vatuvei has made an instant impact to the Red Devils since arriving last month and the former New Zealand international opened his try-scoring tally last weekend as he crashed over twice in the defeat to Hull FC.
However, Castleford’s wingers have been the envy of the league this season however with Greg Eden and Jake Webster currently injured Daryl Powell has had to make some changes in the outside backs.
Joel Monaghan has come back into the side and will go head-to-head with Vatuvei on the flank. Both players have tonnes of experience at the highest level with ‘The Beast’ representing New Zealand 29 times while Monaghan has donned the green and gold of Australia.
Monaghan will have to deal with the raw pace and power that Vatuvei provides the Red Devils out wide while Monaghan’s aerial game could cause the Kiwi problems. The game could be decided on which winger takes control in the early stages.
The meetings this season
Salford became the first team to defeat Castleford in 2017 with a narrow 13-12 victory at the AJ Bell Stadium with Ben Murdoch-Masila and Gareth O’Brien being the heroes. You can read a full flashback to the game in March here.
However, the Red Devils fell to a 38-14 defeat at the Mend-A-Hose Jungle last month with Greg Eden and Joel Monaghan grabbing braces alongside tries from Ben Roberts and Zak Hardaker. Gareth O’Brien, Kris Welham and Jake Bibby scored for the Red Devils but a comeback was never a reality.
Ian Watson said following the defeat: “We’ll play Cas again and we’ll see how we go then. We’ll be better for this experience come the Super 8s.”
Fans can still purchase ticket’s for tomorrow night’s game against Castleford over the phone, at the club’s ticket office or online via the club website. Supporters are also reminded that season tickets are still valid for all Super 8s home fixtures.