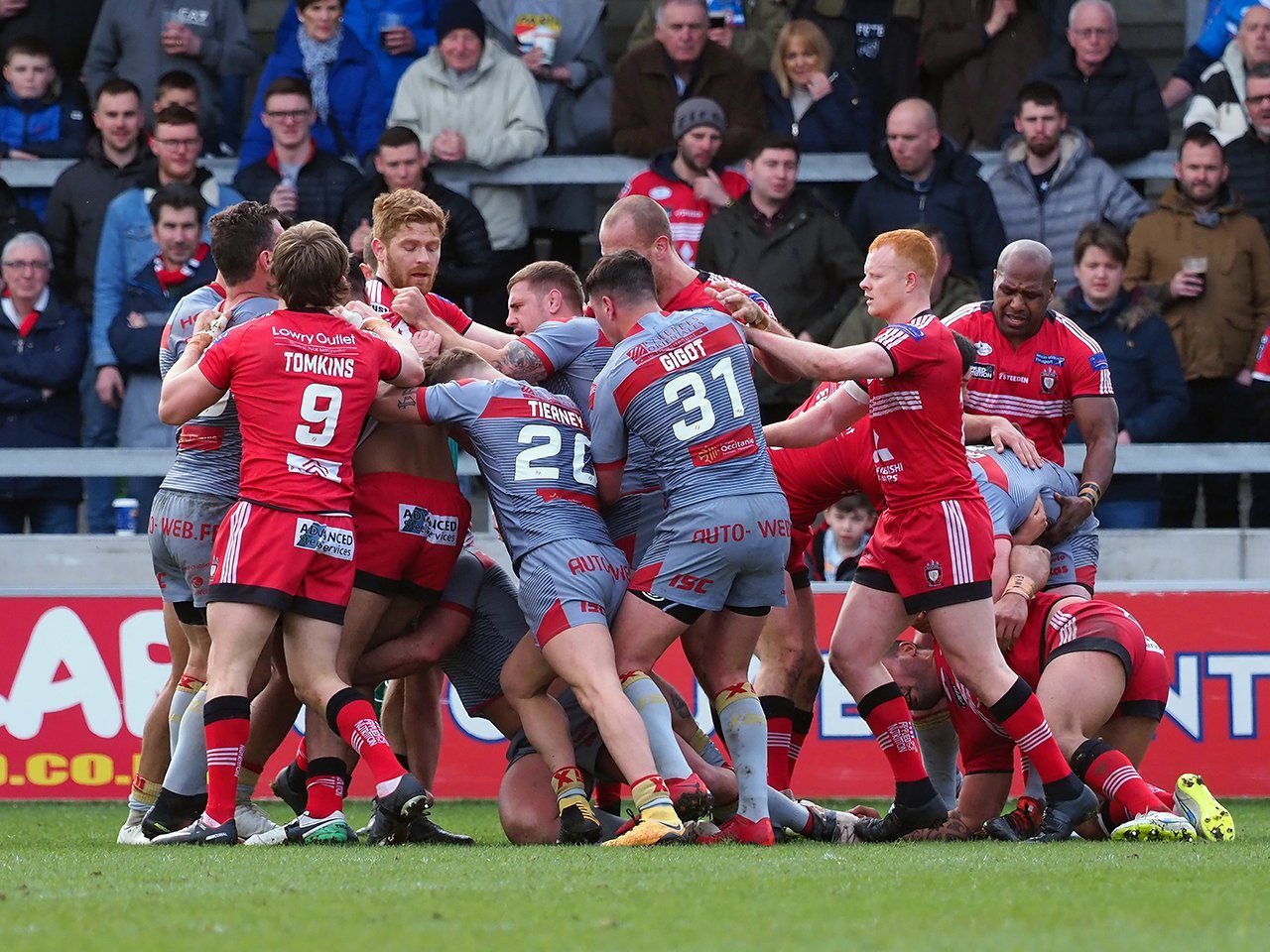 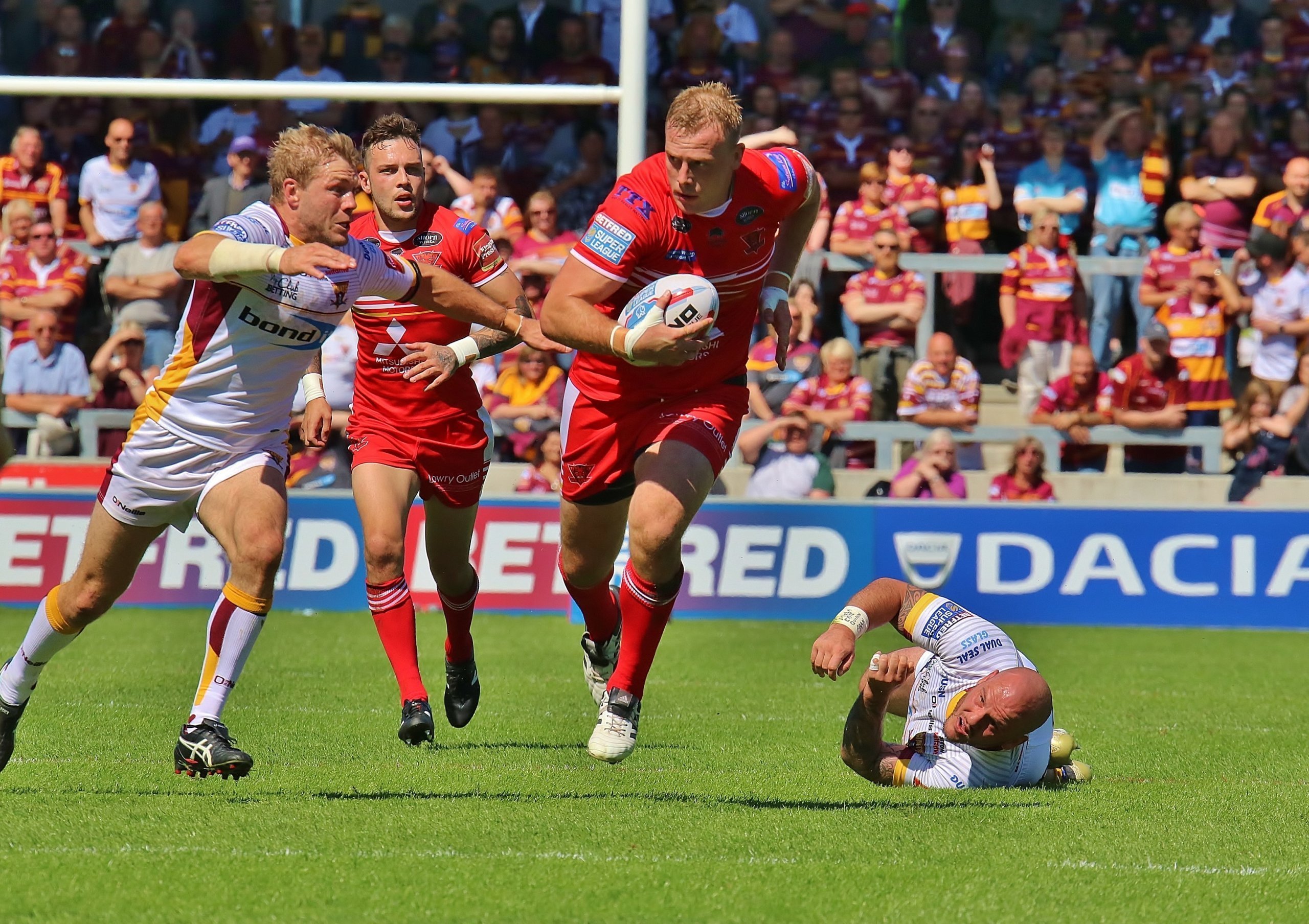 Ahead of this weekend’s Super 8s clash with Huddersfield we look back to a memorable yet narrow victory for the Red Devils over the Giants back in 2013.
Salford went into the game bottom of the pile in Super League however caretaker coach Alan Hunte managed to mastermind an upset against a Huddersfield side who’d started the season well.
The Red Devils managed to race into a 14-6 lead in the first-half. Shaun Lunt opened the scoring but on-loan debutant Lee Gaskell raced 40 metres to put the hosts ahead before Jodie Broughton and Ashley Gibson extended Salford’s lead.
Jermaine McGillvary went over just before the break to reduce the arrears however Hunte’s men regained their lead after the interval as Jordan James forced his way over.
The Giants notched back-to-back tries in quick succession through, then Giant, Craig Kopczak and Danny Brough to draw the scores level at 20-20 going into the closing stages. Brough did have the chance to put Huddersfield ahead but his conversion came back off the post.
However, Red Devils full-back Marc Sneyd stepped up and managed to kick a one-pointer to secure a victory for Salford and helped them earn just their second win of the season.
Despite the impressive result it would be one of just six victories for the Red Devils in the 2013 Super League season while the Giants would go on to win their first ever Super League League Leaders’ Shield.
The team that day: Sneyd, Murphy, Gibson, Gaskell, Broughton; Fages, Foran; Griffin, Godwin, Neal, Ashurst, Dixon, Wild. Interchanges: James, Boyle, Owen, Nero.