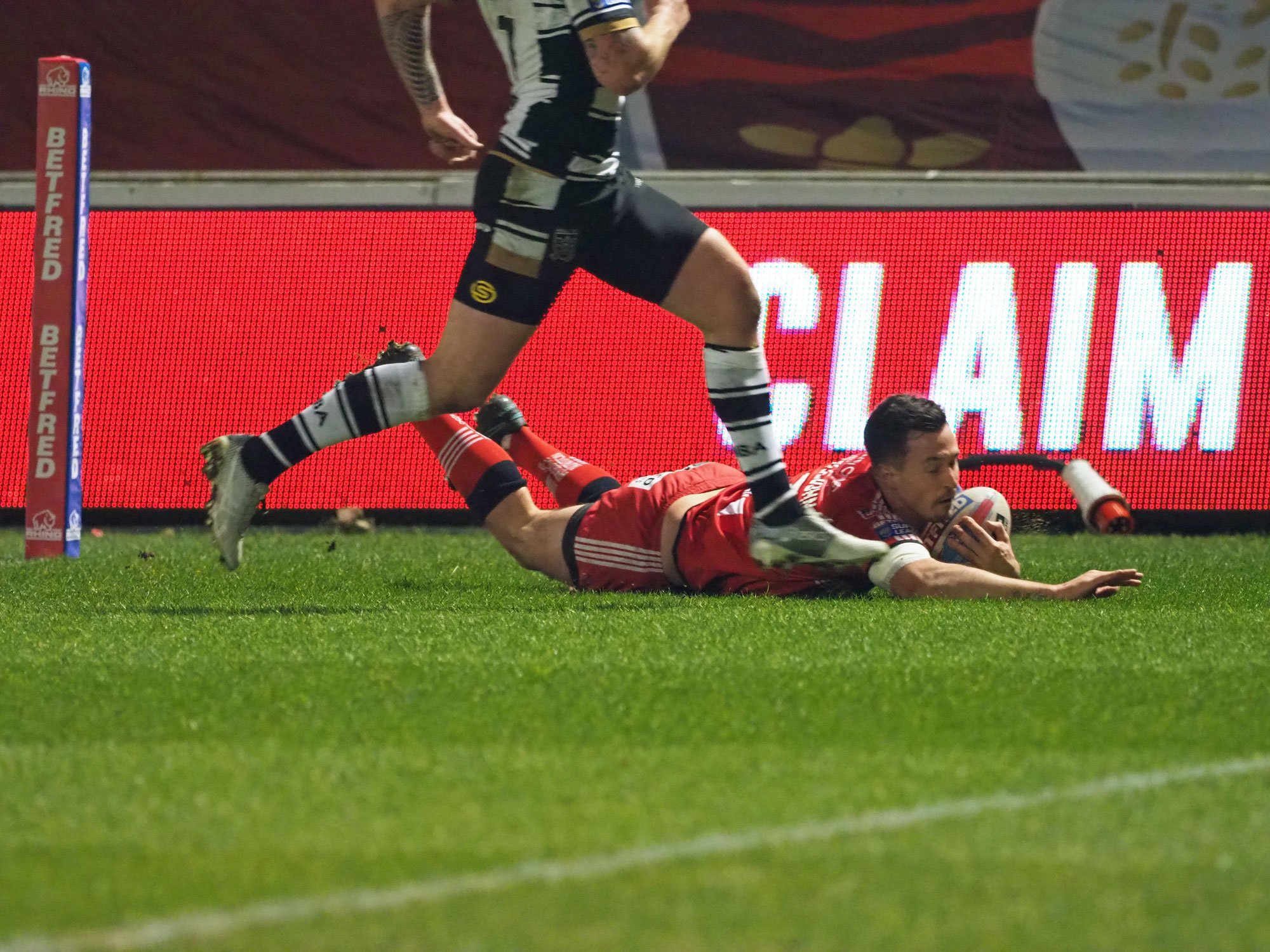 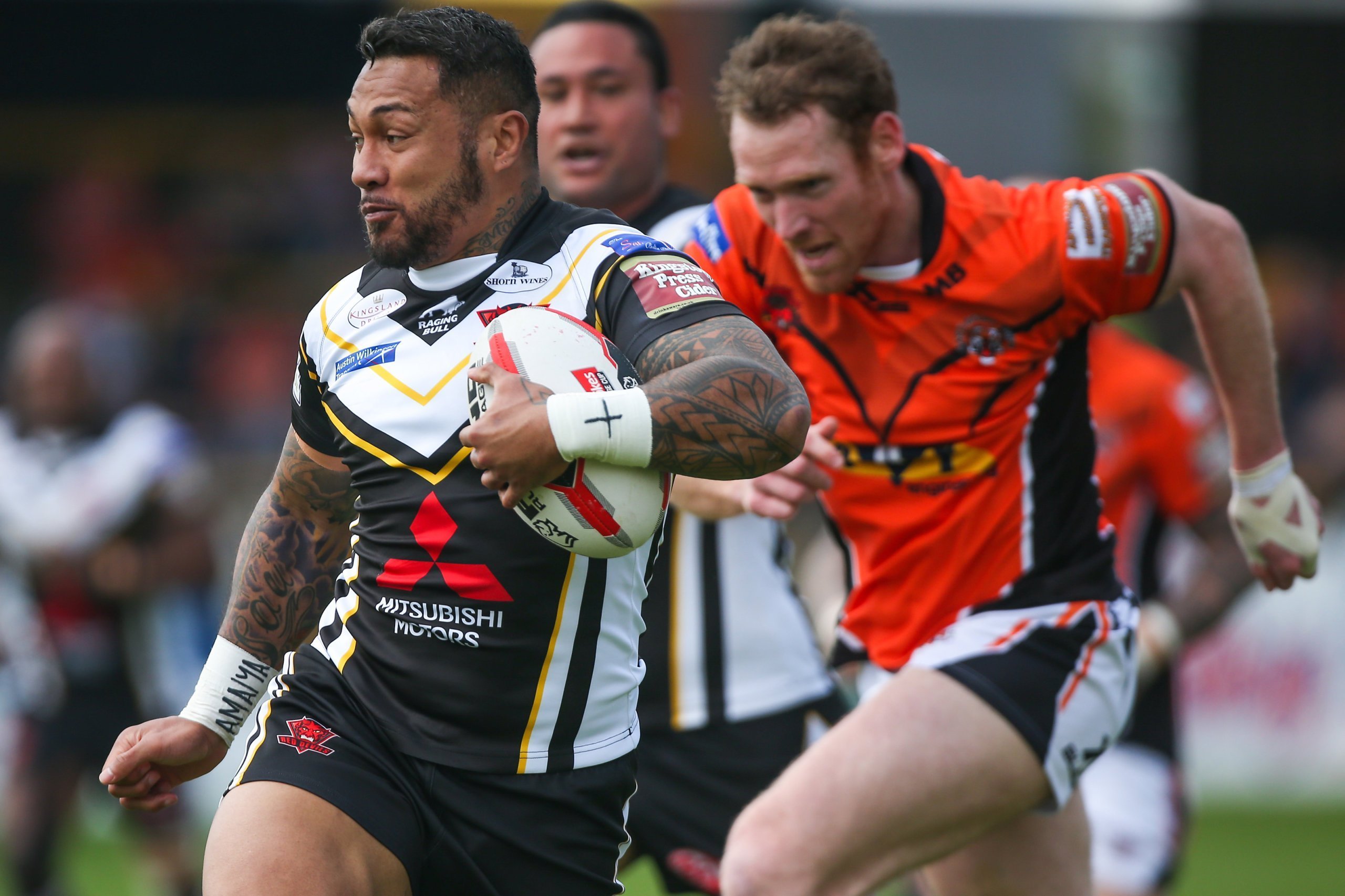 Ahead of tomorrow’s Betfred Super League tie with Castleford Tigers at the Mend-A-Hose Jungle we take a look at the last time Salford earned victory at Castleford.
Salford managed to earn a comfortable 16-32 victory which marked their first win at Castleford since 2004.
On-loan winger Justin Carney was the difference between the sides on his return to the Mend-A-Hose Jungle however he spent ten minutes in the bin in the early stages following an altercation with Nathan Massey.
Gareth O’Brien got the scoring underway converting a long-range penalty goal before Greg Johnson’s try extended the lead for Salford. However, Castleford did narrow the arrears to just two points before the interval with a score in the corner from Denny Solomona.
Josh Griffin would cross in spectacular fashion after half-time before Carney grabbed his first try of the afternoon to put Salford in command.
The Tigers hit back as Solomona notched two tries in quick succession. His first coming from a break from Paul McShane before squeezing over in the corner to round off his hat-trick.
But, any hope Castleford had off completing a comeback was soon diminished as Griffin scored his second of the afternoon. Carney also scored a double in the dying stages latched onto a long kick to add insult to injury for The Tigers.
Following the game Salford Red Devils Head Coach Ian Watson said: “We haven’t seen the game out over the last few weeks so it’s pleasing to come to Castleford and get such a massive result. They’re a good team.”
The teams that day:
Castleford Tigers: Dorn, Monaghan, Crooks, Webster, Solomona; Hampshire, Gale; Lynch, Milner, Jewitt, McMeeken, Cook, Massey. Interchanges: McShane, Boyle, Springer, Maher.
Salford Red Devils: O’Brien, Carney, Sa’u, J. Griffin, Johnson; Lui, Dobson; Kopczak, Lee, G. Griffin, Murdoch-Masila, Jones, Lannon. Interchanges: Flanagan, A. Walne, Tomkins, Joseph.

Visit the title sponsors at Magic Weekend as the campaign to find Rugby League’s most knowledgeable fan begins Josh Griffin was put to the test, now it’s your turn!
Do you know everything there is to know about the sport? Are you Salford Red Devil’s most knowledgeable fan? Then First Utility is looking for you!
First Utility, the title sponsors of the Super League, are launching a search at Magic Weekend to find the First Utility Fanorak, with the Ultimate Grand Final VIP package up for grabs.
First Utility know that Knowledge is Power and aims to find Rugby League’s smartest fan by asking fans to take part in a 10 question Super League quiz at Magic Weekend’s FanZone.
The quiz will be made available on Facebook.com/FirstUtilitySuperLeague from Monday 23rd for all those who can’t make the trip to Newcastle.
The Salford fan with the highest score will be crowned the “Salford Red Devils First Utility Fanorak” and the three highest scores will then take part in a showdown at the First Utility Dream Team launch later this year. The winner of this finale will then enjoy the following at the Grand Final in October:
 Four tickets to Grand Final with VIP experience
 Tour of Old Trafford before the match
 Stay at hotel night of Saturday 8th (for 2 people)
 Signed memorabilia
To launch the search, First Utility visited Josh Griffin to put his knowledge to the test
https://www.youtube.com/watch?v=EqzvHmqdIfo
First Utility is a different kind of Energy Company that saves you money and puts you in
control. It will also be rewarding fans of the First Utility Super League this season with
customer rewards such as exclusive training sessions and merchandise. For more
information on how you could save an average of £334 off your energy bills, visit
https://www.first-utility.com/
Terms & Conditions apply – visit https://www.first-utility.com/wp-
content/uploads/2016/05/TermsandconditionsFirstUtilityFanorak.pdf